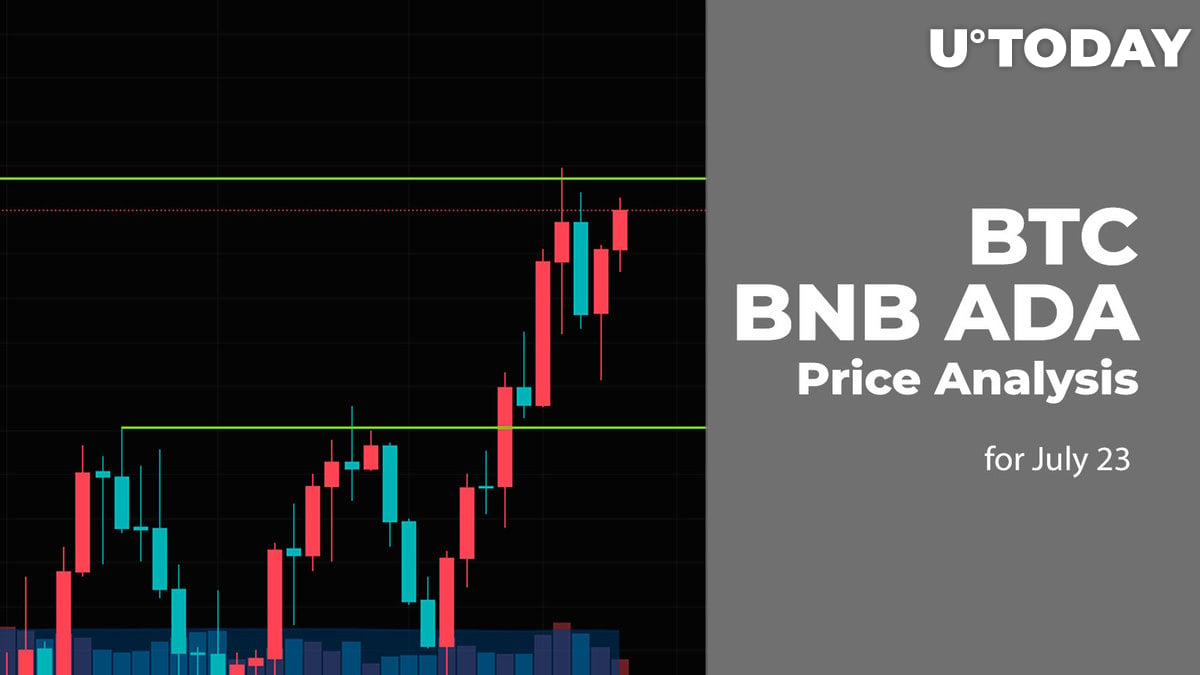 The weekend has started with a correction on the cryptocurrency market as most of the coins are in the red zone. 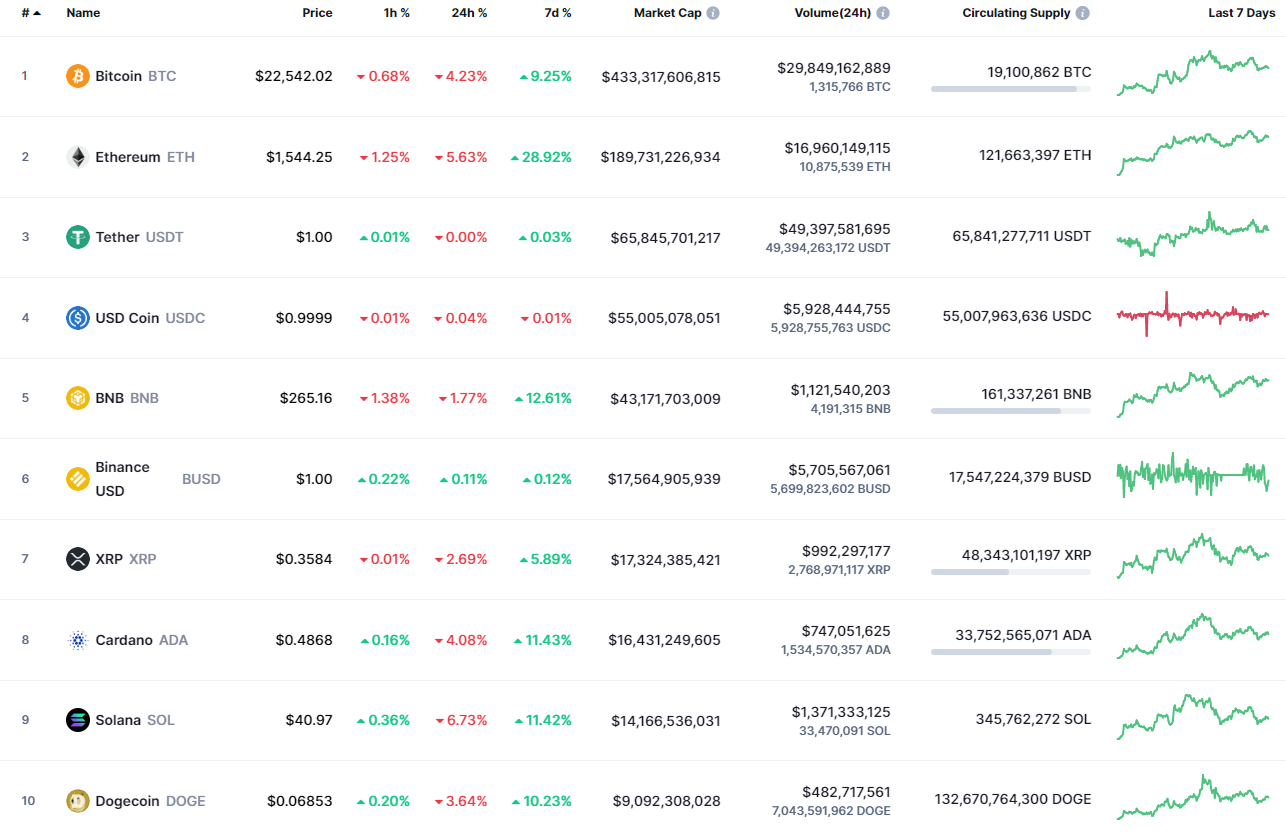 Bitcoin (BTC) has continued its fall after yesterday's bearish candle, falling by 4% over the last 24 hours.

Bitcoin (BTC) has returned to the local bearish trend as the price has made a false breakout of the $23,000 mark. Thus, the rate is approaching the support level at $22,400 on the daily chart. If the bears' pressure continues, one can expect the test of the $22,000 area next week.

Binance Coin (BNB) is the so-called "biggest gainer" as it has only declined by 1.61% since yesterday.

Binance Coin (BNB) could not fix the price above the $270 mark, which means the native exchange coin has not accumulated enough power for a continued rise. If buyers cannot seize the initiative, the fall might lead to the $250 zone. Such a scenario is relevant until the end of the current month.

Cardano (ADA) has continued the fall after the false breakout of the $0.4921 mark. Even though the selling volume is low, bulls have lost the initiative after the failed attempt to get to the $0.50 zone. Respectively, one should pay close attention to the $0.45 mark, where a local reversal is possible.