Denys Serhiichuk
Is current decline a correction before further rise? 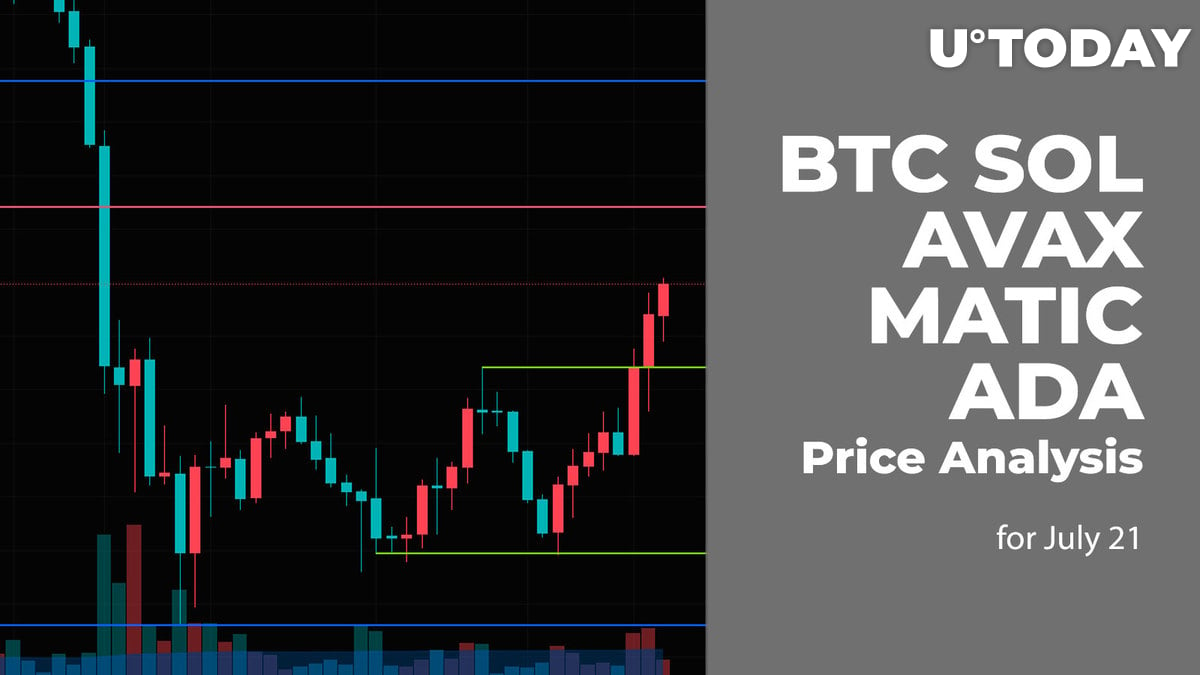 After a few days of growth, the cryptocurrency market has entered the correction phase as most coins are in the red zone. 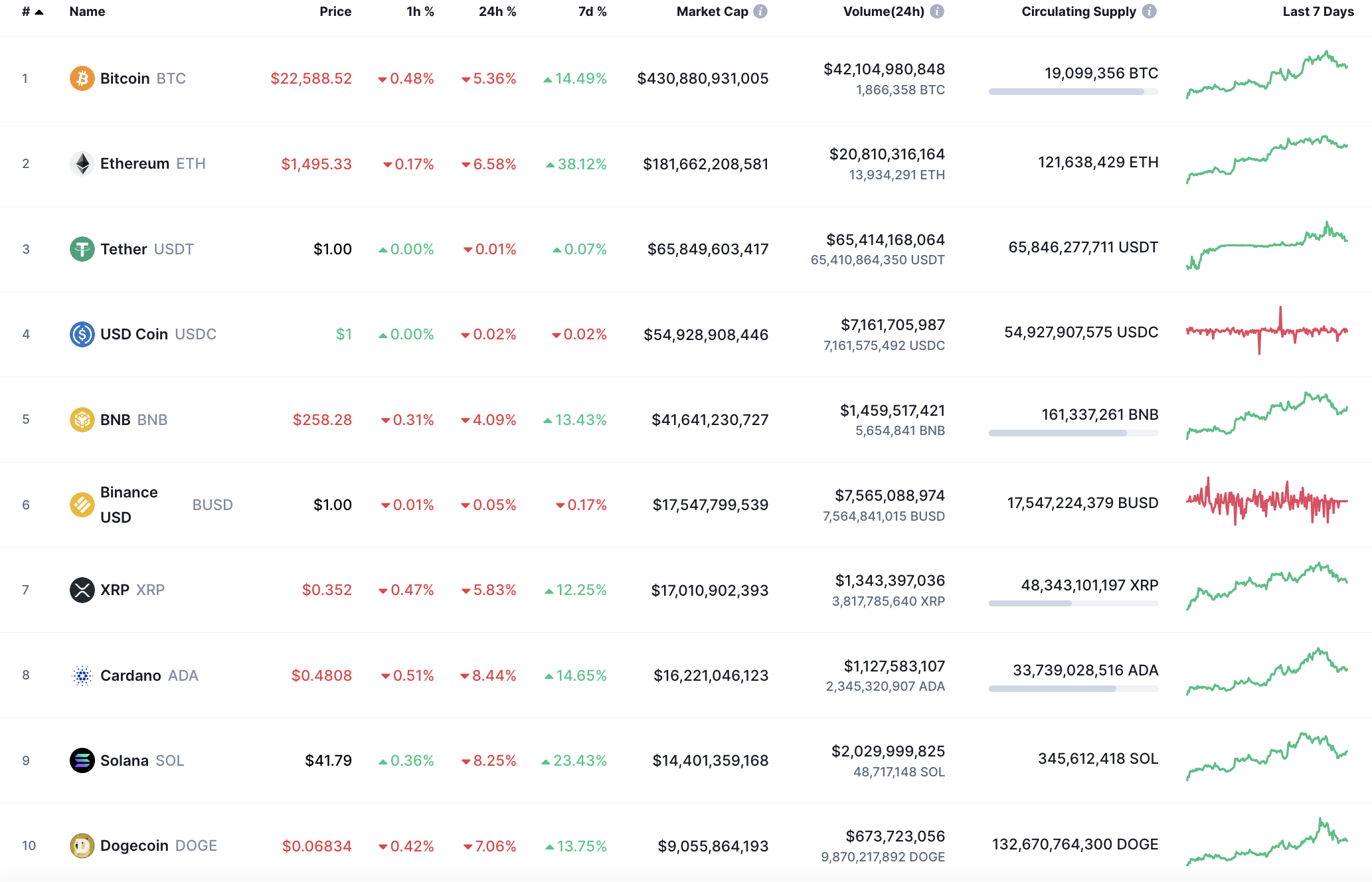 On the daily chart, Bitcoin (BTC) has continued the drop after yesterday's bearish candle, falling below $23,000. At the moment, the price has bounced off the mirror level of $22,400.

Until the rate is above it, bulls keep controlling the situation on the market. In this case, one can expect a return to the $23,000 mark soon.

Solana (SOL) has lost more than Bitcoin (BTC) with a decline of 9%.

Despite the fall, Solana (SOL) remains bullish as the price has bounced off the support level at $39.72. Thus, the rate has returned above the $40 mark. All in all, if the slight rise continues, a return to the $45 zone is just a matter of time.

Avalanche (AVAX) has followed the drop of Bitcoin (BTC), losing 6% of its price share since yesterday.

Avalanche (AVAX) is rising after yesterday's decline, which means that the fall was a correction before a further rise. At the moment, one should pay attention to the $25 mark. If the rate can return to it and fix above, there are high chances to see a midterm bull run.

Cardano (ADA) is the biggest loser from the list today as it has decreased by almost 9%.

Cardano (ADA) is looking worse than other coins as the rate has fixed below the level of $0.4921. Currently, bears are more powerful than bulls, and the test of $0.45 is more likely to see than growth to $0.50. In addition, the selling volume has increased.

Unlike other digital assets, MATIC has almost absorbed the recent fall.

MATIC has continued to rise after the false breakout of the $0.80 mark. At the moment, the price is on its way to $0.90, the breakout of which may be a prerequisite for a further upward move to the $1 zone.