Bitcoin Price Dips Below $8,000 as Consensus Fails to Live Up to Hype

Darryn Pollock
Bitcoin’s bull run has been inconspicuous of late as the digital currency dipped below $8,000 for a number of reasons 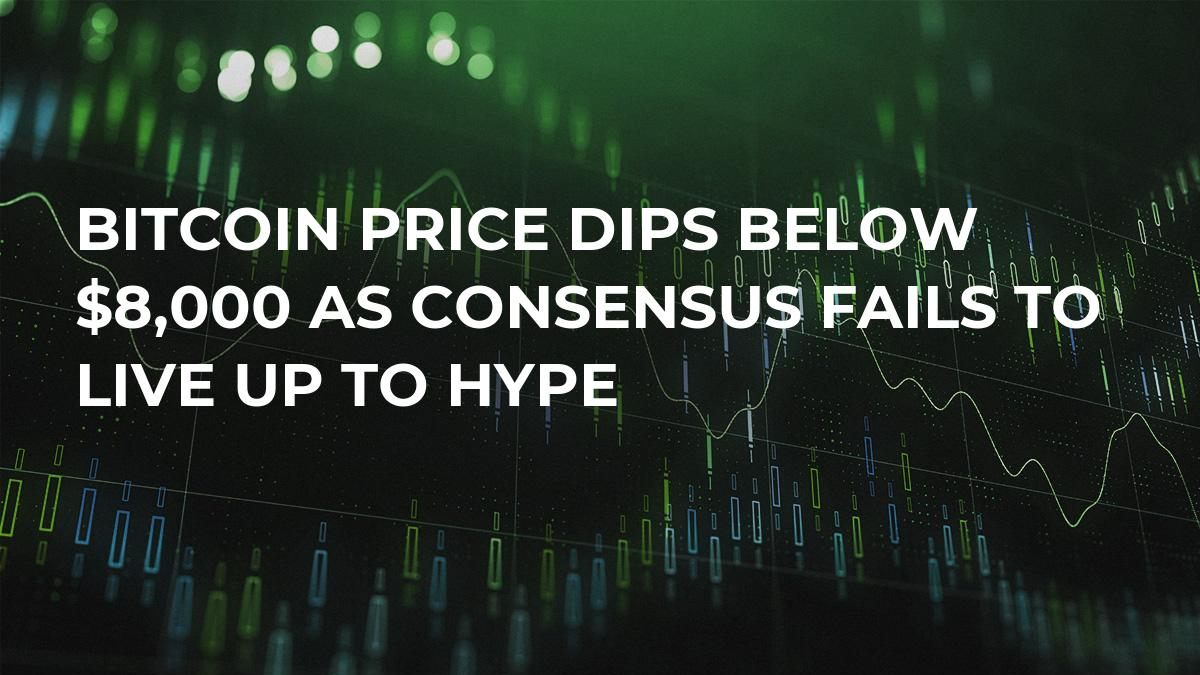 Bitcoin was well on its way to $10,000 not too long ago as the steady rally from its position closer to $6,200 led Bitcoin to quite a few green days. However, since touching the limits of $9,900, Bitcoin has dropped to a position where it was under $8,000 for a while today.

There are a few reasons as to why Bitcoin's price is going the way it is currently, with Consensus, a raid in South Korea and a Mt. Gox sell-off probably to be blamed for the negative environment currently.

The belief, backing on evidence from past years, was that the positive environment surrounding one of the biggest cryptocurrency conferences globally, Consensus, would spike the Bitcoin price.

This has not been the case this year as Bitcoin price first fell on the eve of the conference, but then through the conference, and now after its concussion, the price is even lower.

In previous years, through the conference, Bitcoin price has gone up between 10 and 69 percent within three years. This is the first time it is in the red at the end of the conference.

Before Consensus began, and the likes of Tom Lee were predicting a boom in Bitcoin price, it fell substantially on the news that Upbit in South Korea had been raided by regulators.

However, since then, the audit of Upbit has revealed that the exchange did not inflate balance sheets, according to reports from South Korean media. This means there was no wrongdoing, and no need for fear and the price to dip, yet it still took a blow as the catalyst that began the latest bear run.

Additionally, amid the news of the South Korean raid, there was apparently another sell-off of Mt. Gox funds in the region of 8,000 BTC.