Bitcoin Price Analysis: Even a $4,200 Drop Can’t Break the Bullish Trend. How Will the Golden Cross Change BTC’s Price?

Vera Yurina
??Will Bitcoin’s drop mark the end of the bullish period? No way! Read Bitcoin price predictions to understand why traders are still optimistic 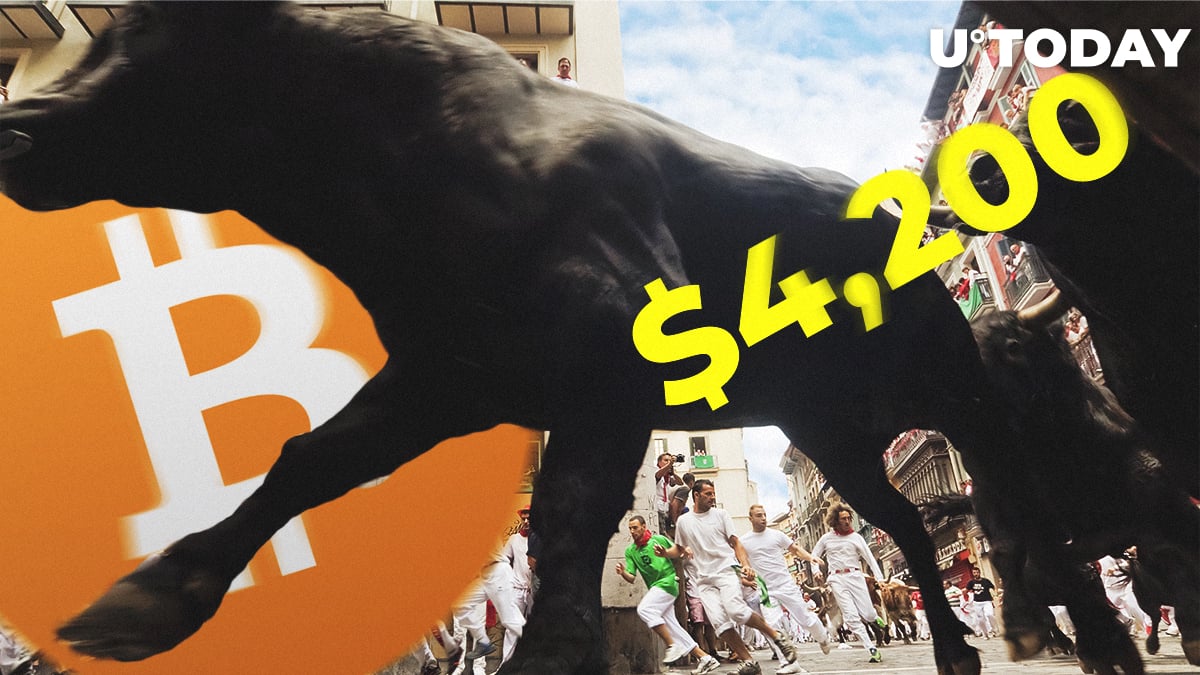 As Bitcoin has stopped its rapid growth and is making moves more carefully, some traders have decided that it’s about to dump in the short term. Should we worry about Bitcoin’s future? Twitter users are highly positive because technical indicators give us some strong hints. What are they? Read Bitcoin price predictions to find out how else it will surprise crypto traders in the following weeks.

Something truly great is about to happen

Why? Because the upcoming golden cross couldn’t stay unnoticed! Look at the Bitcoin price chart: when MA50 crosses MA200, a currency makes a breakout. Does it mean BTC will break the next resistance levels? Definitely!

$BTC - Still a couple days away from a #bitcoin “golden Cross”
(MA50 crosses up into MA200) on the Daily chart...$ETH - already several days into its cross... so far mixed reviews as the the effect it had... pic.twitter.com/BPWLWgKqYf

The golden cross might occur in the following weeks or even days:

The best thing is that it might signify a long-term bullish market. This is what many traders were dreaming of!

GOLDEN CROSS on daily
many misunderstand its
significance

Its a MACRO shift
(medium to long term) from a
?Bear to ? Bull market

Can produce near term ?
But OFTEN the reverse?
(shake out) prior to the
real reversal UP?

(the time to BTFD on weakness) pic.twitter.com/sG9SNkF520

Some users have noticed the similarity between 2015 and 2019 BTC price patterns. This is another positive sign, don’t you think?

First attempt is always a failure?

However, some Twitter users are not rushing to celebrate victory. History shows that a golden cross isn’t a 100% guarantee of mind-blowing growth. Here’s what happened in 2018:

$BTC For all the bulls thinking the golden cross coming is going to pump the price please... The exact opposite effect tends to happen. The first one(s) usually fail. Looking forward to the weekly close tonight. #bitcoin #crypto pic.twitter.com/OKvMxikGIA

Of course, it’s natural for BTC to make a few retracements on the way to the top. This is what happened recently, and what might happen in the nearest time:

Happy Easter everyone #Bitcoin has retraced the recent pump to 5350 and is holding 5200. Increasing buy volume from wall st Monday could propel front runners to pump us to 5400 by tuesday. Wary of a drop here as a rejection of the 5200 level could leave us ranging around 5k. pic.twitter.com/uc5SCNm7gk

Related
Pump or Dump? BTC Price Analysis Is Interpreted in Two Opposite Versions

Anyway, BTC continues making attempts to break through the next resistance levels, and moves within an ascending triangle:

And another attempt... $BTC #Bitcoin on #coinbase pic.twitter.com/YF7RtfVtS9

Now we should see whether BTC will overcome $5,350 resistance:

Evidently, even if Bitcoin dumps a few hundred bucks, it should recover the value pretty quickly. At the moment, the volume looks good, and the golden cross ensures us good times are ahead.