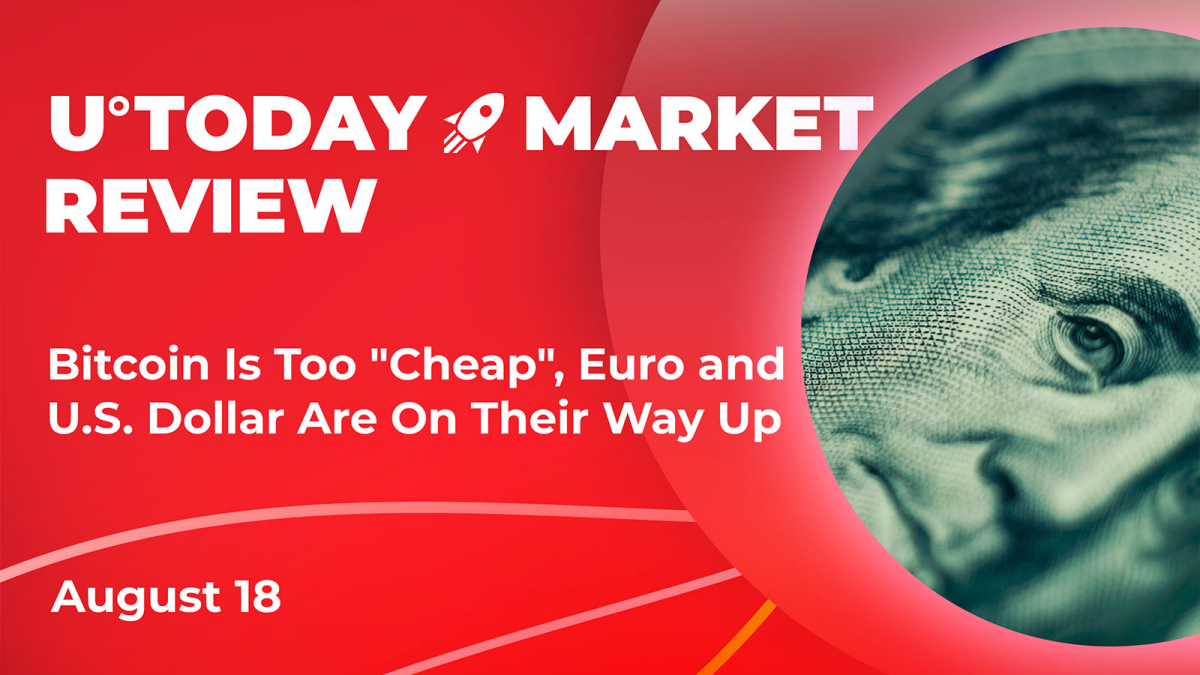 With record-breaking inflation numbers in Europe and the strengthening of the U.S. dollar, Bitcoin and other cryptocurrencies have once again ended up under pressure, with both currencies gaining a few percent to their values.

Since Aug. 16, DXY gained around 1.5% to its value after successfully bouncing off the 50-day moving average support level, which has been tested four times during this rally. The technical situation on the chart also correlates with fundamental factors on the market.

Despite positive CPI data, the market's euphoria disappeared as the Fed still has a long way to go before pushing inflation back to its target, which means that the economy will see another cycle of rate hikes, with the soft landing in approximately 2023.

As for the European currency, the USD still prevails over the Euro, causing another 1.1% drop in the last few days, which makes the parity between the two assets a possibility in the foreseeable future. Back on July 28, the Euro's value officially dropped below the $1 threshold for the first time in 20 years.

Bitcoin is not catching up with adoption

According to data provided by a Fidelity analyst, as we have covered previously, Bitcoin's adoption rate goes well above its market value, which technically makes it "cheap," according to numerous price models.

With the most recent price performance of BTC, the asset has dropped far below the desired growth pace, which technically makes it oversold against the adoption value. The analyst used various price models, mostly based on the adoption of technologies like mobile networks and the Internet.

But despite issues with moving toe-to-toe with various price models, Bitcoin is still growing exponentially compared with its state only a few years ago. Crypto influencers like Vitalik Buterin has criticized price models for their subjectivity and rigidness. Considering the difference between technologies, eras when they were created and a general shift in technologies, it is hard to predict a certain adoption rate and the growth of an asset or a technology.

Meme currencies like Shiba Inu and Dogecoin were the most notable assets on the market, as those two gained around 20% to their value, standing out compared to an anemic XRP. Unfortunately, the lack of fundamental support behind the rally of DOGE and SHIB caused a swift reversal, which now pushes the possibility of a sped-up rally away from both meme currencies.