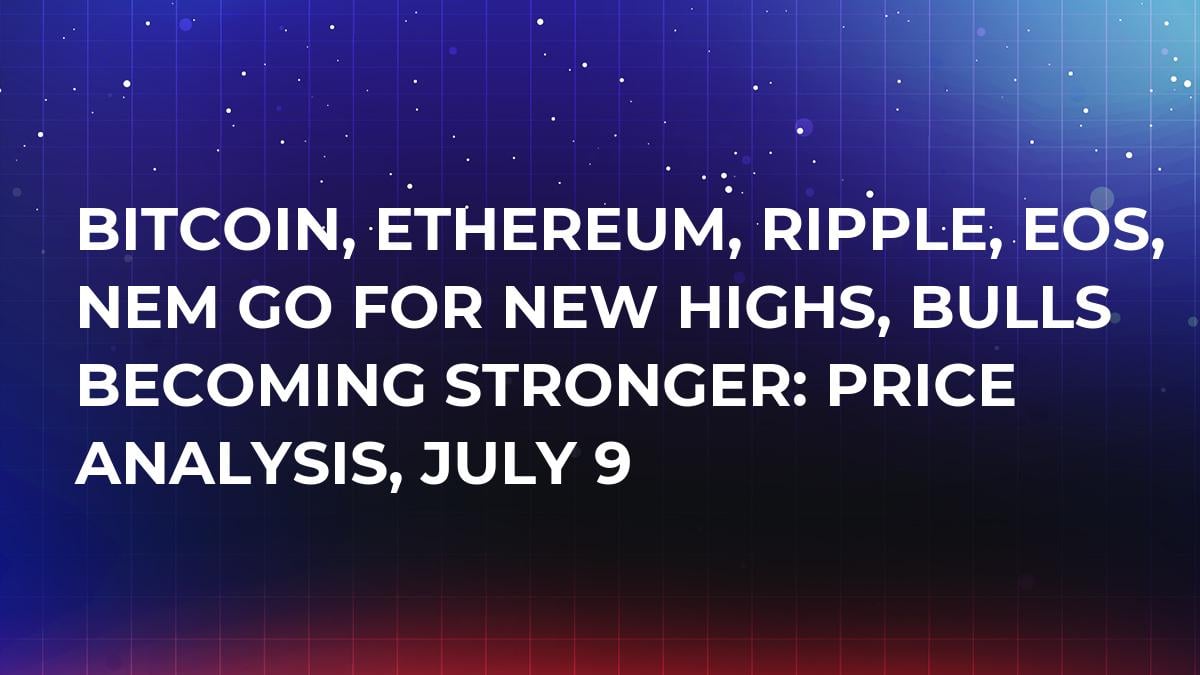 Bitcoin and other major cryptos continue to rally as they have reached new highs on weekend. General market moods remain positive and cryptos from the top 20 seem to be ready to make new tops. Psychologically, bulls are winning currently as bears have no chances to reverse the situation.

As for the news, there are no drivers in the moment of writing, but we want our readers to pay attention to some interesting facts. European’s ETF giant launches ETN. This is an Exchange trading note, which is similar to Exchange trading fund, but have some specifics. Crypto community, by the way, expects Bitcoin ETF’s in the nearest future.

Another great news comes from Switzerland where local stock exchange owner SIX launches their own crypto exchange. This company promises to traders to give them a full set of opportunities in order to provide clients with high-quality service.

BTC/USD had almost nor gains neither losses in the past 24 hours as the currency pair declined for less than one percent. However, in general, the situation is promising as the main cryptocurrency established new highs during the weekend. 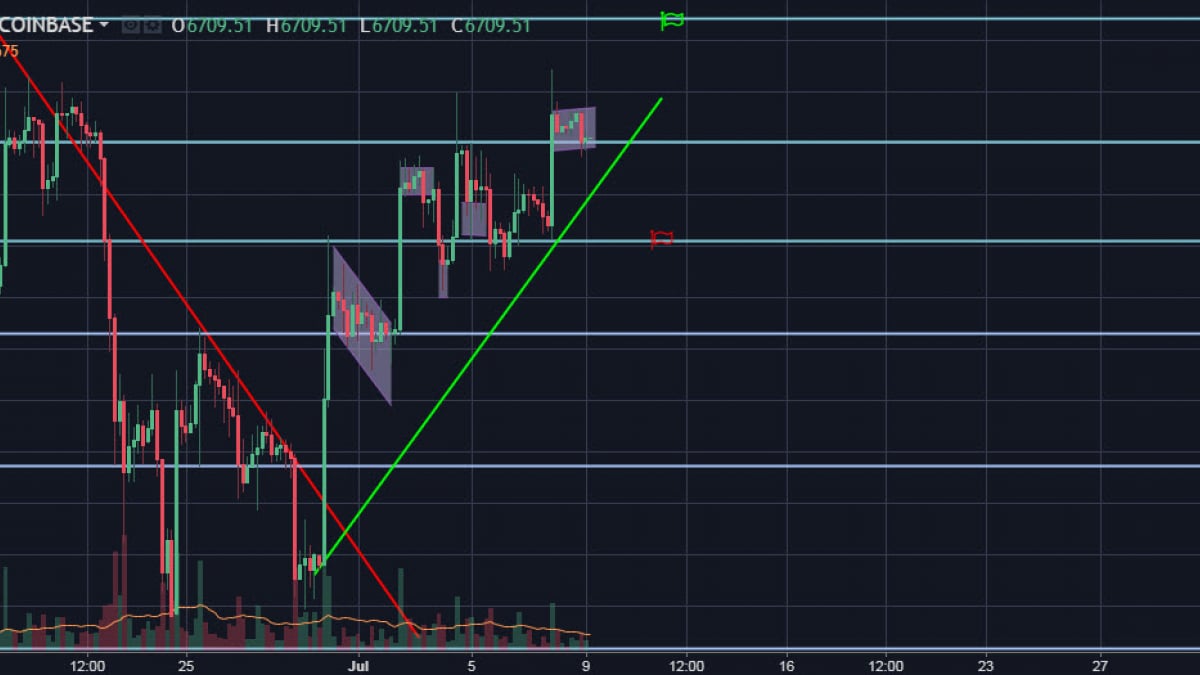 Let’s get down to the four hours’ chart to see what’s going on with the cryptocurrency. Bitcoin has tested the supper area at $6,510 during the weekend but failed to develop its decline. We have updated the ascending trend line according to the recent price changes.

Bitcoin went upwards later and BTC price jumped over the resistance area at $6,701. BTC/USD stays above this level currently, but still unable to make any further upside steps. We think that the currency pair is going to grow today again as we have a clear bullish flag pattern on the chart.

The next target for Bitcoin growth lies at $6,943. BTC price is likely to reach this area within one-two days approximately. However, if bulls are more active, they will be able to develop their progress and to reach even higher tops.

As for the alternative scenario, if sellers gain temporary control over the market, they will be able to press the currency pair down towards the support area at $6,510.

Ethereum makes smooth losses in the past 24 hours, but the currency pair still looks very promising as it established new highs during the weekend. We have adjusted the ascending trend line in order to make it more appropriate to the current situation. 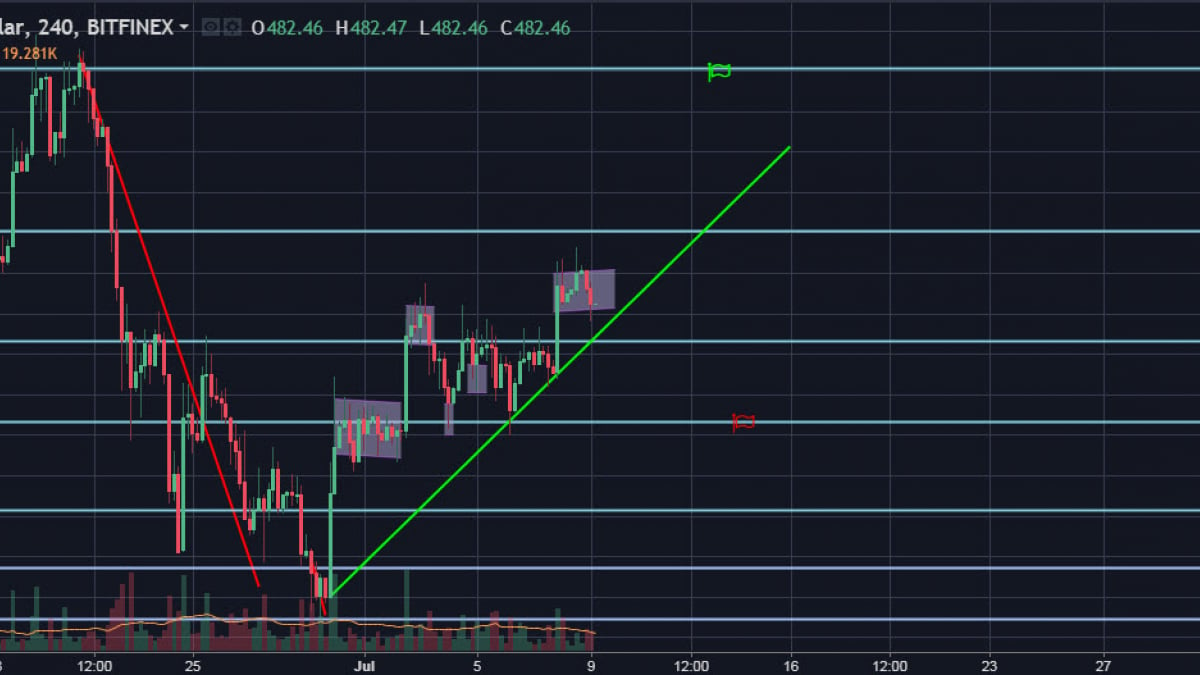 Wha can we see on the four-hour chart? The first thing that is clear is that ETH price goes along the green ascending trend line. This fact indicates the probability of further upside tendency. ETH price reached the trend line on the weekend but jumped over the resistance area at $473.39 and went higher later.

Currently, we have some kind of a flag pattern on the chart, but it is not a classic pattern analysis flag that we used to trade. However, psychologically, this one is a consolidation after a bullish momentum and may lead to another significant price burst in the nearest future.

As for targets for this growth, we think that Ethereum is likely to reach $540.69 in the nearest future. However, the closest target is the resistance area at $500.36.

Is there any alternative scenario? If bulls are unable to drive ETH/USD higher than bears will push it lower. We think that Ethereum will run lower in this case, targeting the support area at $543.29.

Ripple looks less promising than other majors as the crypto failed to establish new highs during the weekend. The currency pair has lost more than two percent in the past 24 hours. The currency pair has broken through the ascending trend line and moved lower. It is hard to say currently whether Ripple is going to resume its uptrend in the nearest future. 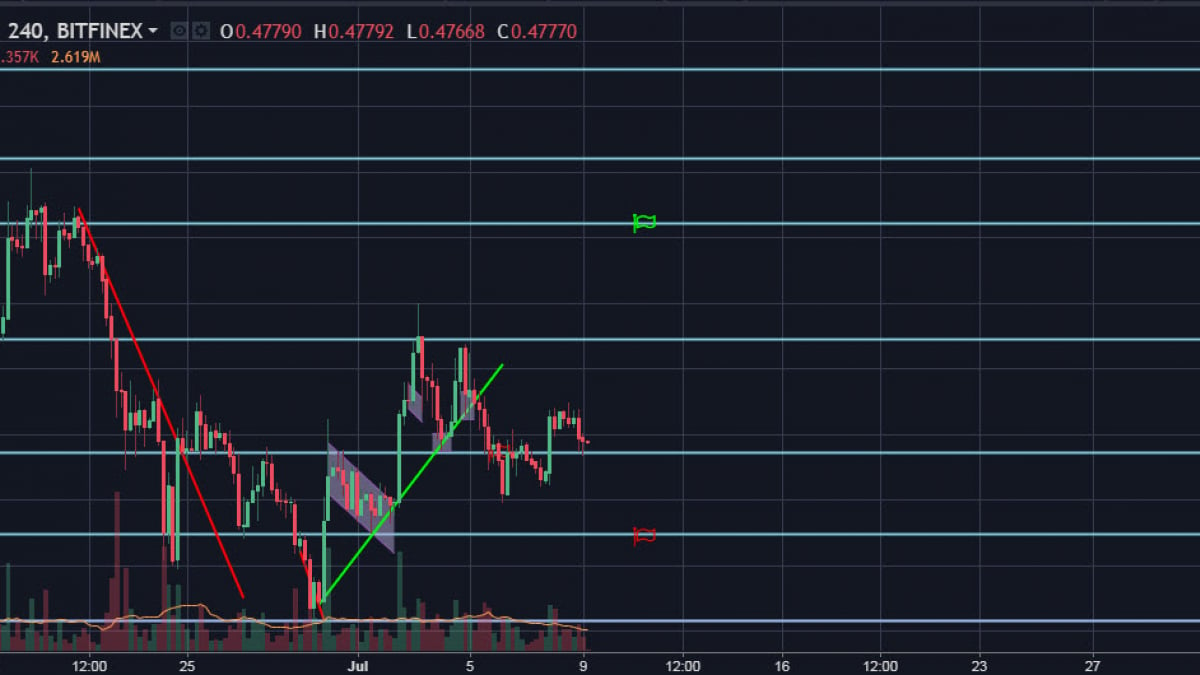 The situation on the four-hour chart is neutral as there is no tendency currently. Ripple failed to jump over the resistance area at $0.5088 during the weekend. The currency pair tested the support area at $0.4744 instead.

We have set upper targets for Ripple at $0.5444, but currently, we cannot say that XRP/USD is able to reach them in the nearest future as the uptrend was broken. The lower targets are set at the support area at $0.4495, but Ripple will have to breakout the closest support area at $0.4744 in order to reach it.

EOS seems to be neutral on Monday as the currency pair has no clear direction. EOS has lost more than four percent in the past 24 hours. We have readjusted the trend line to make it appropriate to the current situation. 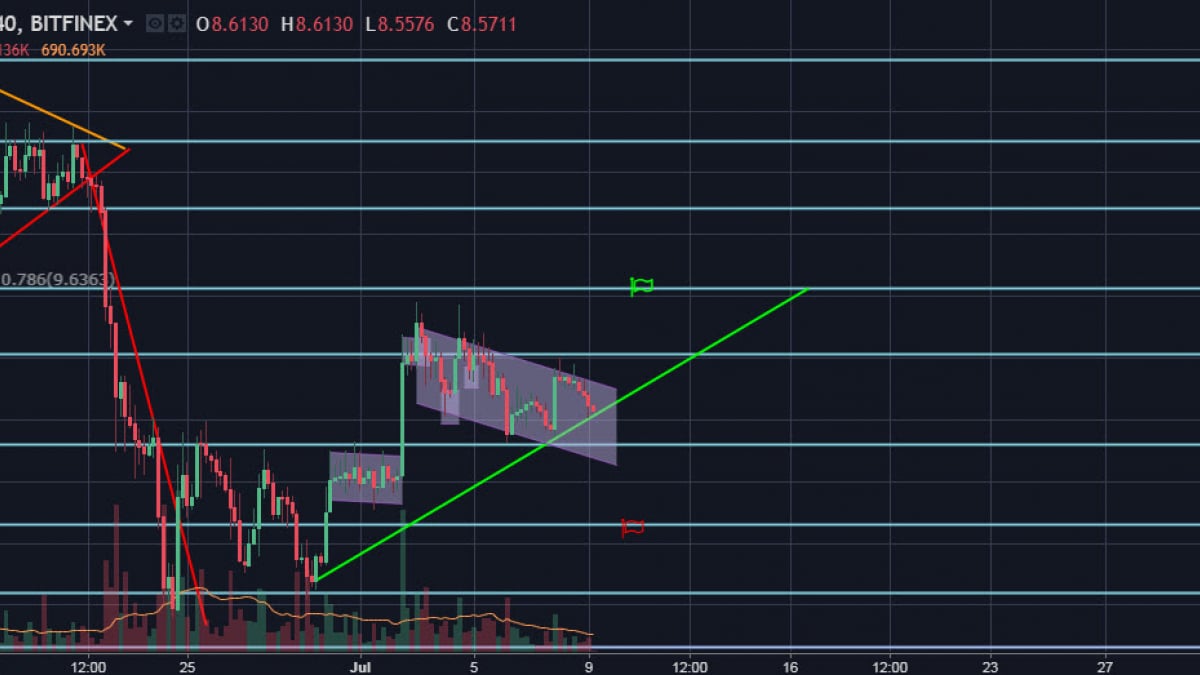 EOS has almost reached the resistance area at $9.03 during the weekend but later the currency pair declined towards the ascending trend line. It stays in the middle of the horizontal channel in the moment of writing.

As for the alternative scenario, we think that according to the current situation, bears have the same chances to push EOS downwards. The closest support area is at $8.29. As for targets, they may be even lower at the next support area at $7.65. 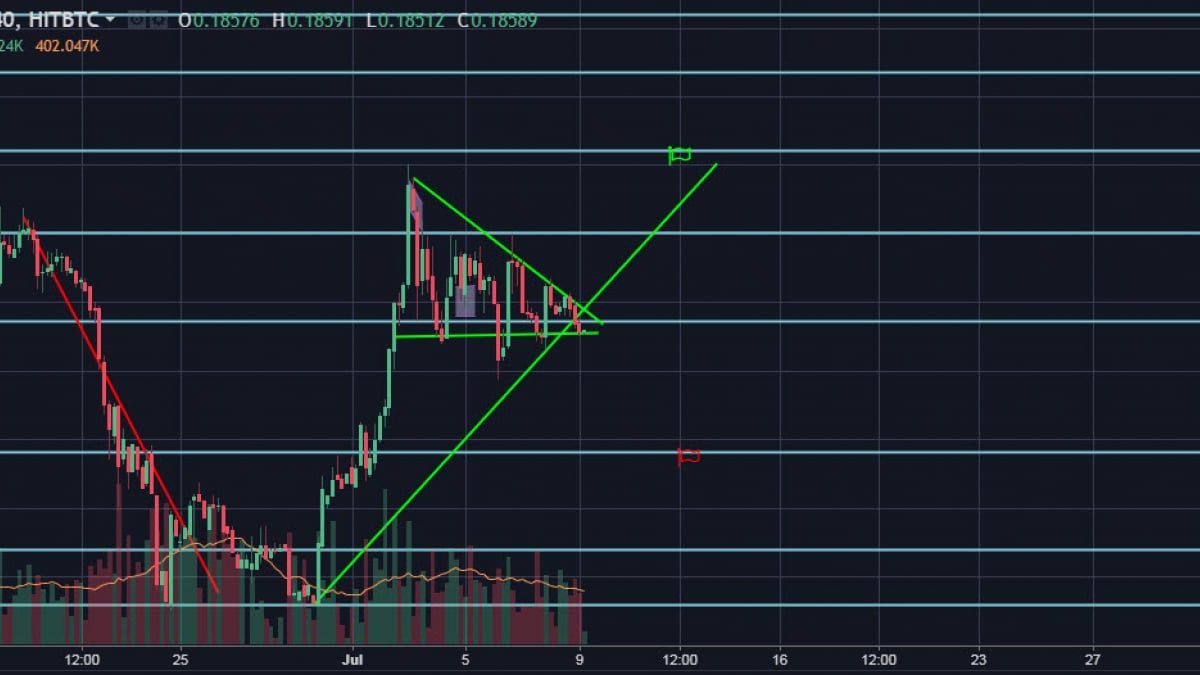 There is a bullish pattern on the four-hourchart and we think that bulls have chances to drive the currency pair higher. XEM price is close to the ascending trend line and if it jumps off it, the price is likely to reach the closest resistance area at least.

We have set bullish targets at $0.2121, but the price will have to jump over the closest resistance area at $0.2002 first. However, if this bullish pattern does not work, the bears will regain control and will be able to push the currency pair lower. The closest target for the decline lies at $0.1682.