Bitcoin price and the prices of altcoins developed their upside progress Monday. The currency pairs have had significant gains in the past 24 hours. A bullish mood is returning to the market which may result in higher prices.

In the news, the Shanghai Stock Exchange looks to introduce distributed ledger technology to improve the  security of trading operations. This will include registration procedures and other important factors.

Coinsuper crypto exchange made a significant step forward as this platform is among the most popular exchanges now. However, some experts accuse the exchange in fake trading volumes.

More than five percent added in the past 24 hours. Bitcoin looks very bullish currently as the currency pair is close to July’s tops. We think that BTC/USD is likely to develop this positive tendency and establish new highs in the nearest future. 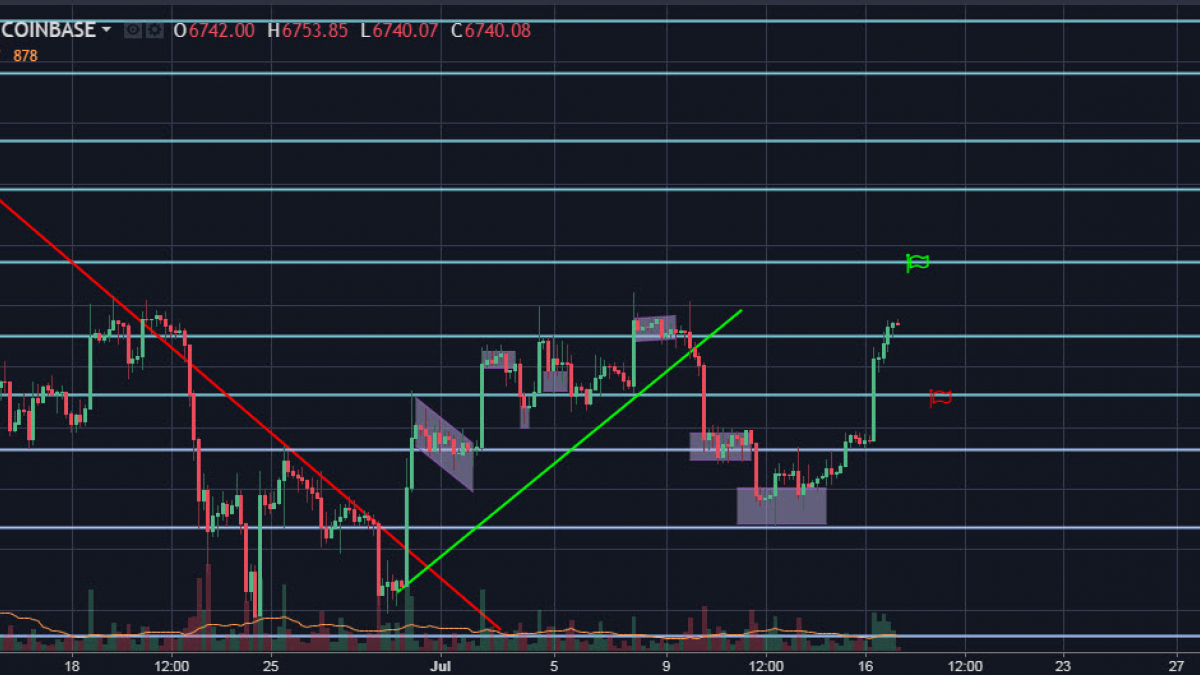 Bitcoin has reached our targets on Monday as BTC price had a significant momentum. BTC/USD has jumped over a couple of resistance levels including $6,510 and $6,701. This upside momentum is likely to continue on Tuesday.

As for the main scenario, we think that Bitcoin will develop its growth targeting the next resistance at $6,943. There are no signals currently, but the currency pair is above the support at $6,701 and still looks bullish.

However, if bulls will be unable to develop their progress, bears may start a correction targeting the support area at $6,510.

Ethereum has added more than seven percent in the past 24 hours. The bullish flag is done currently but it helped traders to make the right decision we hope. The currency pair is close to its July’s highs and we think ETH/USD is likely to develop this positive trend in the nearest future. 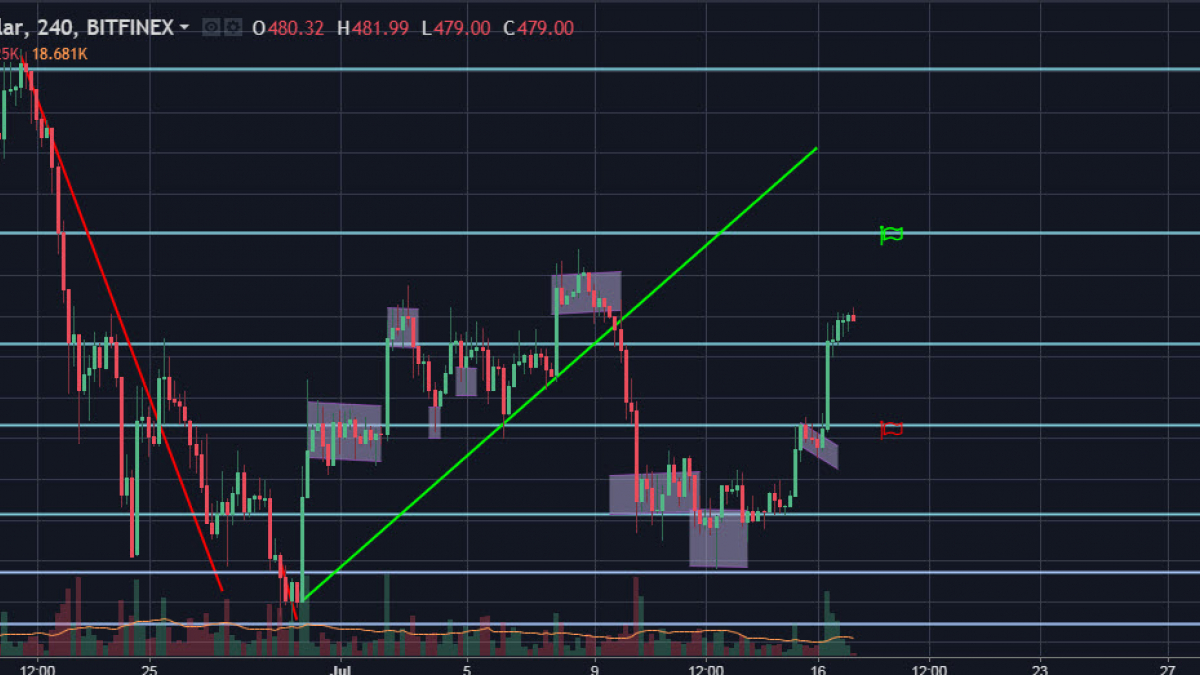 Ethereum has jumped over a couple of resistance areas including $453.24 and $473.39 and currently is above the last one. ETH/USD looks bullish and we think it is going to reach July’s highs within Tuesday-Wednesday.

The main scenario for today is bullish as well. Ethereum is likely to reach the next resistance area at $500.36. Buyers seem to dominate the market and are likely to develop their progress. However, if sellers take short-term control over the market, they will be able to start a correction towards the support area at $453.24.

Ripple has reached the targets we have set on Monday. The currency pair added almost eight percent in the past 24 hours and looks very strong. Buyers have taken control over the market and drive XRP/USD higher targeting July’s highs. 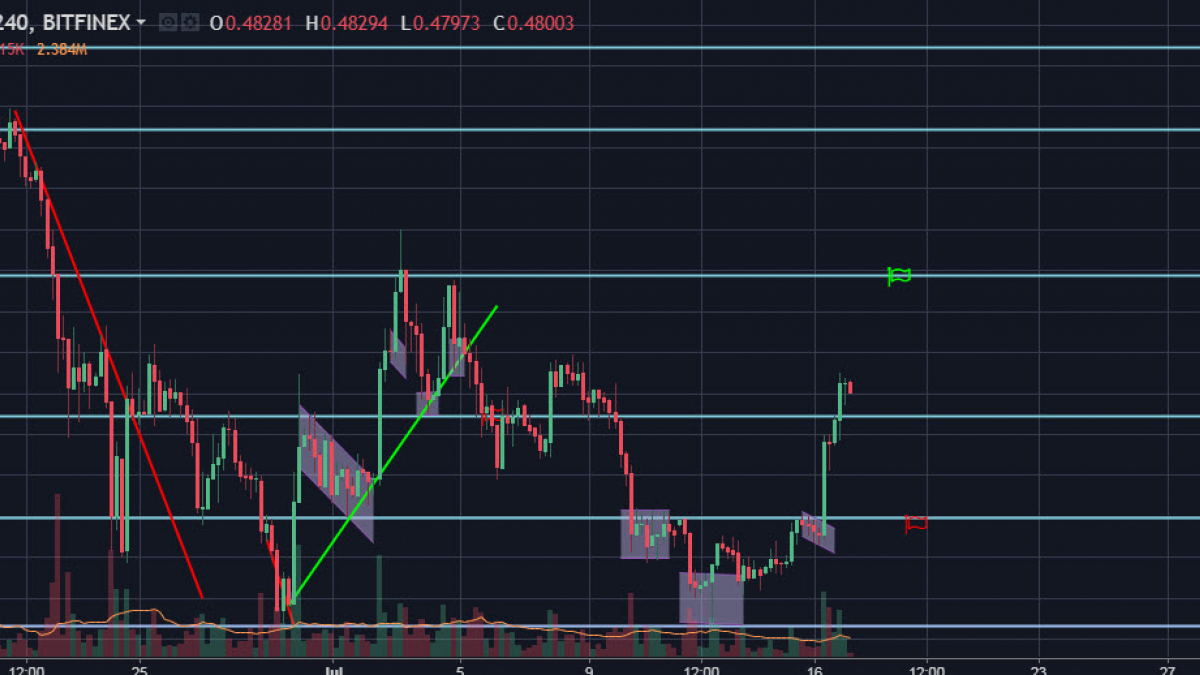 Let’s have a closer look at the currency pair and the current situation. XRP/USD has passed two resistance areas at $0.4495 and $0.4744 already. Ripple is trading above the last one at the moment of writing. However, we think that XRP/USD looks very promising and is able to reach new tops.

The main scenario for Tuesday-Wednesday is growth towards the next resistance at $0.5088. We think that this target will be reached in the nearest future. There are no patterns currently, but XRP/USD looks very promising currently.

As for the alternative one, Ripple may decline towards the support area at $0.4495. However, sellers will have to jump over the closest support at $0.4744 in this case.

More than 10 percent in the past 24 hours! This is the result of EOS’ growth on Monday. The currency pair seems to develop is progress as buyers are controlling the market currently. EOS/USD is likely to grow again, but it is still far from July’s highs. 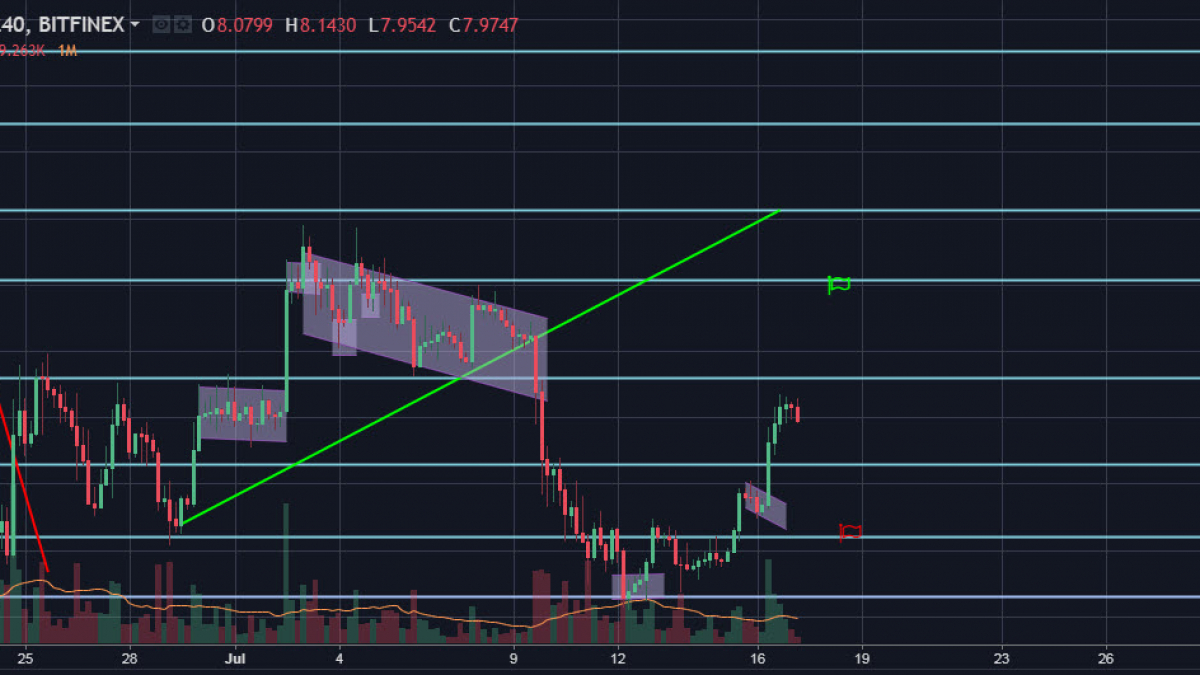 We think that growth is the main scenario for Tuesday. Buyers and investors are hungry for a bullish trend and they have total control over the market currently. Targets for this bullish trend are at July’s highs at least. EOS/USD is able to reach the resistance area at $9.03. However, buyers will have to jump over the closest resistance at $8.29 first.

As for the alternative view, bears may also gain control (but unlikely to). If this happens, they will push the currency pair lower targeting the support area at $7.10. They will also need to jump over the closest support area at $7.65 in this case.

NEM has added more than nine percent in the past 24 hours. The currency pair looks very promising and follows the allies. Buyers seem to have full control over the market and they are able to reach new tops on Tuesday-Wednesday. 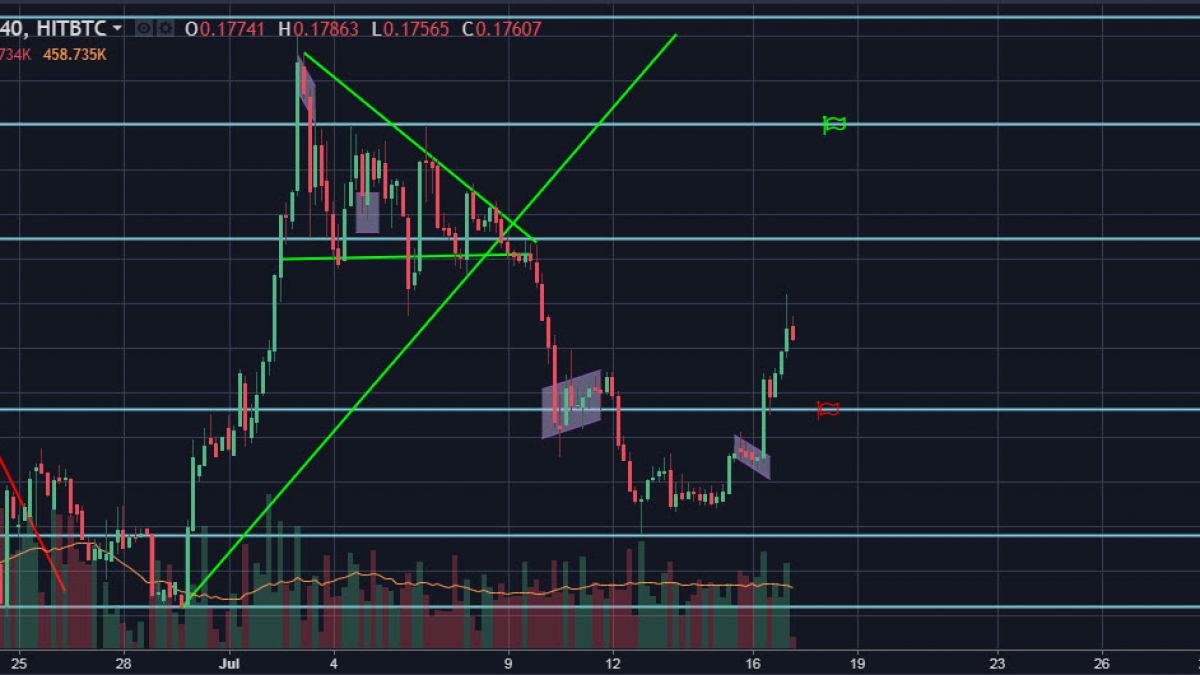 XEM/USD has jumped over the resistance area at $0.1682 and went higher on Monday. However, NEM failed to reach the next resistance at $0.1873. The currency pair stays below this level at the moment of writing.

The main trading idea for XEM/USD is a bullish scenario. We think that XEM/USD is likely to jump over the closest resistance area at $0.1873 in the nearest future and target the next resistance at $0.2002, where July highs lie.

However, bears can start a correction, with a  target at the closest support area of $0.1682 at least.