Vladislav Sopov
For the first time, Bancor shares the details of its hotly-anticipated release, Bancor3 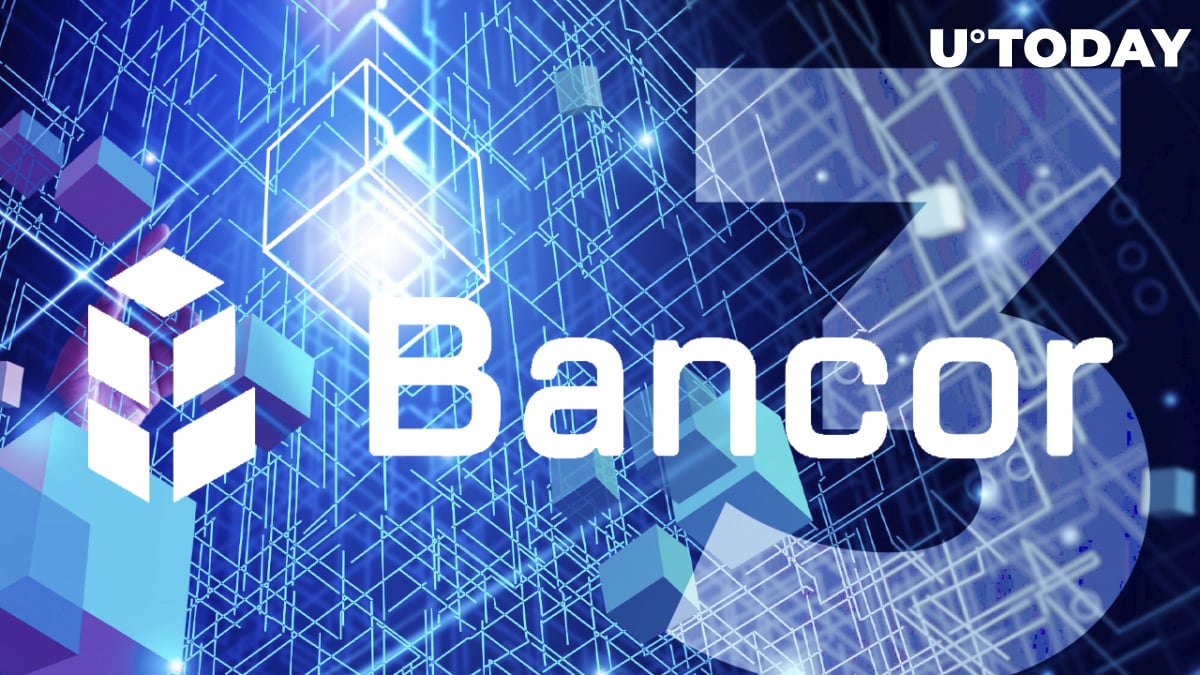 Bancor (BNT) is one of the oldest DeFi ecosystems, well known for its high APYs on major tokens, including the likes of Ethereum (ETH), Wrapped Bitcoin (WBTC), Chainlink (LINK), Polygon (MATIC) and so on. Now, it is going to release its third version, Bancor3.

According to a press release shared with U.Today, Bancor3 will reaffirm Bancor's focus on building a "set-and-forget" ecosystem for token staking. On its path to this vision, Bancor unveils a number of cutting-edge functions.

Big things are coming. Watch the livestream tomorrow at 8:30pm EST where we'll unveil #BancorV3 🌅@ChainLinkGod @DeFi_Dad @Arthur_0x will join to dig into all the juicy details

RT this for a chance to win 100 $BNT, 3 winners announced tmr pic.twitter.com/IQt8bNDfJ5

The first one is Omnipool, an instrument that allows the processing of all trades on a network in a single transaction. Previously, it needed Bancor Network Token (BNT) to process transactions. With Omnipool, the liquidity-providing strategies on Bancor become more capital-efficient.

All liquidity pools in Bancor will have no size limits anymore within the framework of the "Infinity Pools" concept. Also, an impermanent loss protection mechanism now activates on day one: there is no longer a need to wait 100 days for activation.

A dual-sided rewards option allows projects to incentivize stakers of their tokens with additional bonuses besides BNT. This will attract many early-stage crypto teams to its liquidity ecosystem.

Also, Bancor3 will feature a liquidity direction function: BancorDAO members will be able to reduce the volume of BNT rewards for underperforming pools. Capital will be directed to more efficient pools.

Bancor team members are going to unveil the design of Bancor3 at the upcoming Dcentralcon conference in Miami on Nov. 30, 2021. Its code will be 100% open source to ensure a fair bug bounty.

Nate Hindman, Bancor's head of growth, is certain that token staking with Bancor will be more profitable in the new version:

Across the industry, the issue of impermanent loss threatens to undermine the core tenets of DeFi by making liquidity pools unusable by ordinary users, and accessible to only the most sophisticated and wealthy users. We must prevent DeFi from becoming a playground for the rich and connected to extract value from protocols and dump on everyone else -- and this starts with fixing liquidity pools.

Bancor3 will be released in three phases, dubbed Dawn, Sunrise and Daylight.