David Dinkins
An anonymous donor, known only as “Pine,” posted to Reddit that he had made more money than he could ever spend off his Bitcoin investment and solicited grant requests 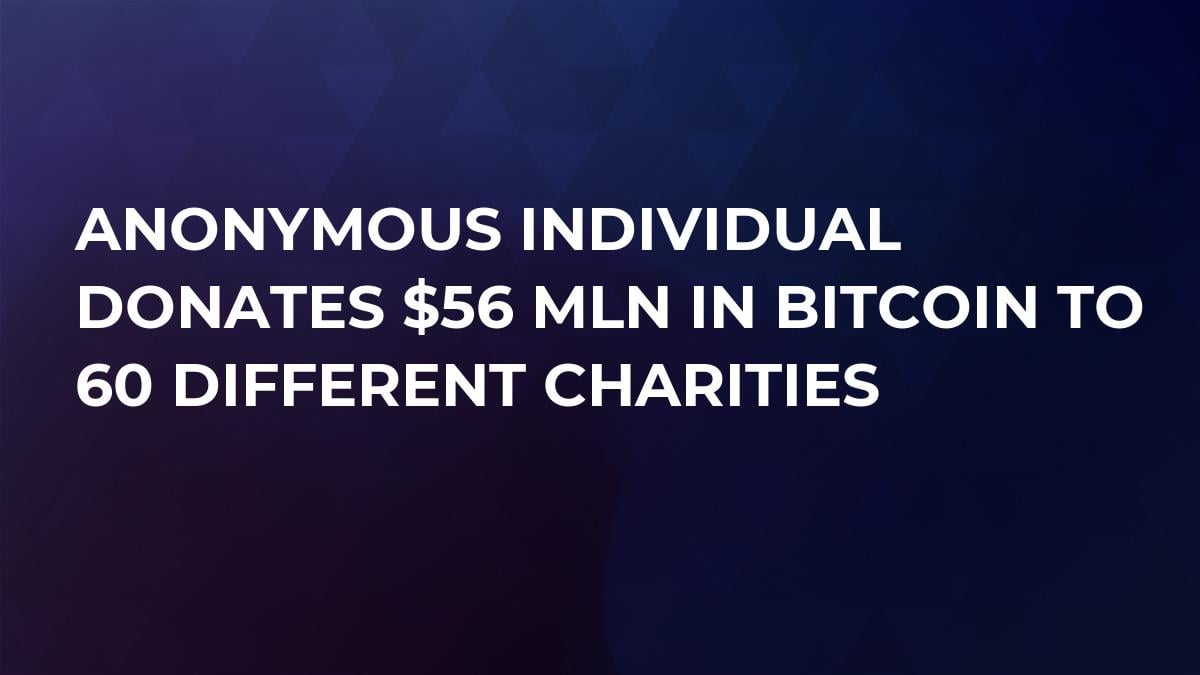 An anonymous donor, known only by the alias “Pine,” has just given away $56 mln worth of Bitcoin to numerous charities. The gifts went to 60 different organizations, with amounts ranging from $50,000 to $5 mln.

The recipients of Pine’s gifts were generally fairly small organizations, and in many cases, he gave an amount equal to their entire annual budget. The head of one charity that received a multimillion-dollar donation was moved to tears, saying that the money arrived at the perfect time.

Pine initially posted his plans on Reddit, soliciting donation requests from any interested charities. He also sought out a number of charities on his own. He picked organizations where his money would have a “multiplier effect,” enabling rapid expansion or partnerships that would leapfrog the charity’s work.

Pine’s giving was completely transparent. He created the Pineapple Fund to convey his gifts and listed the charities, the amount given to each and the transaction ID of his Bitcoin donation, proving that he really gave the money.

Pine has chosen to keep his identity secret, in part for personal safety. But the bigger reason, Pine said, was that he wanted his gifts to draw attention to the entire cryptocurrency community.  The media has been full of reports of crypto millionaires over the last six months, with most of them focusing on the outrageous.

In one such example, a teenage millionaire calling himself the “Wolf of Crypto Street” is pictured standing next to his three Lamborghinis. Yes, three. Indeed, “lambos” has become a sort of rallying cry on the Ethereum subreddit, as investors in the currency’s ICO have found themselves with an ROI of more than 300,000 percent. A mere $1,000 invested in Ethereum’s ICO is now worth a staggering $2.9 mln.

With the media portraying early crypto investors as a bunch of greedy, get-rich-quick types who happened to get lucky, Pine is changing the narrative. He told The Chronicle of Philanthropy that he had made more money from his Bitcoin investments than he could ever spend, and he wanted to give back. In doing so, he hoped to raise the profile of cryptocurrency investors everywhere, and perhaps inspire other like-minded crypto millionaires.