Darryn Pollock
After showing signs of a rally late last week, a number of altcoins have pushed the market into a substantial rally this Monday. 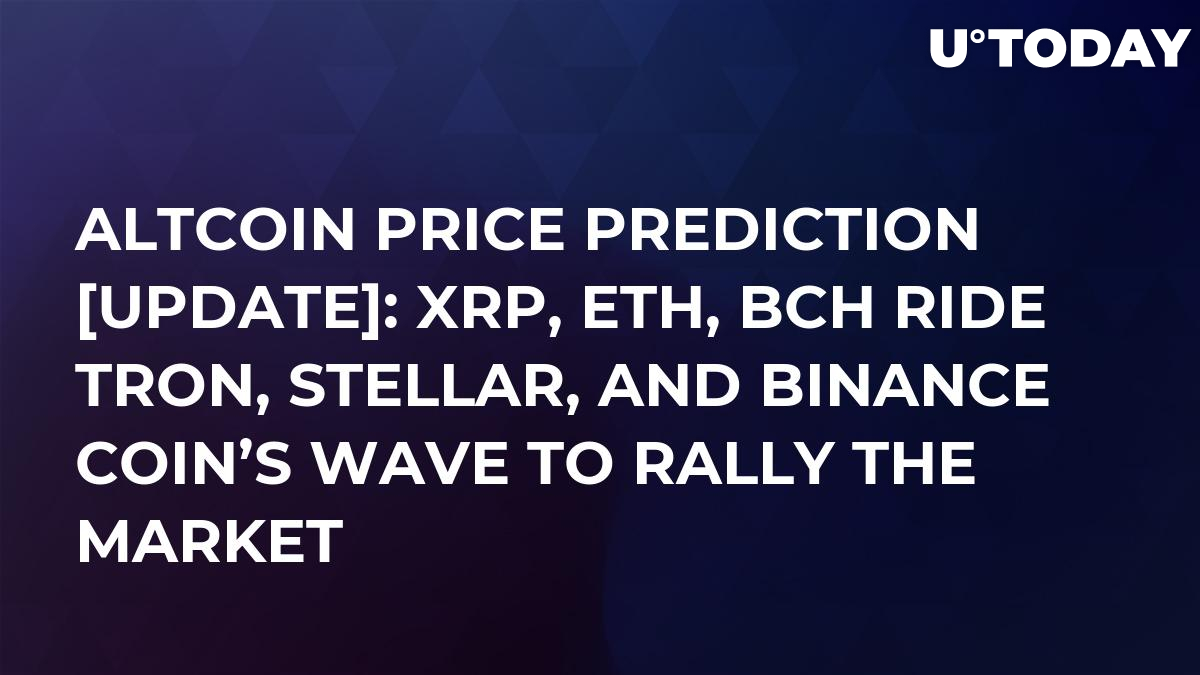 There were indications in the market at the end of last week that a rally was building, built off the back of a few altcoins, as reported by U.Today. This held true as the total market capitalisation of the cryptocurrency market went from $119 billion to $126 billion.

On Friday, there were small spikes starting to show from Binance Coin, Stellar and Tron, and those movements seem to have sparked enough positivity in the market to kickstart the rest of the coins into positive growth.

The likes of Ethereum, Bitcoin Cash, and Ripple are leading the way now, with Bitcoin also doing well. However, this rally does not seem to be predicated on Bitcoin’s growth and could be indicative of an altcoin season growing, should the rally continue.

Monday has now seen positive growth for the entire top 20 coins by market capitalisation. Ethereum is leading the lot with an 11 percent growth rate since Sunday, but it is also good news for Bitcoin Cash with seven percent gains, and Ripple with three.

Bitcoin itself has grown by three percent as well since Sunday, this after trading nearly perfectly flat for the past seven days. The rally being driven by a combination of altcoins is indeed positive for the general market as it shows a break in the dominance of the major cryptocurrency and a divergence.

Many of the major coins have all spiked at the same time, but there are some who are plotting their own path, and are still benefiting from the general good feeling across the market.

The likes of Tron, which led the rally last week, is seeing a flattening out after its early spike, but still has managed to pick up some green numbers.

The same goes for Binance Coin and for Stellar, although a look at their graphs does show a smaller spike at the same time as the rest of the market spiked early on Monday.

Up or down from here?

The movement up from a small spike is clearly a good sign for the market, as is the $7 billion that has been added to the market cap, but the next movement through this week will be key in determining if this is just a bull trap or the beginning of something big.