Darryn Pollock
While the markets have been trading sideways for the entire week, there are signs that a breakout could happen through Tron, Stellar and Binance Coin 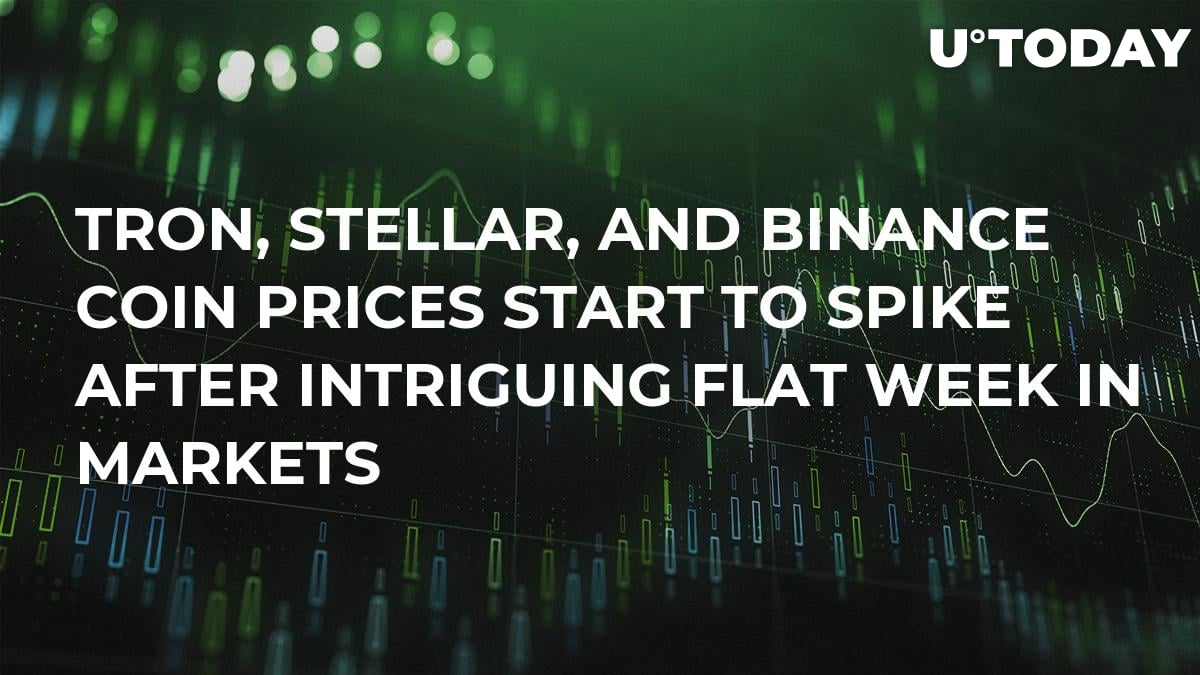 A look at the price of Bitcoin over the last week shows an almost perfectly flat price variation with the coin barely breaking out of a $100 range. With Bitcoin being the head that usually leads the entire market, it has been mostly a flat week for the majority of coins.

However, as the week draws to a close, there are small upticks being noted in some key altcoins that have been active in the past few months, with big news and good market movement.

The likes of Tron, Stellar, and Binance Coin are all showing small upticks into Friday, which could possibly mean a rally is imminent for these coins, especially with a more bullish sentiment emanating around the market this week.

At a similar time last Friday, the price of Bitcoin spiked from $3,400 to almost $3,700 over a short period, where it quickly equalised. Not much has been attributed to this growth spurt, but if the above-mentioned altcoins can drive their price up over the weekend and into next week, the positive sentiment may swell to more of the market.

Tron has had a busy week with a number of big news stories crossing its path; this has seen it both rally and fall over the past seven days. Predominantly, it has been in correction mode, dropping from $0.026 to $0.023, but today it has started its uptick.

Stellar is another coin that has had an up and down week with constant spikes in price through the last seven days, but overall, it has been in regression. That being said, Stellar is also showing the biggest start of a spike, with its price going from $0.075 to $0.079.

Binance Coin has been one of the most successful coins in 2019, and even through this week it has gone mainly up, although it did hit a bit of a hump halfway through the week, dropping down slightly. Now, with its own uptick, the coin is up a full dollar, from $8.40 to $9.40.

With Bitcoin being mostly steady in 2019, not showing much volatility, people are looking to other coins to try and drive the market. It is unusual for altcoins to affect the market, but it is possible, and looking at the current charts and the three coins mentioned, there is every chance that there could be a rally next week off these movements should they continue into the new week.