Katya Michaels
Applying Blockchain in the adult industry might just be the use case to drive mass adoption. 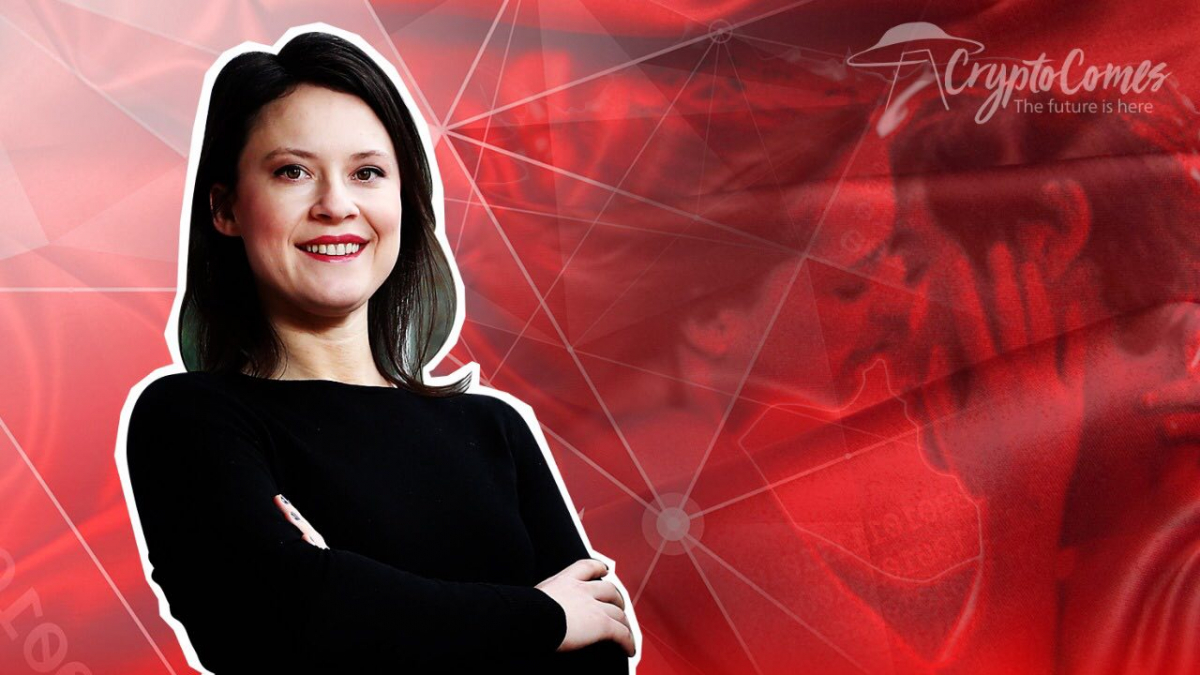 While the adult industry has proven to be the driver of tech innovation and adoption - such as VHS and streaming - in the past, there is also a great deal of social stigma attached to both working in the industry and consuming its products, even when those activities are perfectly legal.

But Leah Callon-Butler, co-founder and Chief Impact Officer of Intimate, a cryptocurrency and platform aiming to facilitate payment and trust for the adult industry, believes this to be an ideal use case for Blockchain - here’s why.

Katya Michaels: Could you give me a brief story of how you became a Blockchain entrepreneur?

Leah Callon-Butler: I've always worked in emerging technologies and helping really early stage companies figuring out how they were going to find their first customer, across lots of industries but focused on sales and business development. When I was doing my MBA, I found that I had a real passion for the social impact.

It led me to work with a lot of really cool companies and startups, including the renewable energy industry. With that, I could see that it was completely centralized and I couldn't really see how that was ever going to change if we couldn't actually change the way that power was produced and shared with people across the markets.

A few years later, my mentor introduced me to this case study, the Brooklyn Microgrid, which was essentially peer-to-peer energy trading between neighbors. And this had never been done before because for energy markets were always centralized power plants.

When I discovered this technology, it blew my mind. I couldn’t imagine a world where we weren’t controlled totally by centralization.

When I started to look into it, I saw that everyone was trying to apply Blockchain to everything because it was so hot right now, but at the same time it was kind of infantile and a needed really smart people around it to be able to apply it to an industry use case that really needed it.

So I got a bit obsessed with trying to find the right use case that needed decentralization. What I learned was that there was actually a lot of parallels between the issues that exist in the adult industry and what I've been working on with other projects around social impact. Particularly with things like gender equality, power inequality in the greater world, developing economies and concepts around identity and micropayments.

Actually, this is the perfect use case for blockchain where we can enable transactions, but at the same time empower people who have been neglected and stigmatized by society.

LCB: There's probably no other industry in the world where you would see such a cross section of all walks of life - from workers to consumers to business operators.

This is a basic human need that is relevant to pretty much everyone across the world. Don't take it from me - one of our biggest investors, which is a large crypto fund called Alphabit, they put in over a million dollars into Intimate and they said that they were very inspired by this because this was the project that crypto had been waiting for in terms of a real use case and possibly the first to drive mass scale adoption.

KM: Cryptocurrency itself promises to provide privacy, transparency and ease of payment. What does the Intimate token do for the adult industry that cryptocurrency cannot?

LCB: This is one of the most common questions that we’re asked and I never tire of answering it, because I think we should actually ask this question of every single coin on the market. We should always be asking, in the first place, is Blockchain needed? And secondly, do we need another coin?

A lot of people confuse us with being a privacy coin. We are highly concerned about user’s privacy, but what we offer is pseudo anonymity. Where we go beyond something like Bitcoin or Monero or even just cold hard cash, is that Intimate has a reputation system.

Consumers want to be able to transact privately, but service providers and business operators need to be able to establish trust through data disclosure. How do you solve this? Through pseudonymous reputation.

Peer to peer networks are changing who we trust and why we trust them, but those existing systems, like Uber or AirBnb, despite their merits, are still centralized and controlled. There is no system that allows you to port your reputation from one platform to another.

What Intimate is doing is creating right from the start a reputation system that is industry wide. So no matter where you are transacting with various entities, you can build that reputation in one place and port it to another, but also be in control of that data.

LCB: That's why we’re really clear about the fact that we don't provide anonymity. We've taken a really hard line on this and obviously you can't be the solution for everything.

Some people feel that cryptocurrency is designed to hide things and to help people hide their tracks. There was a certain point in time where that was true, but today some of the biggest proponents of Blockchain technology are banks and governments because they've seen what it could do to improve efficiency and transparency.

How can we take this technology and apply it to industries that people have traditionally thought of as “bad” because they've been run by underground shady characters? If we can start to bring some transparency and accountability to these industries while still applying the benefits of privacy, that is really powerful.

The point is that no one should have control over your information. So the key for me is voluntary disclosure, that you own your data and only you get to choose if and when to disclose it.

KM: I feel like Blockchain is not just a technology, but a social construct. Do you think that people are ready to put their trust on the Blockchain, but also to take ownership of their data and take responsibility for their decisions?

LCB: That’s such a massive question. If I can relate it to what's happening right now, Mark Zuckerberg is in a lot of hot water because of the Facebook debacle. That’s actually been great for us because it makes very clear that data privacy is important to everyone, not just sleazy men who want to cover up something they were doing online.

It's great that we're having this conversation right now, because a lot of people are saying, “Hey, do you really have to right to own my data and who gave you that right and what are you going to do with it?”

But your question was, are people ready? I'd say no, they're not because Blockchain also puts all of the onus back onto the individual and that's what makes it so difficult. It seems great to get rid of trusted intermediaries, but they also provide a level of insurance and protection. If you lose your banking password, we can give you a reset button. If you lose your private key, sorry, you’re screwed.

There is also things like governments - a lot of people get upset about paying taxes, but taxes go toward paying for things that we take for granted in our everyday life, like schools, garbage trucks and police. That's why we need solutions that are gonna come in kind of halfway, take the benefits of what's there and take baby steps towards what the future could be.

The state of play

KM: I just wanted to finish up by saying congratulations on the Golden Token nomination! What does it mean, to be nominated in that category, as Female Leader of the Year?

LCB: It means everything!

I got into this space because I saw that this technology had far greater power to be able to reimagine the state of play.

I guess I'm relatively new to this space and sometimes it's hard because you think - if I'm not a computer scientist or an engineer or a mathematician or a cryptographer, then maybe I shouldn't be here.

But I have different skills that I bring to the space and the social impact is something that I'm really passionate about - seeing more women in technology, more women recognized for what they do. Diversity and inclusion is one of the most powerful mechanisms of competitive advantage that we have.

Blockchain is a space where it's all about decentralization, it’s about giving power to the least represented and the most vulnerable.

To be nominated for an award like that is powerful for me because, let's be honest, I work in a controversial industry. Some people will not agree with what we're trying to do, but we push on despite that and we have a vision to change the world for the better.

I guess I was never one to really kind of take the road more traveled. The more that people want to push back on me and tell me that this industry shouldn't be respected and that there isn't a place for it, it only drives me more to keep doing exactly what we're doing. There's a big opportunity to do a lot of good here and that's what makes me leap out of bed every day.