Alihuseyn Gulu-Zada
According to Santiment, news from Amazon and Tether have affected the price of Bitcoin 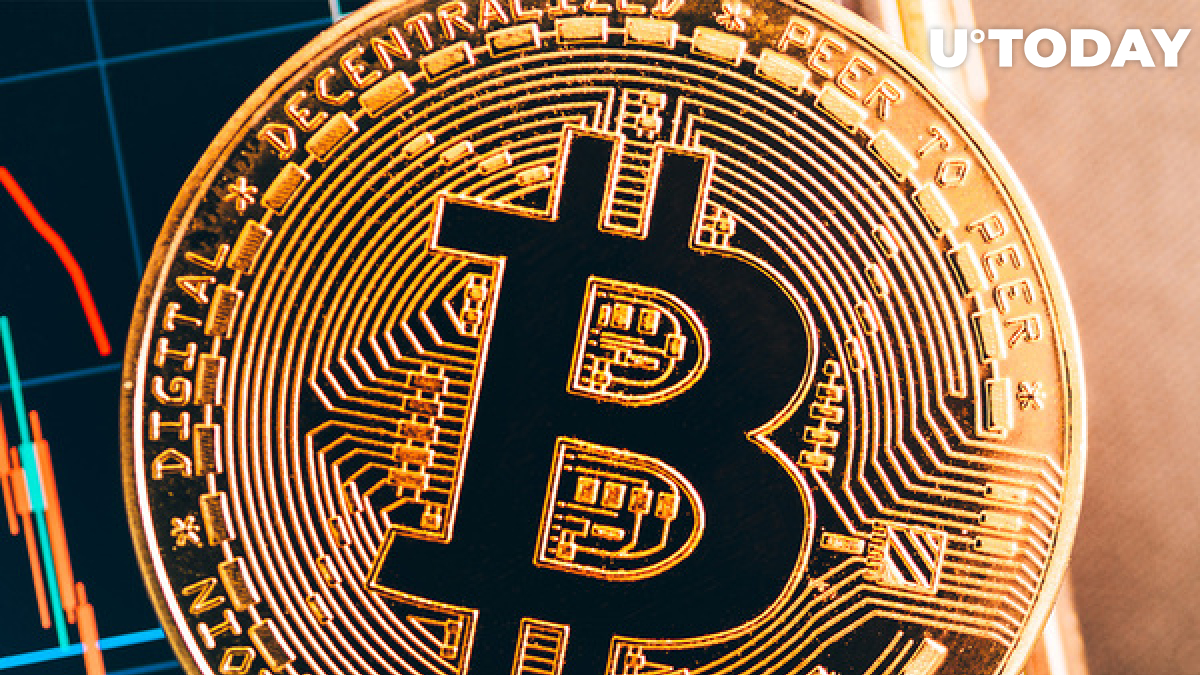 Analyst platform Santiment released a weekly report on the fluctuations of the price of Bitcoin. In particular, in this report, researchers analyzed objective events and the reasons why the price of the first cryptocurrency broke through the $40K mark.

Three fundamental events occurred. More precisely, two of them are related to Amazon and one to Tether.

We are talking about speculative rumors that emerged about the possibility of Amazon taking Bitcoin and its further rejection. With Tether, on the other hand, the situation arose after an investigation by the U.S. Justice Department.

On Monday, July 26, the price of the flagship cryptocurrency broke through the $40,000 mark for the first time since mid-June amid rumors that the company will soon start accepting Bitcoins as payment for goods.

They were also sparked by a job posting on Amazon's website for a blockchain and digital currency specialist. The job seeker was to "define the vision and strategy" for the company's blockchain business. 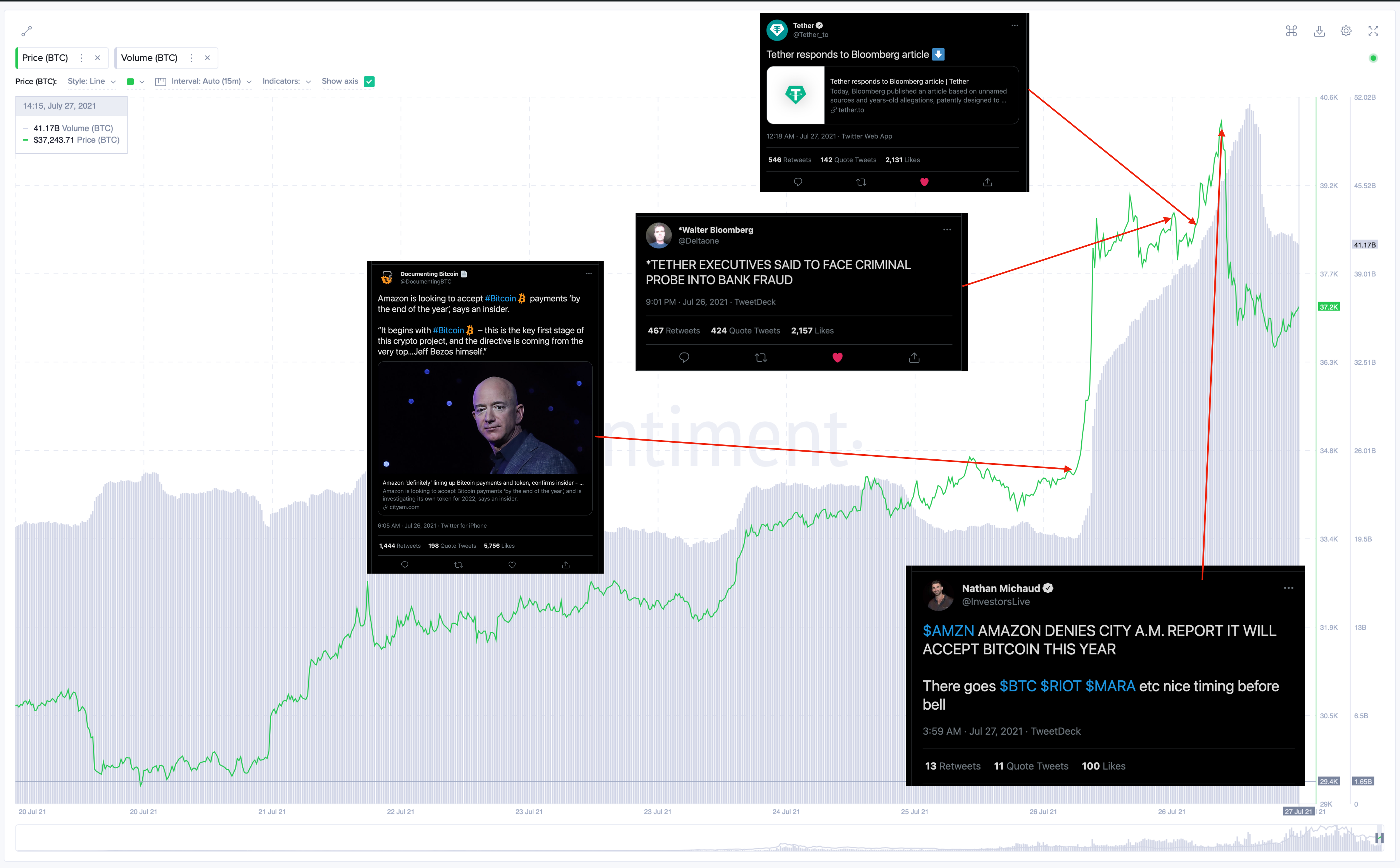 The week also began with reports from the U.S. Justice Department that Tether was under investigation early in its operations.

For instance, USDT, an issuer of the stablecoin, is suspected of hiding information from banks. However, Tether later said that reports including accusations of bank fraud are an attempt to discredit it.

Later, Amazon denied reports that it intended to accept Bitcoin payments by the end of the year. In a statement, the company said that it had no specific plans to do so and that these rumors are untrue.

At the same time, Amazon admitted that it is studying the possibility of providing such an option to customers who make purchases on Amazon. 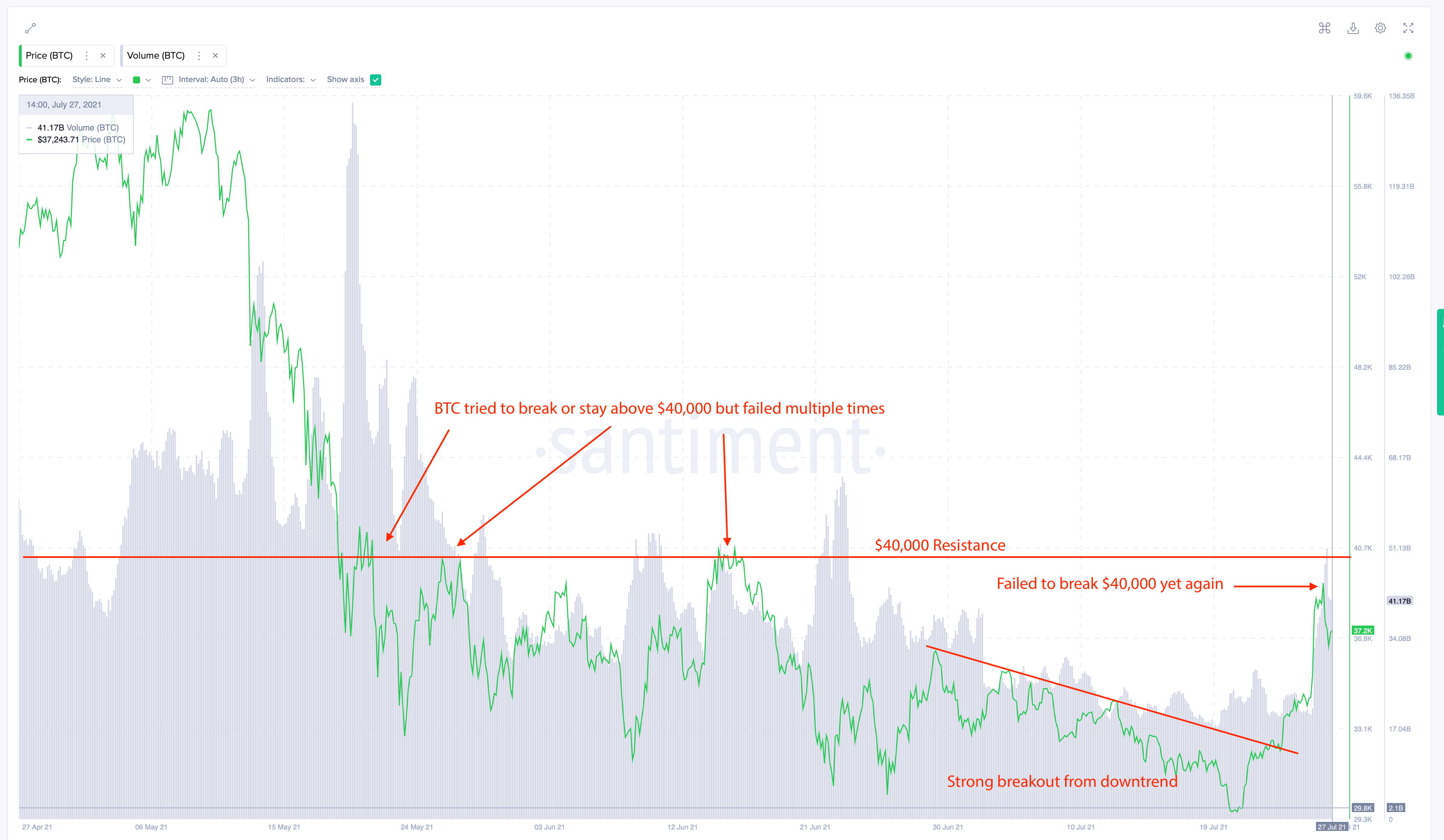 Santiment reports that BTC's price movement this week is certainly strong, though not enough to reverse. Despite the fact that the first cryptocurrency continues to move to overcome the strong resistance of $40,000, the mood on the market is still bearish.

As a result, these recent fundamental events sent BTC to the area of $40,000 but could not break it. Now, according to Santiment, the price is hovering around $37,000.