3 Reasons Not to Give Up on Ethereum Recovery Despite Plunge Below $1,500: Crypto Market Review, July 26

Arman Shirinyan
It is far too early to give up on second biggest cryptocurrency, and here are 3 reasons why 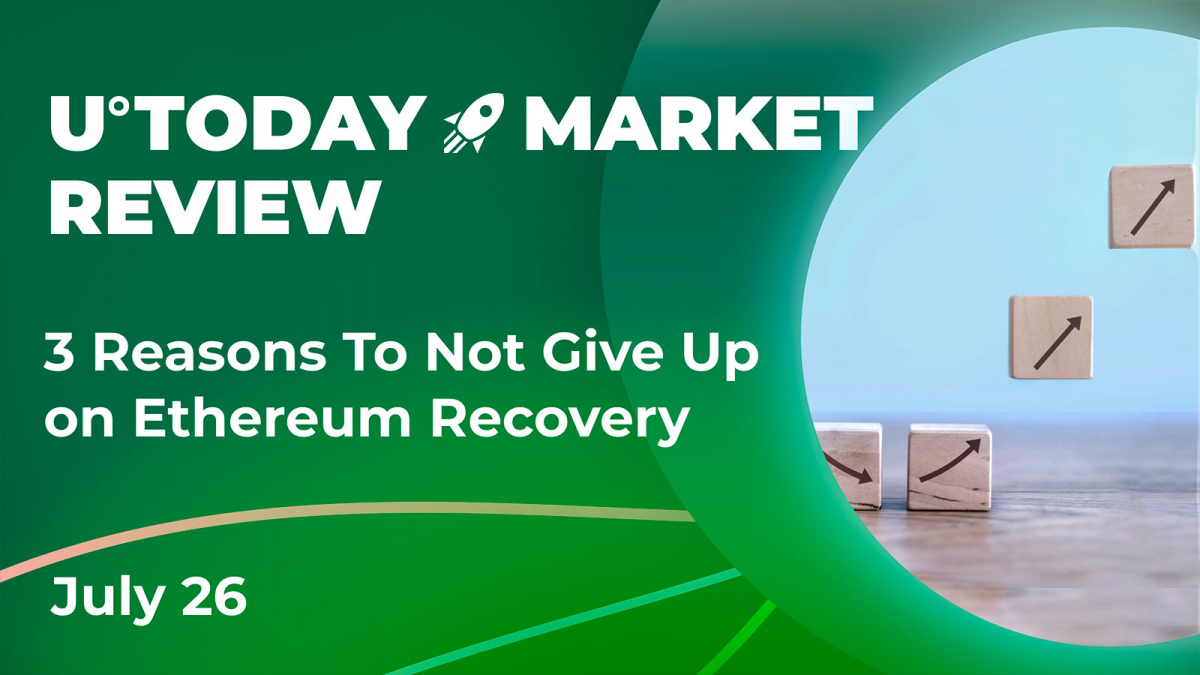 Ethereum's failed run to $1,700 caused a rise of fear among investors who almost immediately pushed the price of the second biggest cryptocurrency on the market to $1,400, which may look like a return to extremely low values for Ether, but it is most certainly too early to write off ETH from our radar.

The Merge effect is underestimated

Only a few days ago, the market was blossoming around the fact that Ethereum developers have finally released the date of the upcoming Merge update that will change the network once and for all.

Unfortunately, due to the "short memory" of retail investors, the Merge "reveal effect" is no longer enough to push the price of the asset up, especially without the support of institutional investors.

But the fact that the fundamental update is going to drop in less than two months makes us believe in the potentially strong performance of Ethereum on the market if no surprises occur during the shift to a completely PoS structure.

Ethereum is still in uptrend

Despite the local reversal, the second biggest cryptocurrency on the market is still moving in a short-term uptrend, which is why it is too early to say that Ethereum's rally is over, and it's going back below $1,000.

Bulls can use the unproportionally large number of short orders on the Ethereum derivatives trading platform to cause a short squeeze, creating a volatility spike on the market that will help ETH to climb back above $1,500 and even reach new local highs.

While it may seem that Ether's 50% rally makes it heavily overbought on shorter-term timeframes like one day or 12 hours, the weekly chart of the asset shows that cryptocurrency № 2 has an extremely long way to go before becoming overbought.

The data provided by the Relative Strength Index is not enough to consider Ethereum financially underbought or even undervalued during the current market. A "fair" valuation would be based on the performance of other assets.

For example, the price performance of Ethereum Classic and its massive price spike makes it both technically and fundamentally overvalued since the rally was mostly based on the fact that it was considered by investors the only alternative to Ethereum after the PoW consensus of the cryptocurrency is gone.