240 Million XRP Shifted by Ripple and This Leading Global Exchange 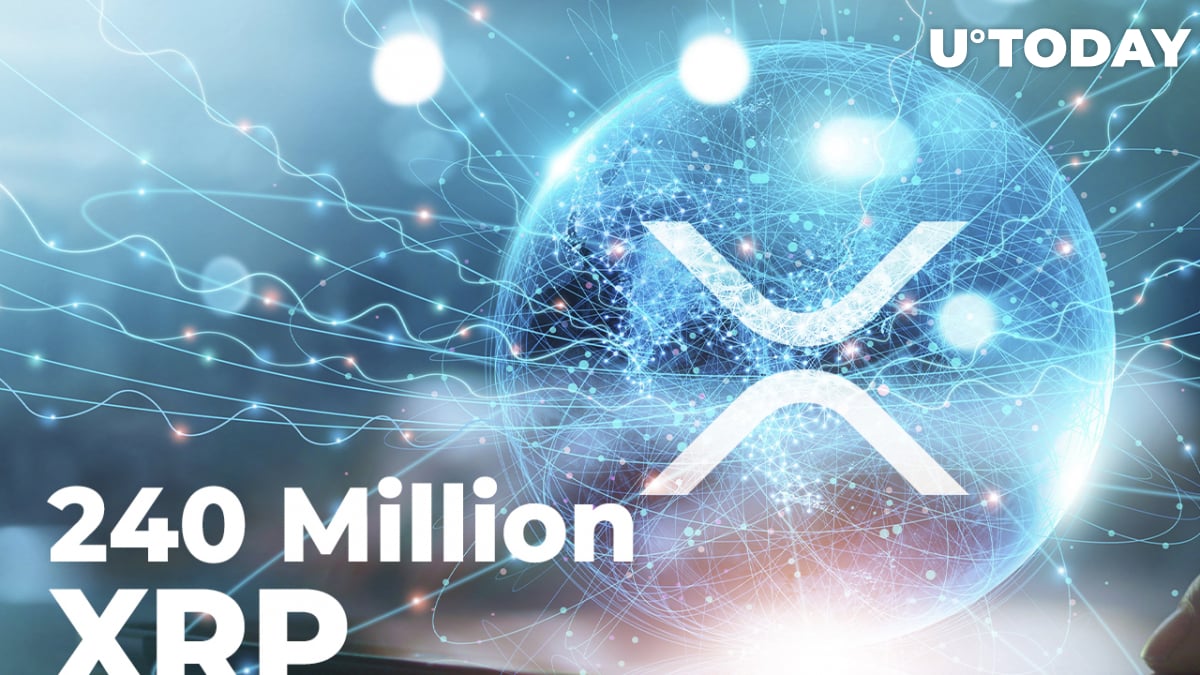 Popular crypto tracking service Whale Alert has spotted five large transactions, carrying a total of 240 million XRP tokens over the past 24 hours. Part of them was sent by Ripple tech giant.

Meanwhile, XRP can now be sent in a much easier way than it used to be—by means of "human-readable" addresses.

Five "heavy” XRP transactions detected by the aforementioned blockchain tracker in the past 24 hours carried a combined 240 million XRP coins.

San Francisco-based top-tier blockchain tech service provider Ripple transferred a whopping 60,000,000 XRP to one of its wallets—RL18-VN—that is often used for moving XRP to other entities, such as Ripple customers, banks, exchanges, institutions or custodial services, such as BitGo, which was acquired by Galaxy Digital last year.

The overall amount of the transferred XRP constituted an astounding $183,837,570.

Related
3.7 Million SHIB Destroyed in Past Day, While 116 Million Got Burned in Last 4 Days

As reported by U.Today, the XUMM wallet developed by XRPL Labs has scored a strategic partnership with FIO Protocol. The outcome of this collaboration is an integration of FIO Send with XUMM wallet, which will allow users of the wallet to send XRP to "human-readable" addresses, giving up the use of bulky and awkward auto-generated addresses.

From now on, XUMM users can choose an FIO Crypto Handle in the format of alice@website or satoshinakamoto@xumm. This is likely to ease the adoption of XUMM and XRP payments for new users, who find it confusing to use crypto addresses in the traditional format consisting of long rows of digits and characters mixed together.

As of Jan. 11, users can pick unique handles for sending XRP on FIO Protocol's website. The procedure is free of charge.