Yuri Molchan
Whale Alert has detected several consecutive Bitcoin transactions from the Huobi exchange to an anonymous wallet, 1,000 BTC each 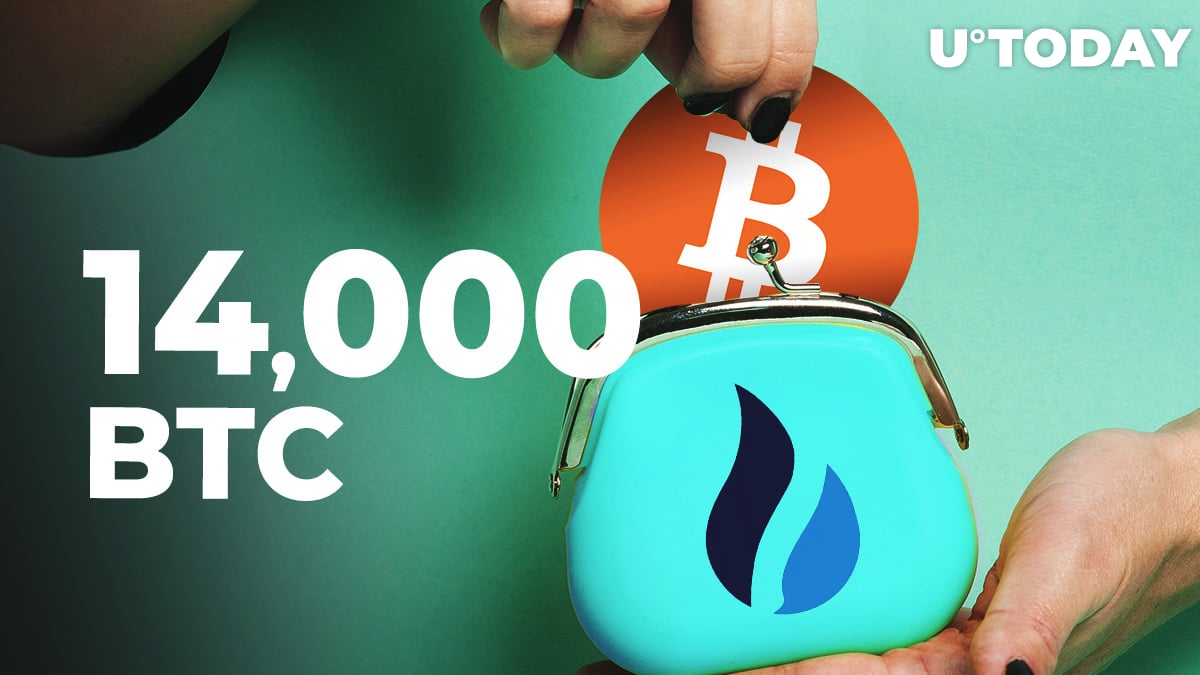 Over the past two hours, the Whale Alert bot has spotted a number of Bitcoin transfers, one after another, made from Huobi to an anonymous wallet. Fourteen transactions, bearing 1,000 BTC each. That’s $78,120,000.

In each transaction the recipient wallet was the same - 3D8qAoMkZ8F1b42btt2Mn5TyN7sWfa434A. 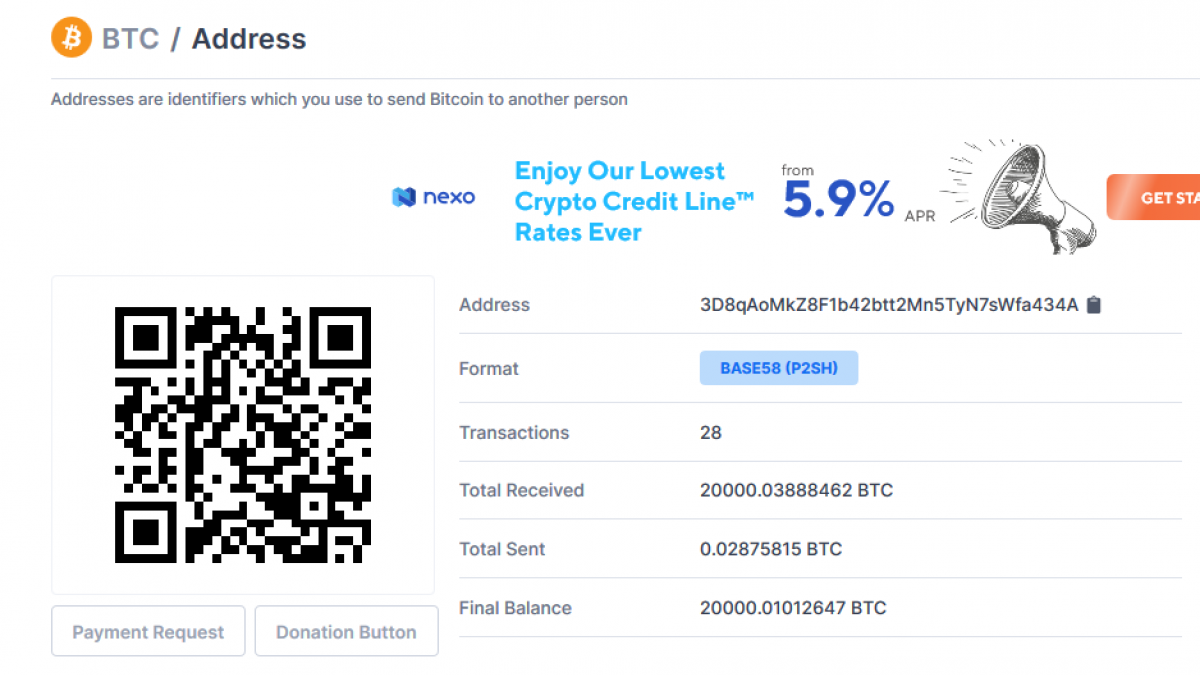 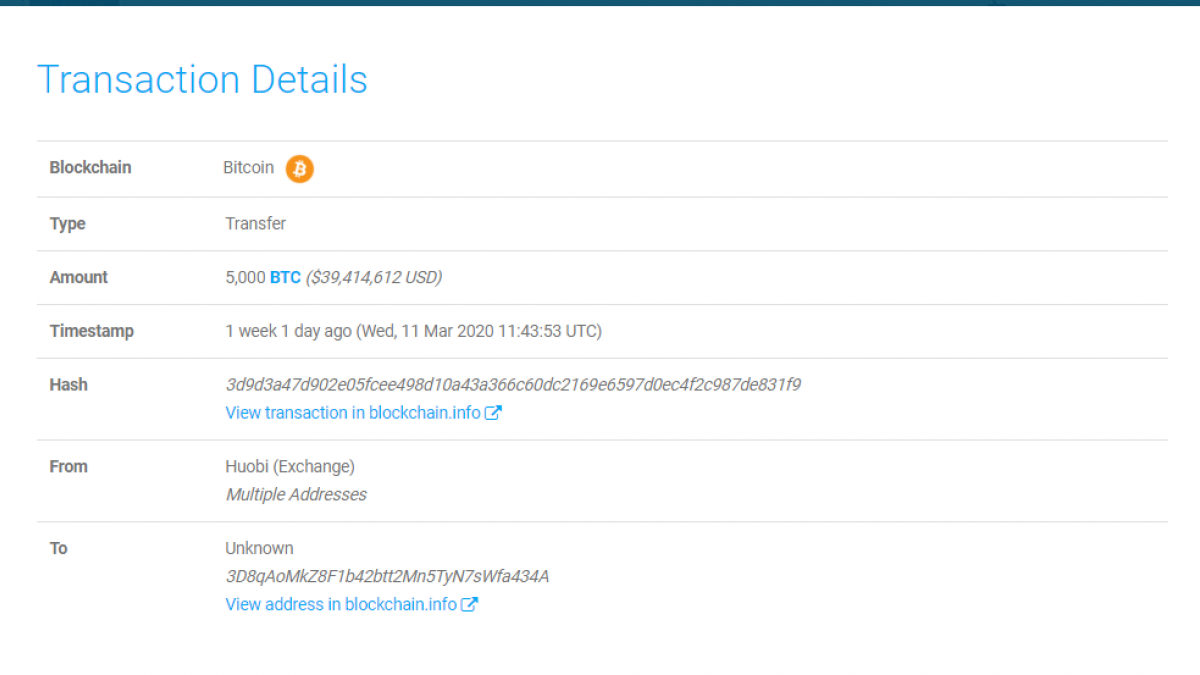 The Bitcoin price is pumping and has reached $5,757 in the past hour. In the comments on one of the aforementioned transactions, a Twitter user suggested that it is someone withdrawing their Bitcoin for long-term hodling.

Members of the crypto community are happy about Bitcoin moving up and are sharing their sentiments on Twitter.

Thank god for this small bitcoin rally. I was getting hungry af