Yuri Molchan
Amount of ETH locked by validators in the ETH 2.0 deposit contract has reached another all-time high of almost $14 billion worth of ETH 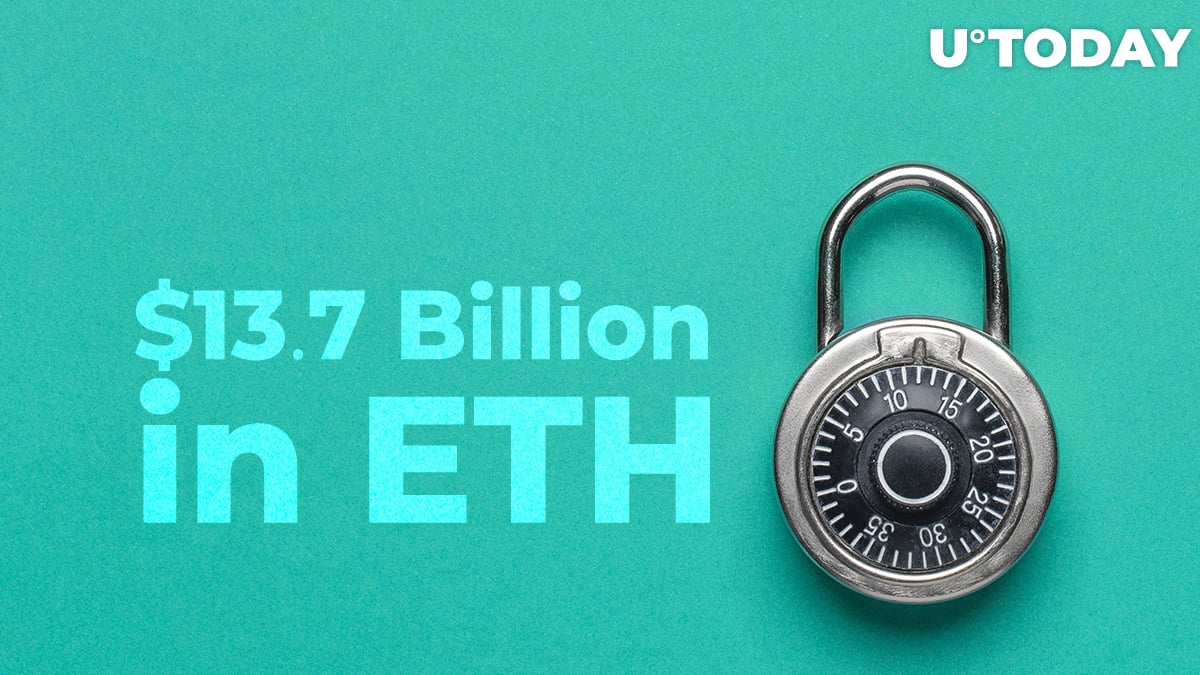 A Twitter account that tracks ETH validators, @eth2validators, has tweeted that another all-time high has been reached by validators who locked up their Ethers in the Ethereum 2.0 deposit contract launched in December 2020.

Now, the total value of ETH locked is over five million ETH.

As per data shared by@eth2validators, the USD worth of the TLV deposited to the ETH 2.0 contract now totals a staggering $13.7 billion. That is approximately 4.4 percent of the overall circulating Ethereum supply.

Besides, the number of new validators arriving on a daily basis has surged to 1,097, which is more than three times greater than a month ago, when 3,961,250 ETH were deposited.

A chart provided by the Glassnode analytics team shows that investors have been withdrawing their ETH from crypto exchanges en masse.

Earlier, it was reported that an anonymous whale had withdrawn 527,459 ETH ($1.5 billion) from the Binance exchange in merely ten minutes.

Later on, however, the provider of the chart, CryptoQuant, clarified that it had been an internal Binance transaction as the platform moved the ETH to its new cold wallets.

Meanwhile, more users are entering the ecosystem as the number of non-zero ETH addresses has reached a new all-time high of 59,723,647.

Overall, the Chief Strategy Officer of CoinShares, Meltem Demirors, believes that at the moment funds are moving from Bitcoin to Ethereum as the ETH London hard fork (EIP-1559) is drawing nearer.

The event is scheduled for July. This hard fork will not solve the present congestion and extremely high fees on the Ethereum chain but is expected to double the maximum capacity of the platform.