UBS Head Praises Blockchain, Calling It “Almost a Must” For Business 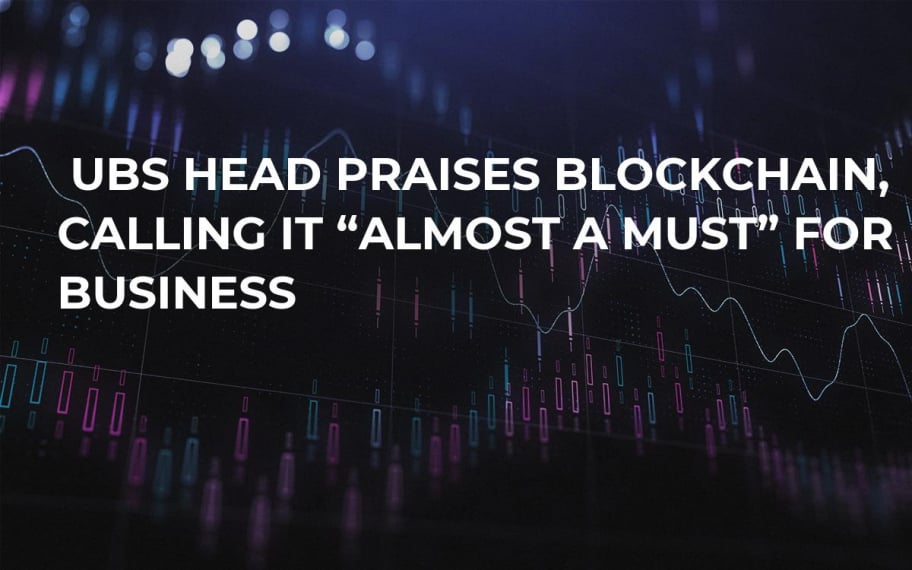 On Monday Sergio Ermotti gave an interview to CNBC, where he touched upon the distributed ledger technology (DLT), saying that it can make market players work more efficiently. He believes that the DLT will enable companies to find extra resources and make them work to a greater effect.

Blockchain but not crypto

Ermotti has already mentioned Blockchain in the positive light before. However, he did not praise cryptocurrencies. Back in autumn last year, in his interview to CNBC he stated that, in his opinion, the DLT is far more promising than digital currencies, which are often its side product.

From words to actions

Now UBS is busy cooperating with a DLT-powered platform called Batavia together with IBM. The Swiss bank plans to implement it in cross-border payments for corporate customers.

Many regulators and several governments at the moment share this point of view- China and Russia, for example. They are researching and implementing Blockchain in various spheres, painting it white and speaking against cryptocurrencies or calling them ‘bubbles.’

But since scientists are the first to embrace new technologies and governments are the last to do it, the situation may well change in the long term.