Denys Serhiichuk
Where will the growth of Bitcoin (BTC), Ethereum (ETH), and XRP stop? 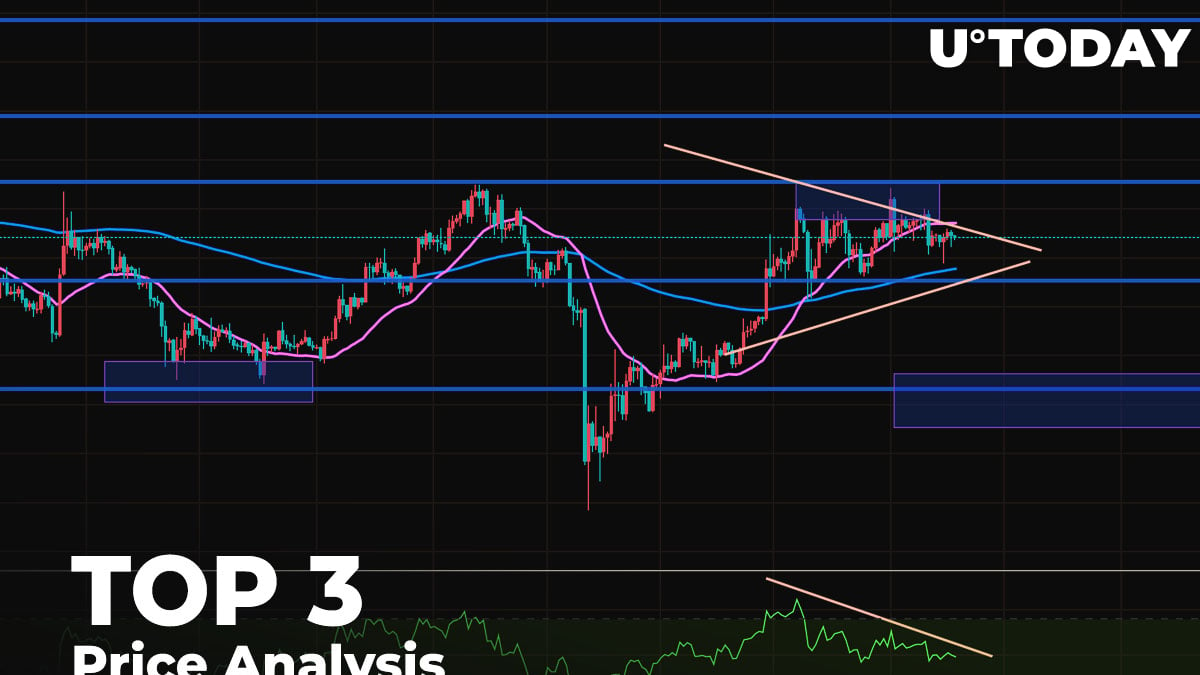 Cryptocurrencies are continuing to consolidate: the leading asset is squeezed in a 'Triangle' pattern, and only a breakout through $10,565 would indicate a continued rise to $13,865. Cardano (ADA) remains the only gainer today. However, growth has slowed since the start of the day. It has amounted to 0.24% over the past 24 hours.

The key data for Bitcoin (BTC), Ethereum (ETH), and XRP is below.

Bears continue to hold resistance at around $10,000. Now the Triangle pattern is being formed on the daily chart of the asset. The main trading idea still involves a breakdown of the lower border with a continued decline to $6,320 as part of the model refinement. An additional signal in favor of this option would be a rebound from the downtrend on the RSI indicator.

A breakdown of the support level and the price holding below $8,555 would also suggest a drop. If the coin breaks out of the upper boundary of the Triangle model, there could be continued growth to the first target at $11,900.

Yesterday, Ethereum (ETH) was at $230, setting a daily minimum at $227.56. By the end of the day, the pair recovered to the support at $233.33. During the Asian session, trading volumes were below average and the pair was unable to continue to grow towards the POC line ($243.36). If buyers increase volumes today, the recovery might continue.

However, if sellers become more active in the area of ​​average prices, then they could push the price to the ​​$225 area. Even a re-test of the $222.98 level will likely not cancel the bullish scenario.

XRP is the biggest loser on our list. The coin has lost 2.68% of its value over the past day. Yesterday, buyers tried to test the psychological mark of $0.20, but sellers reacted with a rather strong bearish impulse, which pierced the support at $0.19. However, this area stopped the rollback and the pair returned to the area of average prices.

If buyers gain a foothold above the two-hour EMA55, they will be able to break through the psychological level of $0.20. If bears dominate the market today, then the price will fall into the zone of yesterday's low.