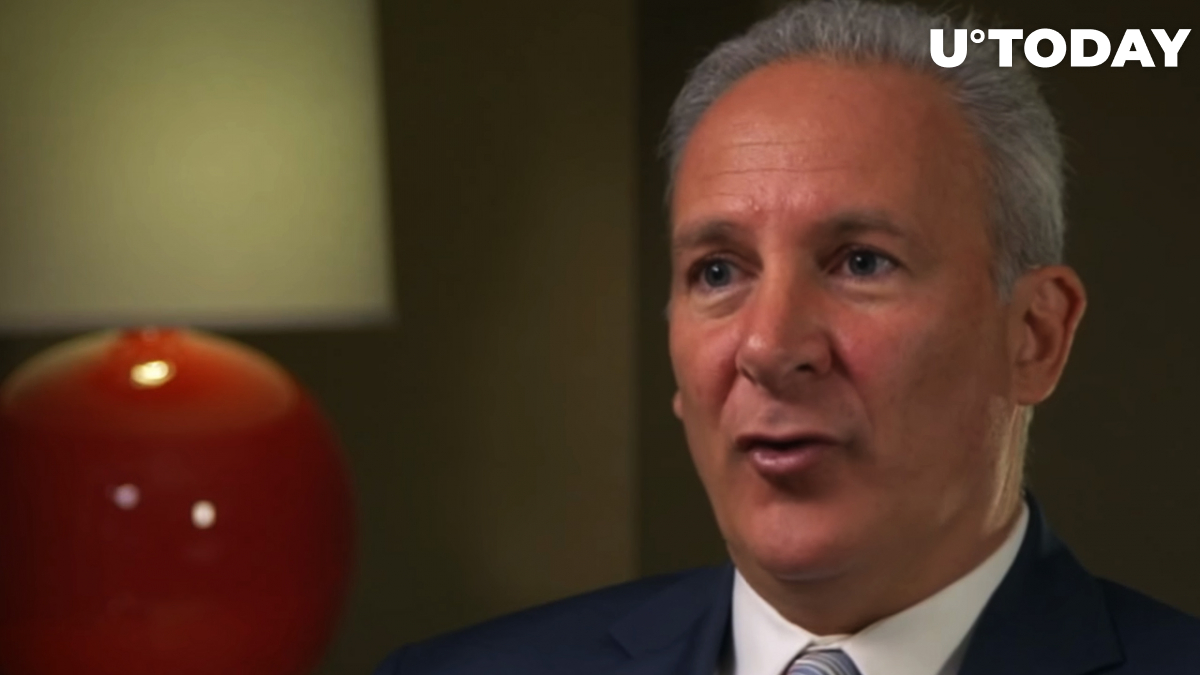 The CEO of Euro Pacific Capital, gold bug Peter Schiff, has taken to Twitter to comment on the loud fall of Terra (LUNA) and its UST pegged to the U.S. dollar.

Both coins are plunging amid a massive selloff. The stablecoin that lost its peg to the USD has fallen by over 49% in the past 24 hours, trading at $0.4832.

UST is an algorithmic stablecoin that was supposed to trade at a 1:1 ratio with the U.S. dollar. According to Chinese crypto blogger Colin Wu, on May 10, 46,239,360 LUNA were minted. Overall, in the past four days, more than 80 million of extra LUNA tokens have been created.

On May 10, a total of 1.2 billion UST were burned in an attempt to hold the price at $1. This burn was a record for the amount of crypto destroyed in a single day.

However, the coin keeps losing its peg to the USD, trading below $0.5 now.

The UST first lost its USD peg on Sunday. Luna Foundation Guard (LFG) acquired an additional 37,863 Bitcoins (holding a comprised 80,394 BTC back then).

Two days ago, U.Today reported that LFG announced that it would massively lend its Bitcoin to market makers to support UST and its peg to the USD. However, this "lend" looked more like a big selling order, giving away BTC bought at $47,000 for just $33,000.

However, the Bitcoin price then dropped, causing a massive outflow of liquidity from UST, and the token lost its $1 peg.

Bitcoin critic Peter Schiff tweeted that LUNA cannot sell enough Bitcoin to hold UST at $1 since Bitcoin cannot ensure enough liquidity for it. He added that a stablecoin backed by Bitcoin is "backed by nothing."

This is Bitcoin's critical flaw, according to Schiff.

#TerraUSD has crashed below 40¢. The collapse exposes a critical flaw in #Bitcoin. #Luna can't sell enough Bitcoin from its reserves to stabilize #UST at 1$ due to a lack of real liquidity in Bitcoin. Doing so would crash the market destroying the value of its Bitcoin reserves.