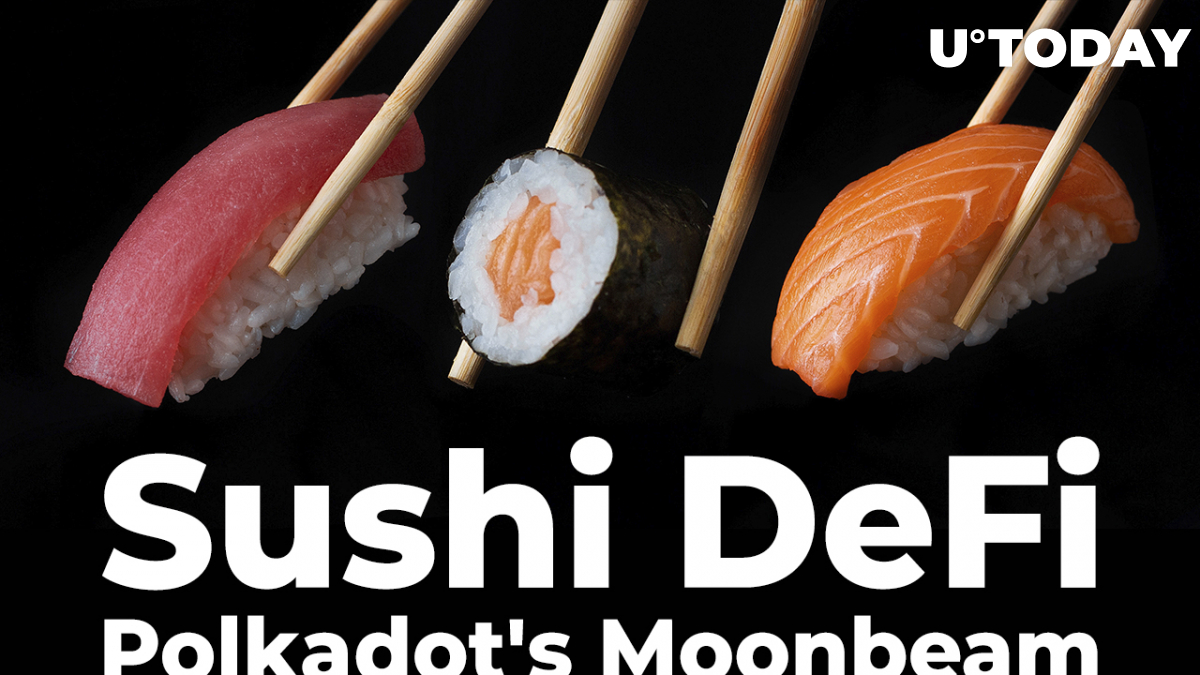 The team at Sushi, a multi-blockchain AMM-powered decentralized finance (DeFi) protocol, unveiled the roadmap of its partnership with Polkadot-based Moonbeam.

According to the official announcement shared by the Sushi team, it has entered into a long-term strategic collaboration with Moonbeam, which is a smart contracts platform of Polkadot (DOT) tailored for various use cases.

After exploding onto Ethereum and all mainstream EVM-compatible blockchains, Sushi launches on Moonbeam. Its popular liquidity mining programs go live today, on Nov. 5, 2021.

This partnership will address a wide range of red-hot DeFi practices such as decentralized lending/borrowing, peer-to-peer swaps and so on.

As a result, the protocol becomes "native" for Kusama, Moonriver, Ethereum, BSC and Polygon Network (previously Matic Network) at the same time.

That said, this partnership is set to open a new page in the history of Polkadot and Kusama liquidity ecosystems. Also, it will be a game-changer for interoperability between major smart contract platforms.

The Sushi team already shared some details of the next steps in its partnership with Moonbeam. First of all, it is going to move its IDO module, MISO v2.

Then, digital collectibles platform Shoyu and lending/borrowing protocol Kashi will be rolled out on a new blockchain for Sushi.

According to the DeFi Pulse dashboard, Sushi is now ranked #8 among DeFis by total volume of assets locked (TVL) with $5.08 billion injected by users.