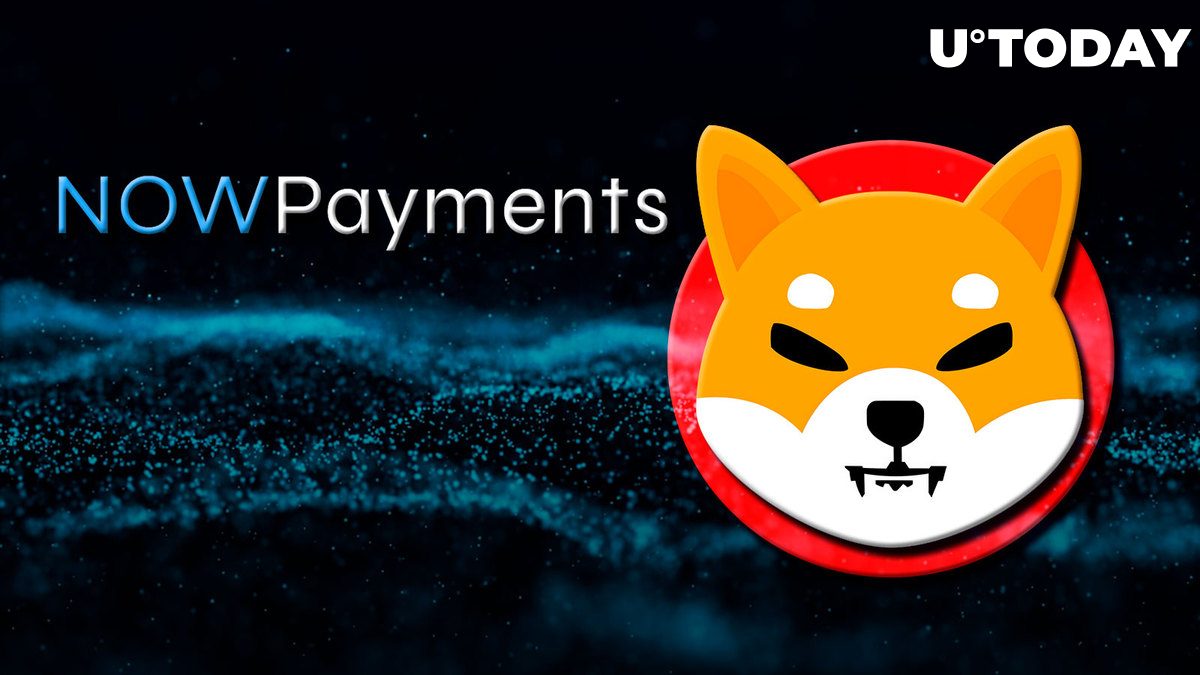 Shiba Inu can now be accepted through NOWPayments PoS terminal, which can act as a SHIB payments processor.

Thank you @NOWPayments_io for allowing $SHIB to be accepted via Point-of-Sale 👀🔥https://t.co/MUo30MvBsi

A system that simplifies the processing of cryptocurrency payments is a point-of-sale terminal. The point-of-sale system from NOWPayments is entirely web-based, in contrast to other PoS solutions that utilize physical devices. As a result, it may be employed on a wide range of devices, including computers and mobile phones.

According to U.Today, NOWPayments increased support for SHIB by giving companies the option to pay their employees in SHIB. Companies can include SHIB wages and other kinds of mass Shiba payments using the NOWPayments Mass Payments solution.

In March, NOWPayments also enabled an optional burn for merchants — a feature that helps to burn SHIB and LEASH profits by selecting the portion of the profit to burn.

As reported by U.Today, the Shiba Inu team shared important updates regarding the SHIB.io Metaverse. In late July, Shiba Inu revealed its partnership with world-class visualization studio The Third Floor (TTF) for the design and construction of its highly anticipated SHIB.io The Metaverse Project.

#SHIBARMY Map update since 5.8.22. Wagmi-Temple, the first Hub that @TheThirdFloor is developing has seen the most “new” activity 🔥

The WAGMI Temple HUB will be a significant upgrade to the SHIB Metaverse, according to its creators. The THIRD FLOOR (TTF) studio and Metaverse team are currently working on several HUBs, including this one. This specific HUB is designed to resemble a Zen-like environment where users can engage in relaxing sensations, meditation and "spiritual connections to the world."

SHIB BPP, a Shiba Inu community-focused Twitter account, shares that the Wagmi-Temple, the first Hub that The Third Floor is developing, has seen the most "new" activity.