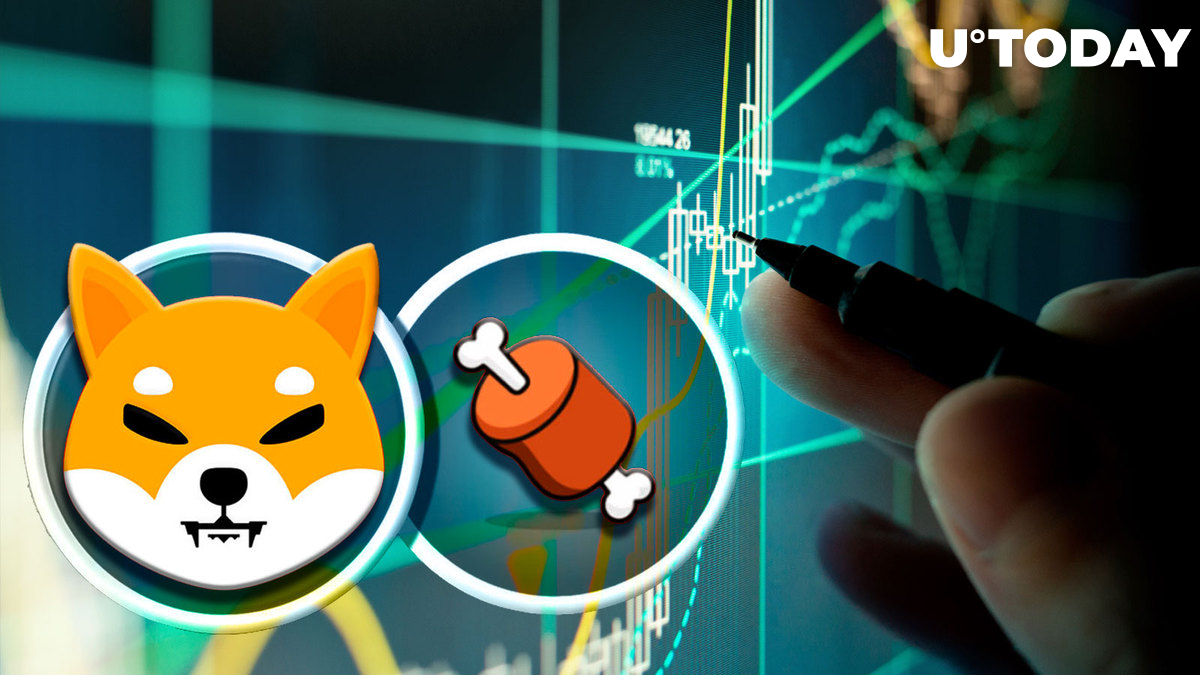 According to CoinMarketCap data, BONE, the governance token of the Shiba Inu ecosystem, is presently up 68.24% at $2.17 thanks to positive investor sentiment. Notably, BONE has gained nearly 150% in the last 48 hours. The outcome was a stunning 447% rise in 24-hour BONE trading volumes.

The BONE/WETH pair on ShibaSwap accounted for a larger chunk of the trading volume at 64%. The BONE/USDT pair on the MEXC global exchange accounted for 16.12% of volumes.

In the past week, in a move that expands support for BONE, the Singapore-based MEXC exchange, in collaboration with Bone ShibaSwap (BONE), announced rewards of 5,555 BONE for users who participate in the "Sign up, Deposit & Trade" event.

As reported by U.Today, BlueBit.io has announced that it has listed BONE, thus increasing the token’s exposure. At the time of publication, Shiba Inu (SHIB) was also up 3% at $0.0000125 and was demonstrating a 10% rise in trading volumes.

According to IntoTheBlock, large transaction surges are typically linked to increased activity from whales, who are either buying or selling, and a transaction is generally more than $100,000. In the last 24 hours, the number of large transactions rose 275% as the Shiba Inu price slightly rebounded.

It is noteworthy that a massive spike in large transactions had a lead-up to Shiba Inu's impressive rise earlier in August.

The Shiba Inu team has also shared important updates regarding the SHIB.io Metaverse. In late July, Shiba Inu revealed its partnership with world-class visualization studio The Third Floor (TTF) for the design and construction of its highly anticipated SHIB.io The Metaverse Project.

The Shiba Inu team stated that since the partnership was announced, it has been working diligently to provide a fundamental framework for SHIB The Metaverse. It claims that for the SHIB Metaverse project to be successful, community synchronization, intake and going beyond just advising are essential. This endeavor will not be any different from previous community-focused initiatives, especially in light of Shiba Inu's emphasis on its community.