Valeria Blokhina
Only the latest crypto news and updates in U.Today’s news digest! 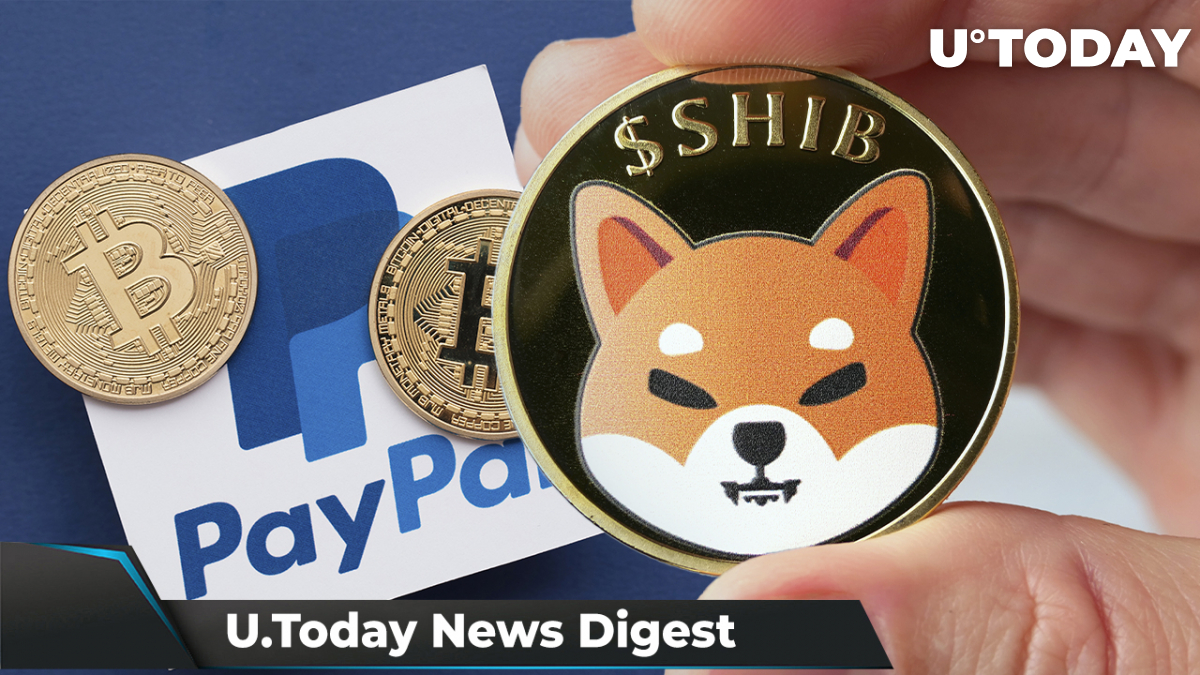 Shiba Inu now has its own fast food chain

Shiba Inu has scored yet another partnership, to the delight of its vibrant community. This time, according to a recent post by SHIB dev Shytoshi Kusama, Shiba Inu teamed up with Welly’s, an Italian fast food restaurant. As part of the partnership, Welly’s conducted a full rebrand, making the Shiba Inu dog its new mascot and adjusting its menu and marketing strategy. The customers at Welly’s will also be able to use the SHIB token as a means of payment.

Peter Schiff, CEO of Euro Pacific Capital and vocal Bitcoin critic, believes that the 25% plunge of the PayPal share price may be negative for BTC. He tweeted that PayPal is deep in the crypto ecosystem and one of the top choices for people who seek to invest in established stocks that have high chances of rising along with crypto. But now, Bitcoin and other cryptocurrencies are dropping in value, with BTC currently changing hands at $37,696 on CoinMarketCap.

Whale Alert has detected two XRP transactions made by an anonymous wallet. Both of them carried 20 million coins to Bitso and Bitstamp crypto exchanges, which collaborate with Ripple as providers of On-Demand Liquidity services for their regions: Latin America and Europe. Later on, analytics platform Bithomp, which deals with XRP transfers, has revealed that this anon address belongs to the U.S.-based Bittrex crypto exchange.

WhaleStats data shows that a crypto whale ranked 30th among the top 1,000 ETH wallets has purchased a whopping 2,810,227 POLY, which equals $1,170,285 in fiat. However, the largest token holding of the whale remains Shiba Inu. According to WhaleStats, the anonymous investor owns five trillion SHIB, or $94,180,784.