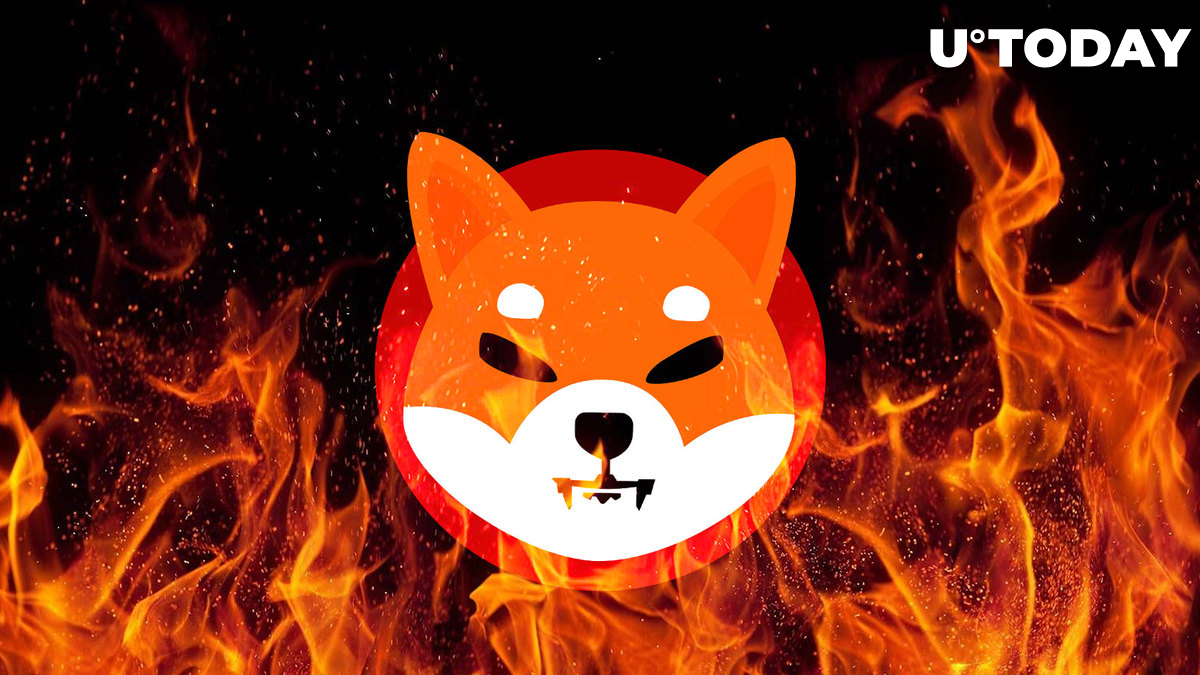 Per data provided by the Shibburn website, which tracks all SHIB burn transactions, the burn rate of this meme coin has spiked significantly over the past 24 hours. Most likely the growth was due to this factor.

According to the aforementioned SHIB burn tracking platform, in the last 24 hours, the pace of burning Shiba Inu meme coins has gone up by an astounding 1,494%. A total of 45,165,582 SHIB were burned versus 2,833,917 SHIB destroyed the day before.

During the past 24 hours, out of 45.1 million coins, nearly all of it - 37,843,644 Shiba Inu - was removed from circulation and locked in a dead wallet in a single mysterious transfer.

In the past 24 hours, there have been a total of 45,165,582 $SHIB tokens burned and 6 transactions. Visit https://t.co/t0eRMnhnPL to view the overall total of #SHIB tokens burned, circulating supply, and more. #shibarmy

Overall, in the past seven days, the joint efforts of the SHIB army have made it possible to destroy 147,590,806 SHIB.

This is a much smaller amount burned weekly than was burned before September arrived. Back in the summer and spring, the SHIB army would send one or two billion meme coins on average to "inferno" wallets.

The current figure – 147.5 million – is what they used to burn within 24 hours on average, but now burn figures have dropped so low that this has turned into a result of one week's burn.

Over the past few days, starting on Tuesday, Oct. 18, the price of the second largest meme token Shiba Inu has dropped by nearly 4%. It would not have been so bad if it had not been for the fact that the drop made the SHIB price add another zero. The "addition" took place on Oct. 19.