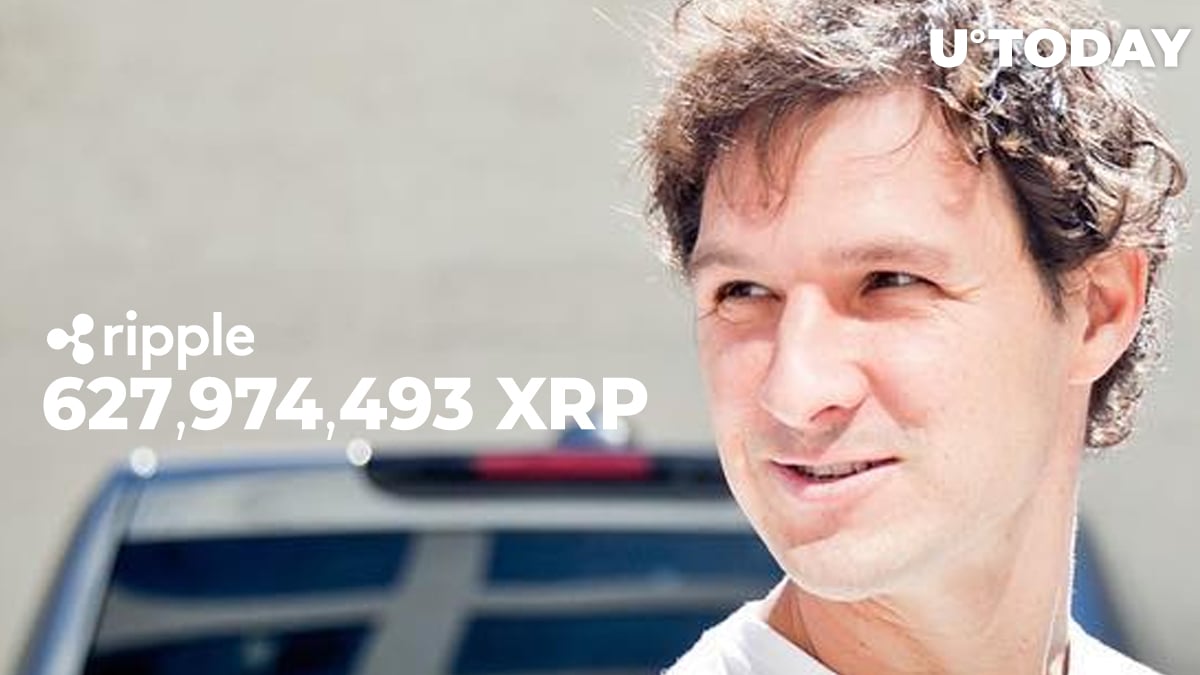 Cryptocurrency tracking bot Whale Alert has shared that, approximately 10 hours ago, Jed McCaleb, who helped create what is now known as Ripple and was the company's first chief technology officer, received another XRP lump from Ripple Labs.

Meanwhile, several other large XRP lumps have been moved with the participation of Ripple's Chris Larsen and major crypto exchanges Binance and Bitstamp.

According to Whale Alert, Ripple has transferred 627,974,493 XRP to the man without whom the company would never have been founded: Jed McCaleb, its first CTO.

He has been receiving healthy lumps of XRP since he left Ripple a year after its foundation, in 2013, and founded rival company Stellar, which also targets cross-border payments via financial institutions.

He has been receiving payments as part of the settlement agreement that he signed with Ripple. To prevent Jed from dumping several billion XRP into the market, he has been getting it in lumps, also forced by the agreement to sell it in small parts.

As reported by U.Today four days ago, over the course of a week, McCaleb sold 135.8 million XRP coins.

Data published by Whale Alert also says that the crypto exchange with the greatest trading volume, Binance, has sent 41 million XRP to the former CEO of Ripple and its second cofounder, Chris Larsen.

There are no comments from Whale Alert regarding that transaction. However, in the past, Ripple sold large amounts of XRP to Binance from time to time—as well as to other exchanges—to support XRP liquidity.

In the meantime, another major global exchange, Bitstamp, and Ripple’s Europe-based ODL platform, has transferred a staggering 150 million XRP between its wallets.

The fintech giant unlocks one billion XRP coins from escrow the first day of each month, to sell to exchanges, its partners and so on. After that, around 200 million XRP usually gets locked back in escrow.

This time, the company has put back half of the released amount, 500 million coins.

At press time, XRP is sitting in seventh place as per CoinMarketCap and is changing hands at $0.4428.