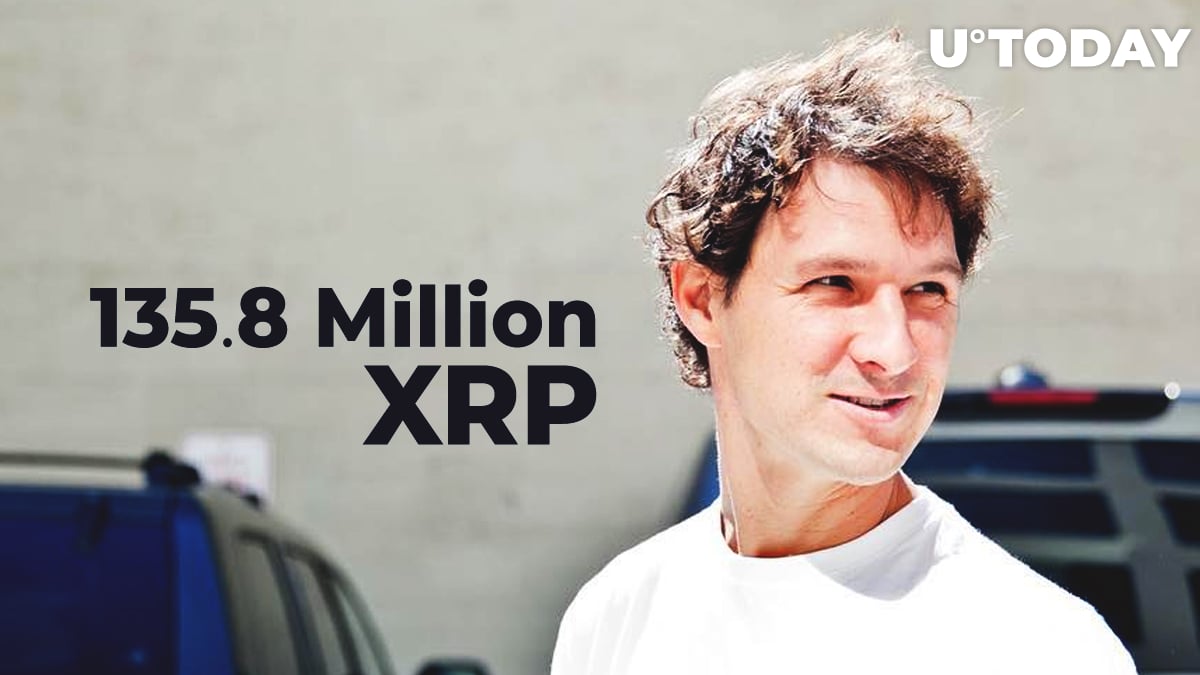 Recent data from XRPscan has it that since Saturday, Feb. 20, Jed McCaleb, who founded Ripple Labs together with Chris Larsen and was the company's first CTO, has moved 135.8 million XRP from his wallet to dump them on the market.

The previous week he released 267.8 million from his wallet to be sold.

After the aforementioned transactions, the balance of McCaleb's tacostand wallet diminished to 76,348,688.665434 XRP.

When he cashed out 76.3 million recently, there was 404 million XRP remaining on the balance. The community believes that, aside from "tacostand," the first chief technology officer of Ripple Labs has almost three billion XRP coins left.

Jed McCaleb is not sued by the SEC

Unlike the other founder of the company, Chris Larsen, and its current chief Brad Garlinghouse (and Ripple Labs itself), McCaleb has not been included in the SEC lawsuit regarding illegal XRP sales.

The legal complaint was filed by the securities regulator in late December 2020 and there have been several pretrial discussions so far.

However, Ripple and the SEC have decided that a settlement will be unlikely in this case.