Past ICO Review: Nebulas Not as Cloudy as Appears

Eric Eissler
Search engine for Blockchains? It will be needed soon to find the right Dapps 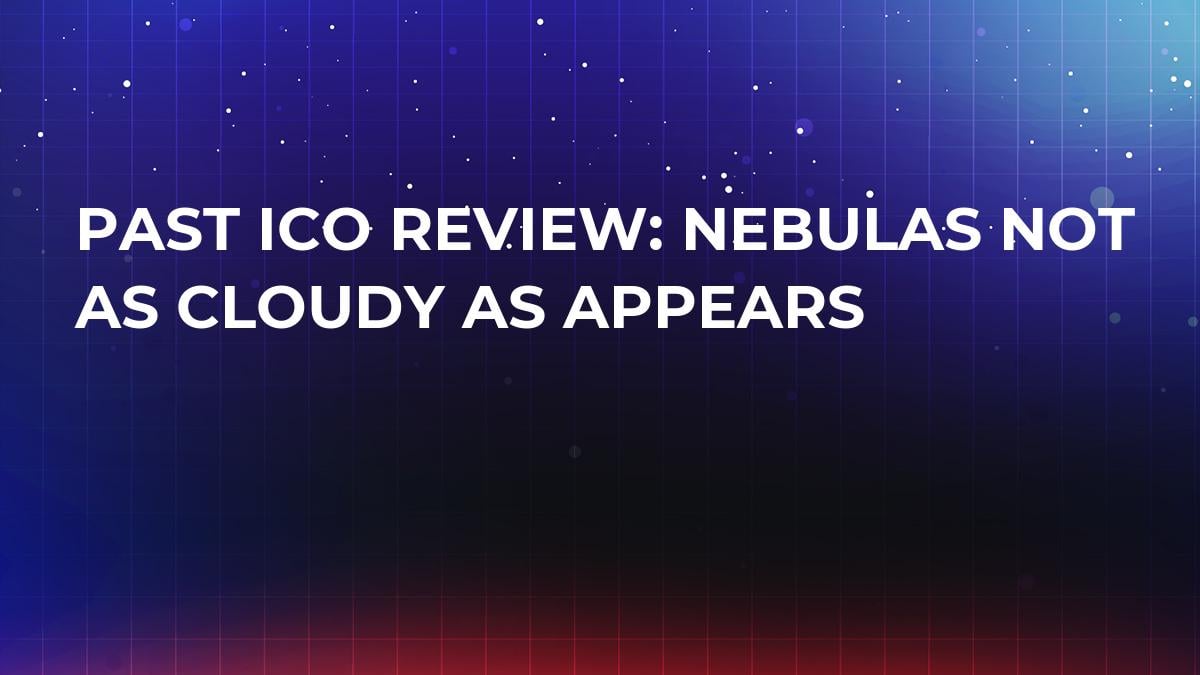 One of the main problems that Nebulas tries to solve is searching for relevant decentralized applications (Dapps). As Dapps become more and more prevalent, being able to find the right Dapp to meet your needs will be harder and harder. That is why the value ranking will be vital in sorting Dapps. It will be akin to page rankings on a search engine, but for Blockchains and Dapps instead.

No forks at this table

The elimination of hard forks or fundamental programming codes changes that affects how the Blockchain functions. In the past year, there have been countless hard forks that have created new cryptocurrencies, and thusly, “parent-child” rivalries, such as the most notorious case, Bitcoin and it’s hard fork of Bitcoin Cash.

The latter, supporters like Roger Ver say, is the original Bitcoin! Without the hard forks, it makes it easier to manage a Blockchain and its nodes, the originator of the programming code, does not have to worry about miners and coders going rogue and splitting up the Blockchain. The idea behind the no forking is that the system should upgrade over longer periods of natural changes to the protocols and policies.

The following are descriptions, taken from the website, of the three core technologies that will allow Nebulas to develop continuously and naturally.

The China-based team behind Nebulas has some developers who are responsible for creating Antshares or what is now known as NEO.

With a strong development team, mission, vision, $60 mln raised, and most importantly an actual purpose, Nebulas has some strong potential.