On Oct. 14, a story about the Norwegian Ministry of Finance investing a staggering $100 mln in a Blockchain project prompted a heated discussing on Facebook. However, a local media outlet points out that the news screams fake. 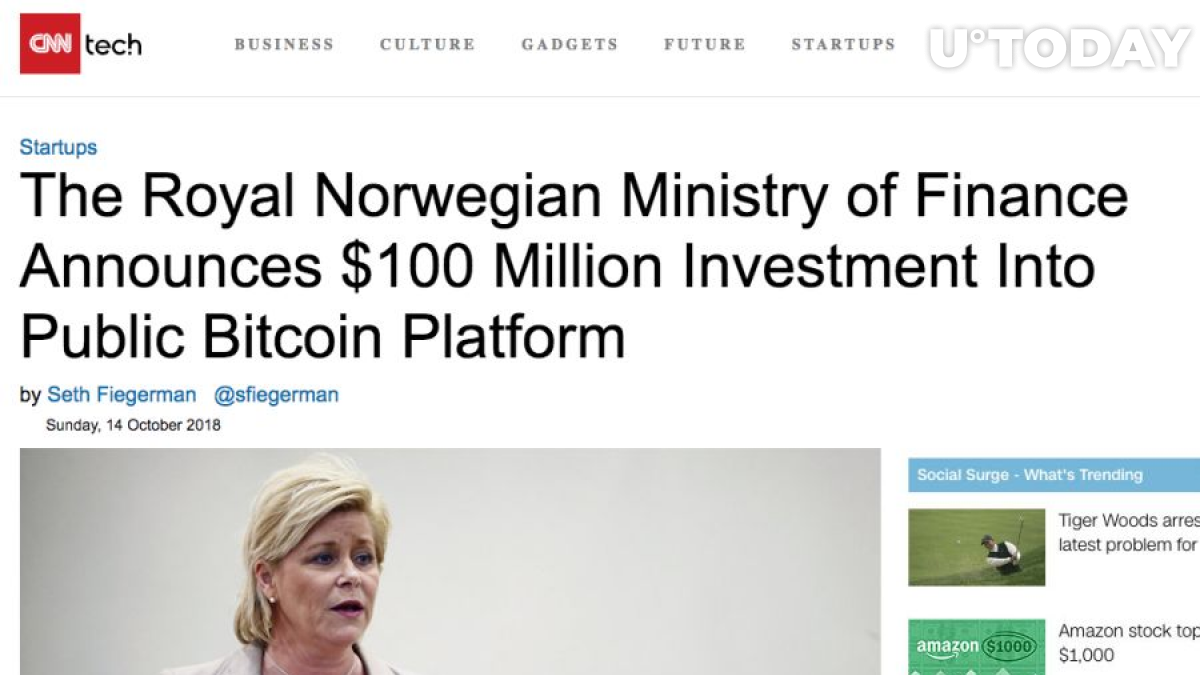 Factisk.no reveals that the interview with the Ministry of Finance Siv Jensen never happened, and he has no intentions to put money into the new project dubbed “Bitcoin Revolution”. In order to give the story more credibility, they published what appears like a legit CNN article, but Jensen was never approached by CNN to discuss Norway’s investment in Bitcoin. The domain bougispace.com is located on an IP address registered in Malaysia. They conclude that this scam was apparently designed in order to lure in gullible investors.