Mastercard, Wells Fargo Top Execs: Blockchain Is Overhyped, No Real Use Yet

Alex Dovbnya
?Top managers at Mastercard and Wells Fargo, upon conducting tests with blockchain, claim that this technology is oversold, producing nothing much but hype so far 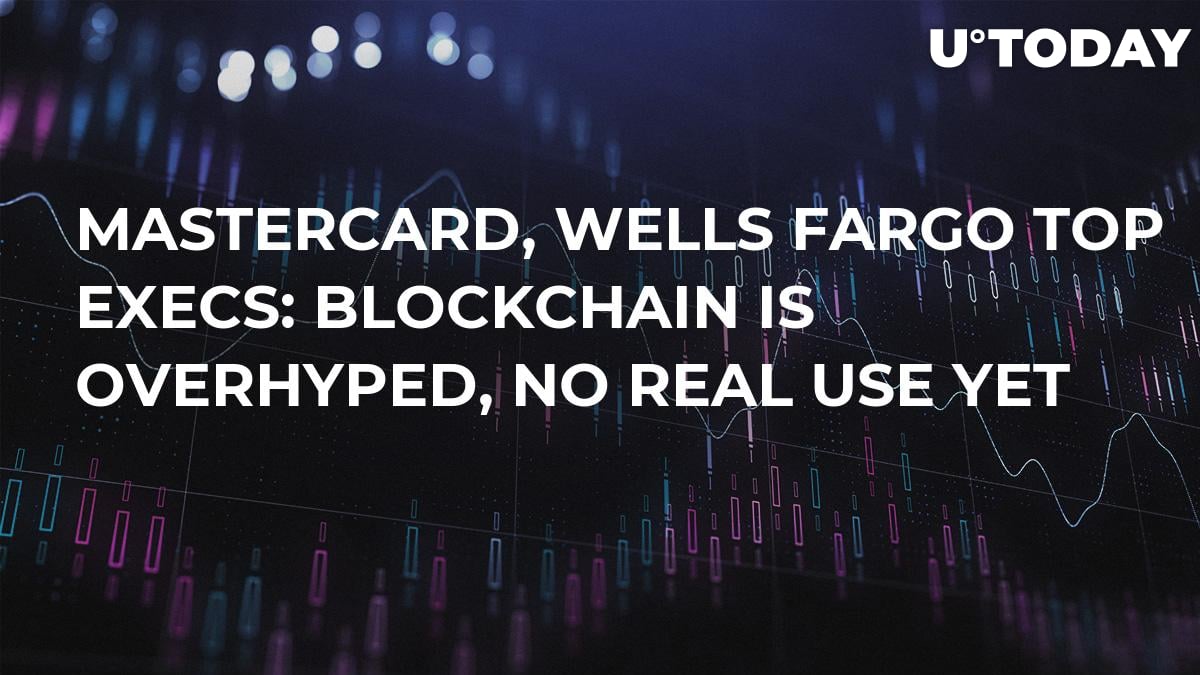 In a recent interview with CNBC at a big fintech festival earlier this week, the CEOs of Wells Fargo and Mastercard shared that in their opinion, blockchain has long-term prospects. However, they still find it unclear how DLT can be used to make a business prosper.

Business giant’s CEO gives it to blockchain but…

As per them, the amount of hype around blockchain so far is bigger than the actual business use cases it can offer.

Tim Sloan, the head of Wells Fargo, said in a speech at the festival in San Francisco that DLT has been ‘way oversold’. He believes that the basis for future developments that blockchain offers is wonderful. However, the industry is developing at a too slow pace.

He mentioned an experiment that Commonwealth Bank is conducting in Australia, where DLT is implemented for trade operations. As per Sloan, neither here nor in other pilots, blockchain has not proven to be ready for actual adoption. In Australia, he reminded the audience, just one transaction has taken place so far.

Sloan believes that the technology will certainly have an impact in the future, not in the short-term.

The CEO of Mastercard, Ajaypal Banga, whose company has been heavily investing into blockchain recently, seconded Sloan on stage, saying that the DLT “business model is not proven”. However, he also reckons businesses should give it time to mature and change.

In particular, Banga pointed out that blockchain can be useful for improving the quality of supply chains and solving issues with counterfeit products.