Yuri Molchan
?️?IBM launches World Wire and persuades banks to use XLM and launch their own stablecoins on the network 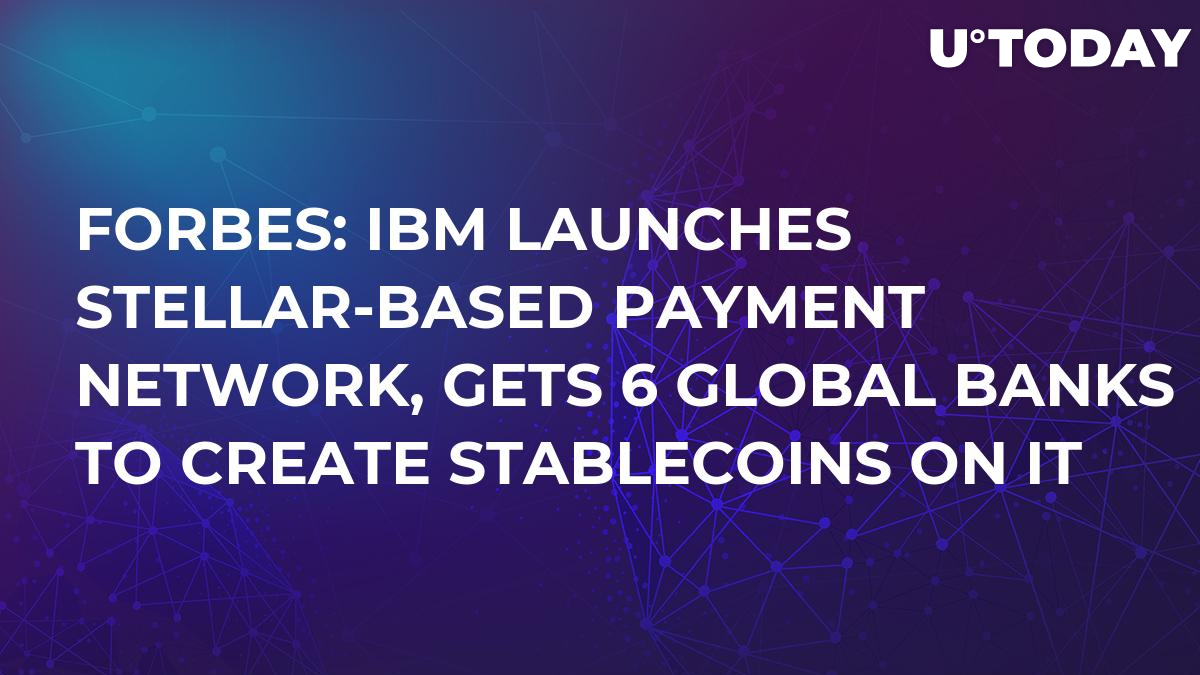 On Monday, six banks operating internationally signed the necessary documents confirming their desire to create their own stablecoins on a payment network run by IBM on the Stellar open ledger.

IBM launches payment network on Stellar, gets banks to join it

The network was built to allow financial institutions to conduct transnational payments, whether it is remittance or simply foreign exchange, and do it in a quicker and cheaper manner than the conventional banking system allows.

Now, IBM is getting banks around the world to join it and start using its new product.

So far, the global heavyweight has named only three banks out of six that will cooperate and issue their stablecoins. These are RCBC bank located in the Philippines, Banco Bradesco from Brazil, and South Korea’s Busan Bank.

The aforementioned banks are waiting for regulators to greenlight them. However, there is one stablecoin powered by World Wire which has been released already – a USD-pegged coin made by a San Francisco startup.

The newly made stablecoin is only waiting to start working, even within the US. However, this has been approved by US regulators. So, IBM promises that by the end of 2019, the US will be added as an operating point.

Related
Could Bitcoin Come Crashing Down? — The Mystery of Satoshi’s Kill Switch

Currently, the World Wire network runs in 72 countries through special locations for conducting fiat payments. However, the banks that will work with the new network will be able to transfer value in XLM, the native Stellar token, when difficulties rise in using fiat currencies. On top of that, they will be able to launch their own stablecoins.

In an interview, IBM’s head of blockchain for financial services, Jesse Lund, said that in the future, World Wire may start supporting other crypto assets as well.