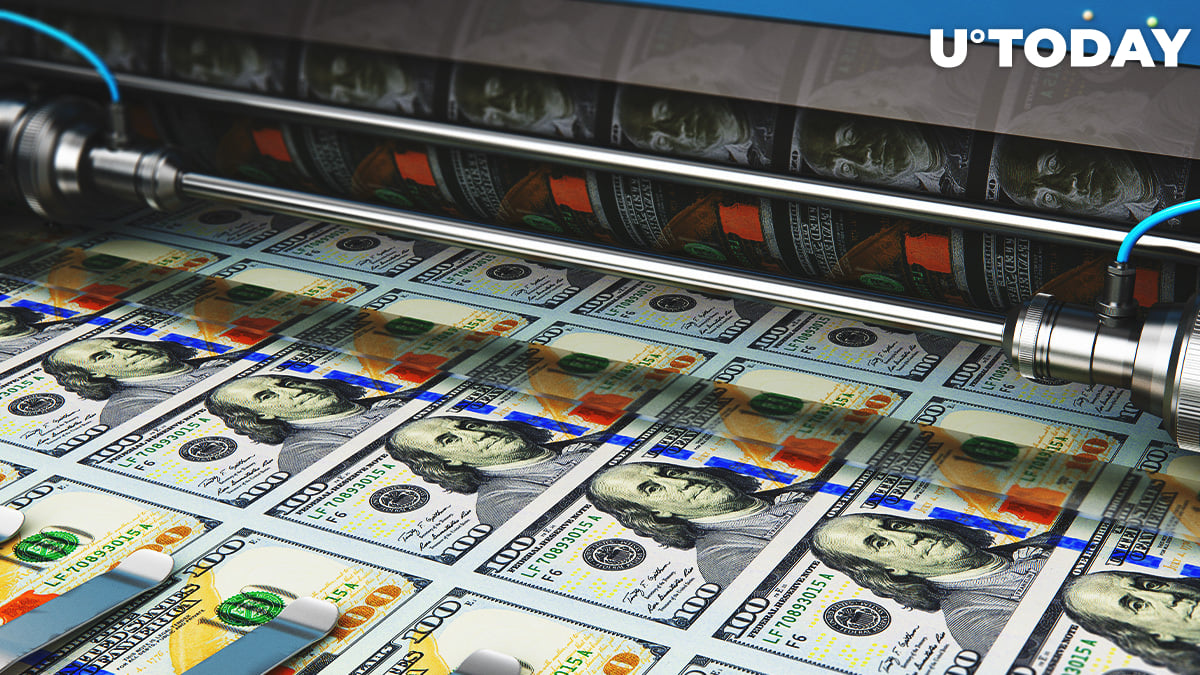 A prominent analyst, known on Twitter as PlanB, has published a post in which he mentioned how soon, in theory, the USD may collapse and what the consequences would have been if the Fed Reserve had not switched on the printing press.

‘Fed Reserve has no choice but print’

Many average crypto enthusiasts, Bitcoin traders, investors and major economists, such as Anthony Pompliano, John McAfee and gold advocate Peter Schiff, are pouring heavy critiques over the Fed Reserve for the aggressive QE measures it has recently been applying to prevent a worsening of the financial crisis.

There are 1.5 trillion dollars in circulation.

And the government says:

"don't worry ... this won't cause hyperinflation".

PlanB tweeted that, despite the heavy consequences of the coronavirus on the US economy and other countries' economies, there seems to be no other way.

The Fed Reserve, the analyst states, knows exactly what they are doing and how it will end. The US Central Bank has no choice, PlanB believes. If they hadn't started the printing press, things would be dire, the expert tweeted.

Don't think Central Bank don't know what they are doing. CB know exactly what they are doing, and also how it ends. But they have no choice. Consider it your last warning signal, the canary in the coal mine. Protect yourself, buy stuff CB and governments can NOT print. #Bitcoin pic.twitter.com/dgWKKv8e6q

In particular, he mentioned that there would have been numerous defaults of big companies, small and medium-sized businesses, such as restaurants, and many more people losing their jobs. The worst thing, he suggested, is that it all could have led to social unrest – “gangs plundering the streets, going door by door”.

“The other option is: a lot of defaults, big companies (Boeing, airliners, hotels etc) and SME (e.g. restaurants), leading to a lot more unemployed (millions and millions), who do not get money for food, leading to social unrest (gangs plundering the streets, going door by door).”

Related
Elon Musk Sends His Condolences to US Economy

The analyst also touched on a topic many Bitcoin maximalists have recently favored – the collapse of the USD. For this reason, many insist that Bitcoin and gold will be the only cure.

PlanB stated that, in theory, the US dollar could break within just a year.

USD can theoretically break within 12 months, depending on how crazy it gets with brrrrrr pic.twitter.com/SNl8ZJWzv9