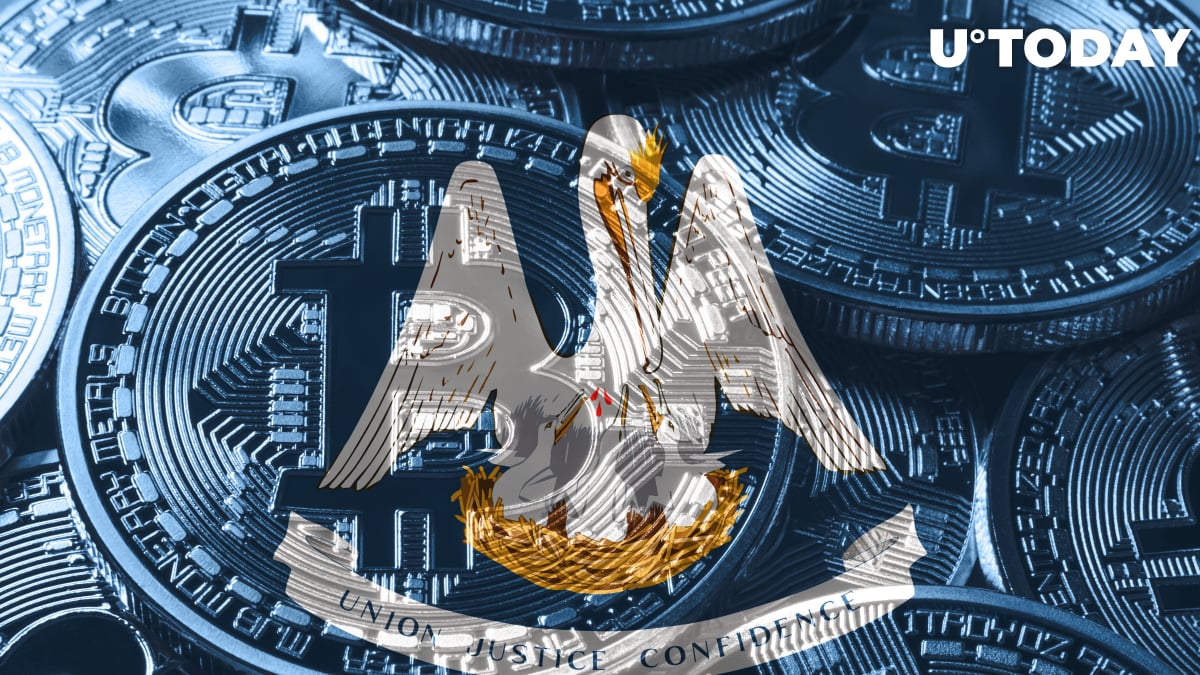 The Louisiana House of Representatives has passed a bill commending Bitcoin and its pseudonymous creator Satoshi Nakamoto for "contributing to ecomic security."

It states that the flagship cryptocurrency could potentially become the new reserve asset, replacing gold:

WHEREAS, Bitcoin, which could potentially replace gold as a monetary reserve, is
limited and finite and there is a maximum capacity of only twenty-one million bitcoins
allowed to be produced.

The bill also mentions that Bitcoin is the very first decentralized trillion-dollar asset, which protects people from currency debasement around the world.

Lousiana lawmakers encourage state and local governments to consider ways to benefit from the new technology.

Southern U.S. states are now getting ahead of the curve in terms of Bitcoin adoption. As reported by U.Today, Jackson, the eighth biggest city in Tennessee, is planning to add Bitcoin to its balance sheet.