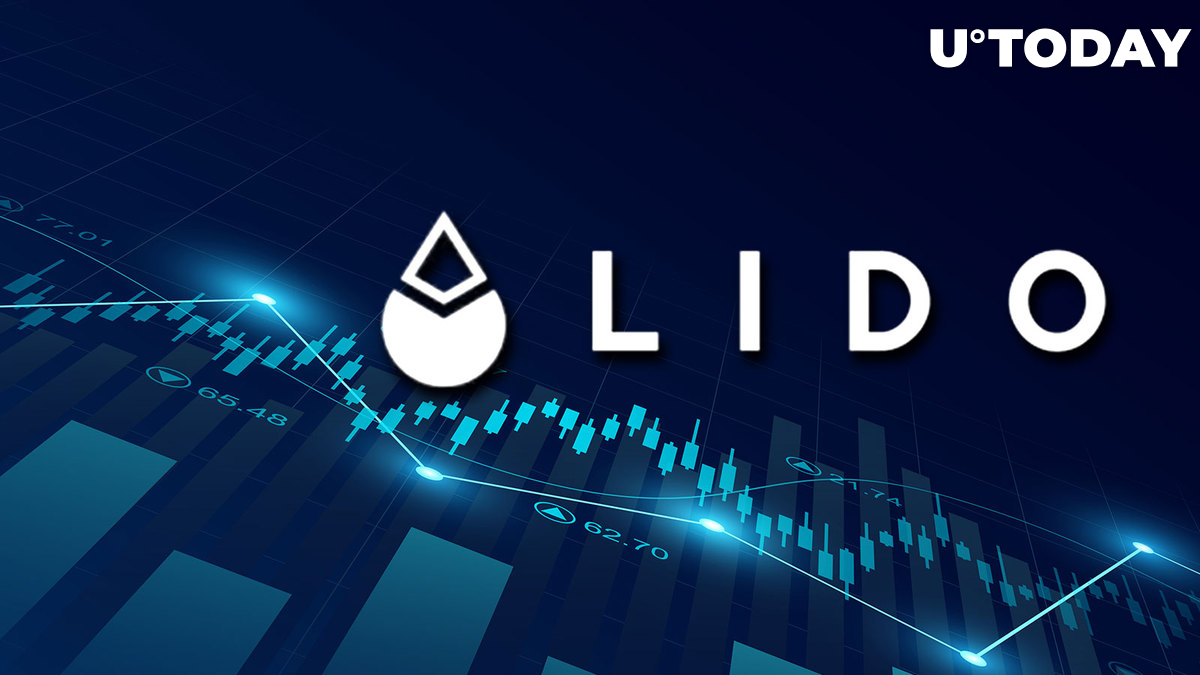 The token of the biggest holders of Ethereum on the market is seeing another surge in popularity and the strengthening of market performance. Thanks to the strong buying activity, LDO's price has surged by more than 10% in the last 24 hours, making it one of the most profitable digital assets on the market, and the reason behind it is simple.

Expectedly, the price of the DAO's token almost never moves without the performance change on the second biggest cryptocurrency on the market. Since the FTX implosion, Ethereum blockchain saw a massive spike in network activity and the number of new validators.

According to Delphi Digital, the Ethereum staking rate saw a 10% increase on Nov. 14, which shows a solid correlation between the two projects. Since Lido has the largest exposure to Ethereum staking on the market, the growing number of stakers on the network benefits Lido DAO, LDO and ETH.

Prior to the Merge implementation, Lido saw a massive surge in the number of new users and a strong price rally of LDO token on the market. Since Lido was the biggest holder of staked Ethereum tokens in pre-Merge Ethereum days, users willingly joined the decentralized community to become part of the biggest validator in the ecosystem.

Nevertheless, Lido Finance faced plenty of criticism due to the mechanism they use to provide users a stake in their DAO. Technically, every participant in the DAO owns a surrogate token instead of a real Ethereum. If a user would like to leave the DAO, they would receive their ETH back after a certain period in exchange.