Yuri Molchan
Crypto gets deeper into Hollywood and the music world, dragging in top actors and celebrity musicians 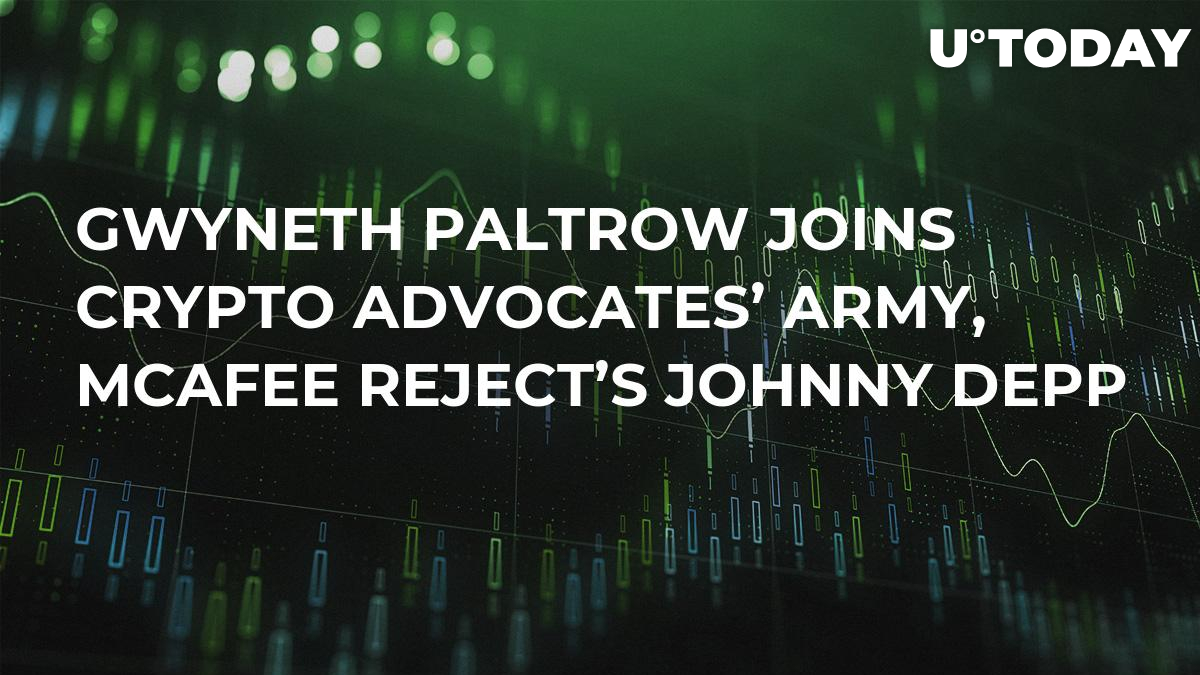 On Monday, Gwyneth Paltrow, the most recent convert to cryptocurrency, tweeted a link to an article posted on her company’s site. The text is titled “The Basics of Bitcoin and Cryptocurrency.”

It is yet unclear whether the actress is indeed interested in digital assets. However, she has taken up the role of an advisor to the Abra ICO. This project intends to create a whole lot of services that would make access to crypto and usage of it more simple and efficient.

The new platform will supposedly link users’ credit cards with crypto wallets through a special account. Thus, customers will be able to use almost 30 top coins, including BTC, ETH, LTC, and XRP.

Reportedly, Paltrow herself initiated this collaboration after she had seen a presentation of this company in a public event. It is not known whether her payment for the participation will be either in a fiat currency or in the native coin of Abra.

As for other actors from Hollywood, the recent wave of adding Blockchain and crypto into movie scripts has covered them, too. In summer, U.Today reported that Johnny Depp and Kurt Russell were preparing to star in two films to do with crypto.

The star of the Pirates of the Caribbean, Johnny Depp, was offered to play the role of John McAfee in his biopic “King of the Jungle.” However, recently he tweeted that “Captain Jack Sparrow” is not good enough to express the nuances of McAfee’s character on the screen.

Depp has been replaced with Michael Keaton, although McAfee says he hoped to get Morgan Freeman into the project.

My lobbying against Johnny Depp, Who was picked https://t.co/hKoS5JAhy9 me in "King of the Jungle", worked. I refused to work with Depp. Replaced by Michael Keaton. My hope was for Morgan Freeman (seriously). He refused. Seth Rogan also has a part.https://t.co/0VjRvRgMsN