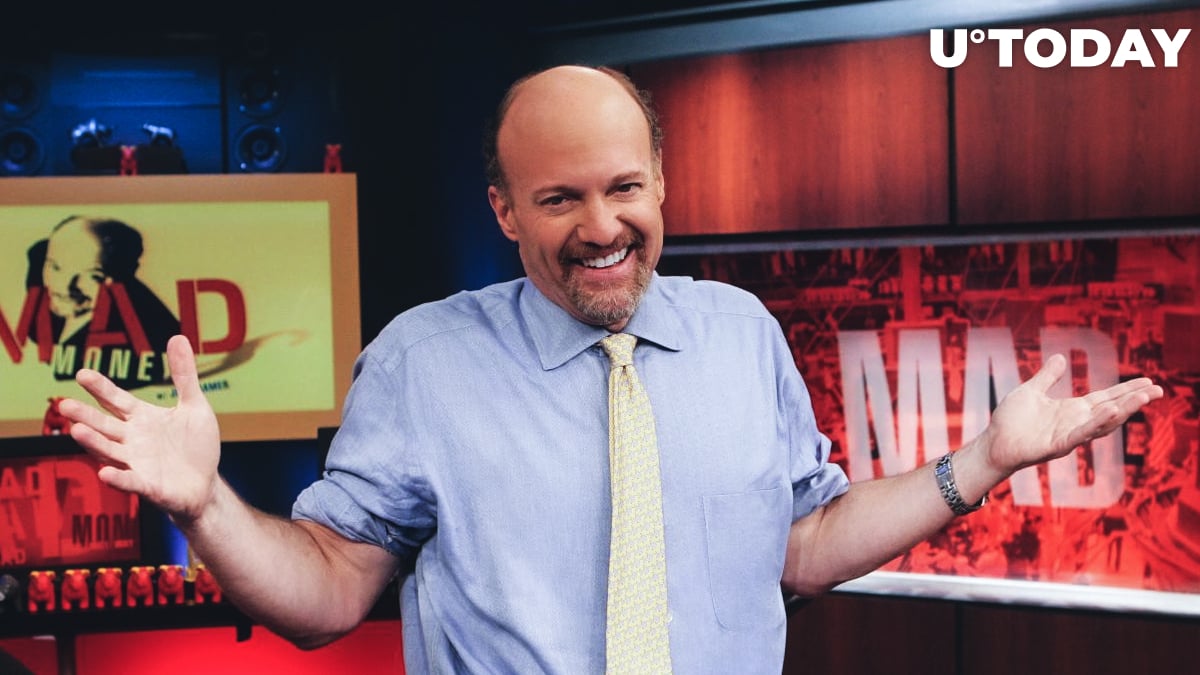 Veteran CNBC host Jim Cramer has just tweeted that gaming merchandise retailer GameStop—which now epitomizes the rebellion of retail investors against Wall Street—should convert its shares to get “a ton of Bitcoin” and hold onto it for dear life.

He even suggested renaming the Reddit favorite into “Bitstop” or “Gamecoin” to highlight its shift to crypto:

Bitcoin! Genius!!! Gamestop needs to be a 5000 store bitcoin palace!!! I cannot believe how brilliant that would be... They can sell stock buy a ton of bitcoin and just hold on. Call it Bitstop. Or Gamecoin. wow!

Alas, the first one will not be an option since it will coincide with a Miami-based cryptocurrency ATM company of the same name.

The GameStop drama lives on

After a blistering 3,000 percent rally that nearly drove some short-selling hedge funds out of business in early January, the game suddenly stopped for the high-flying stock. It ended up plunging 88 percent from its Jan. 28 high of $483. One investor reportedly lost over $7 million in a single day.

The enthusiasm of the “eat-the-rich” WallStreetBets crowd certainly tapered off, with retail traders not accounting only for 5 percent of the total trading volume.

The decline of the stock coincided with the dwindling short interest that was at the heart of GameStop’s historic ascent.

Presently, the volatile stock is in the middle of a relief rally, soaring over 40 percent after Robinhood removed its controversial trading curbs.

Embracing Bitcoin has done wonders for business intelligence firm MicroStrategy that is currently hosting an event that is meant to make other companies follow its lead.

Bitcoin is currently hovering just above $38,000 amid another choppy day of trading.