Yuri Molchan
Whale Alert has updated its analytics data on XRP and Jed McCaleb, sharing some new details about the largest XRP whale 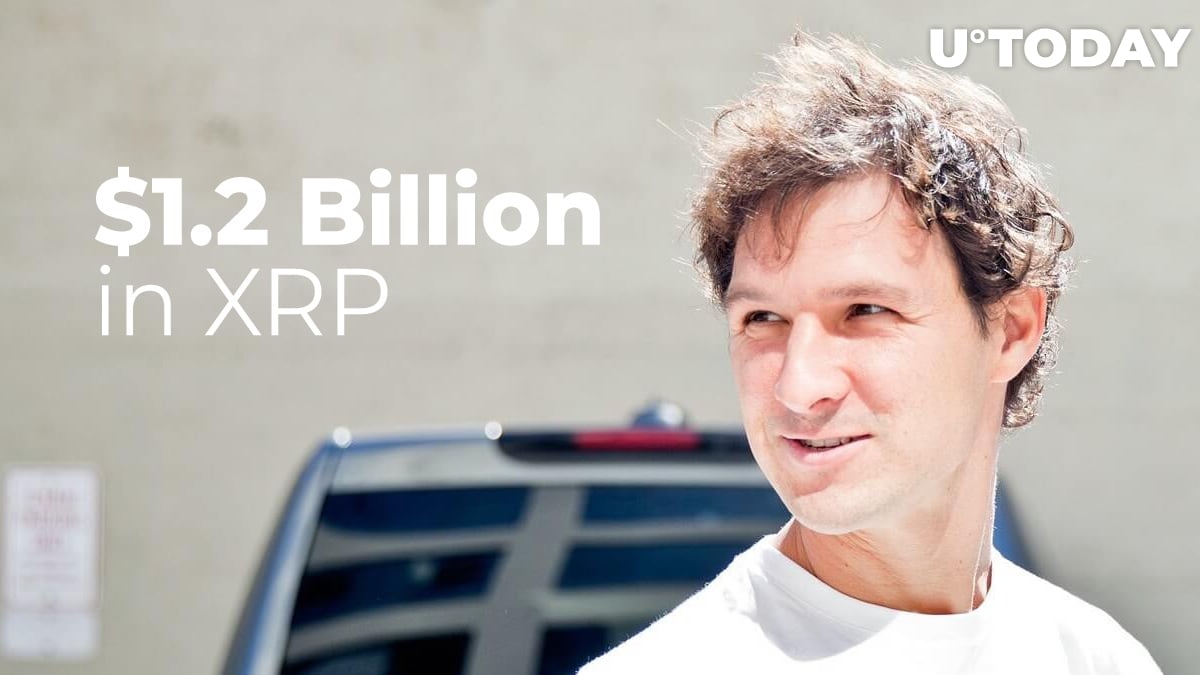 Crypto tracker Whale Alert has shared an update of its article about XRP whale Jed McCaleb, a Ripple cofounder, who has been selling large amounts of XRP since 2013 when he parted ways with the fintech company now helmed by Brad Garlinghouse.

Recent data shows that McCaleb's remaining XRP riches are worth $1.2 billion at an average rate of $0.20.

The article says that, despite the fact that 2020 has not been too kind to the Ripple decacorn, it has been a good year for its former CTO McCaleb—even the best one so far in terms of his XRP sales.

This year, when the world was hit by the pandemic and the recession that followed, Jed McCaleb dumped a whopping 1.2 billion XRP tokens from his "tacostand" wallet.

This brought him $411 million at an average price of $0.34. Thus, the total amount of cash he earned selling his XRP now totals half a billion USD ($546 million, to be precise).

The updated article also states that a total of the remaining XRP held by the former Ripple CTO and the profit he earned on sales, at an average price of $0.20, represent a cumulative $1.2 billion.

By now, Ripple cofounder McCaleb's remaining XRP stash totals 3.274 billion from the XRP that has already been paid to him by the Ripple board as part of his settlement contract.

The Whale Alert article claims that it would take him 20 years to sell the rest of his XRP at the current price of $0.20.

As per recent onchain data, the former Ripple CTO seized dumping his XRP on Dec. 23—two days later after the SEC announced its lawsuit against Ripple, its CEO Garlinghouse and its former CEO Chris Larsen.

Since Larsen founded Ripple (Opencoin back in 2012) with McCaleb, Jed has so far suspended his XRP sales. Garlinghouse and Larsen—and Ripple as an entity—are accused of selling unregistered securities. This was how SEC referred to XRP.

The company made more than $1 billion on those sales. The two aforementioned executives earned $600 million between the two of them.

Disclaimer: Whale Alert emphasizes that none of this data has been directly confirmed by Ripple or Jed McCaleb.