Rimma Trukhina
U.Today had a fascinating discussion with Max Keiser about the global economy, Bitcoin, gold and silver. Read our exclusive interview with the famous broadcaster! 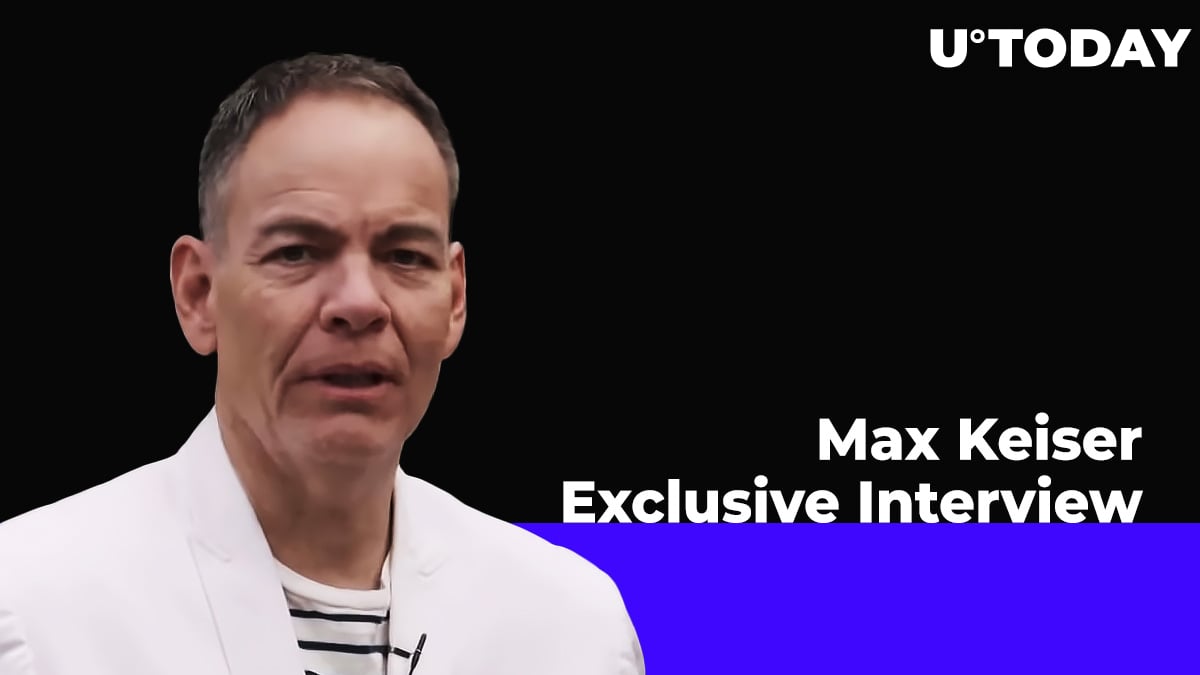 Last week I was lucky enough to have a chance to talk with Max Keiser, a famous broadcaster, financial journalist, filmmaker and the founder of Bitcoin Capital and Heisenberg Capital.

Mr. Keiser started promoting Bitcoin when it was trading at just one dollar, so I couldn’t help but ask him what got him so interested back then. He told me that he was searching for a way to fight back against corrupt bankers and Bitcoin was the way.

We also discussed his spectacular prediction of the Bitcoin price reaching $400,000, so if you want to find out why he still believes in it, you can watch the full video interview below:

Speaking about gold and silver, Mr. Keiser made an interesting point:

“I love gold and silver as safe havens and as stores of value. And I agree with Paul Tudor Jones who recently said that he likes Bitcoin because it's the fastest horse in the race. And what he means by that is that as Bitcoin's market cap approaches the market cap of gold, the price appreciation for Bitcoin will be much faster than that of gold. So, for every dollar in gold price appreciation, you're gonna see $25 to $30 in Bitcoin. And so they're all basically in the same category of insurance against the central bank and wall street bank malfeasance. It's an ideal environment for both gold and Bitcoin. But, in particular, Bitcoin.”

If you’ve read my previous interviews, you might have noticed that I always ask our guests about their crypto investments, and Max Keiser was no exception here. He said that he doesn’t invest in any altcoins because he believes that Bitcoin is the only real cryptocurrency while the others are only pretending.

We discussed many more fascinating topics, so don’t miss this piece on our YouTube channel!