Darryn Pollock
India’s tough stance on crypto may be doused if they decide to categorize digital currencies as commodities, which is on the table 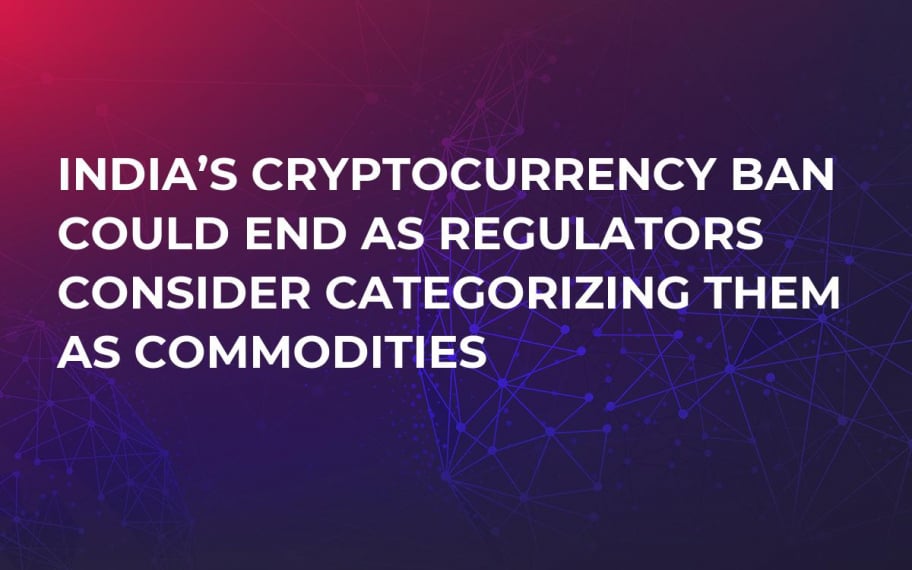 Recently, the Reserve Bank of India won a major battle in the courts as its circular against cryptocurrency businesses that shut them out was upheld. Essentially, this left India in a ban of sorts when it comes to cryptocurrencies, but this could all come to an end.

However, the so-called ban may be short-lived there is evidence coming out of the country that the regulators are looking at recategorizing digital currencies as commodities which would change the whole situation and leave the RBI’s initiatives as null and void.

India itself has not banned cryptocurrencies, and the government has never expressed any negative view against them, it is more that the RBI has said that anyone engaging in cryptocurrency business will not be able to use banking services, which essentially cripples the ecosystem.

While this has been going on though, the government is looking at regulating cryptocurrencies in the country, and the reports coming from there indicate that the decisions made by those in charge could change things for the positive.

A finance ministry panel set up to study them may even suggest that they be treated as commodities.

“I don’t think anyone is really thinking of banning cryptocurrencies altogether. The issue here is about regulating the trade and we need to know where the money is coming from. Allowing it as a commodity may let us better regulate trade and so that is being looked at,” a senior government official with inside information to the government panel discussions told Quartz, requesting anonymity.

The RBI decision is one that essentially has nothing to do with the rules and regulations of the country, but is intended to protect the banking system from money laundering and other nefarious uses.

However, the people in charge of setting up regulations state they are making significant progress.

“We are fairly close to developing a template that might be in the best interests of our country. We have moved pretty far in this regard, and we have prepared a draft that entails what should be banned and what should be preserved.”