IBM Takes Over Big Open-Source Software Distributor, How Will It Affect Crypto? 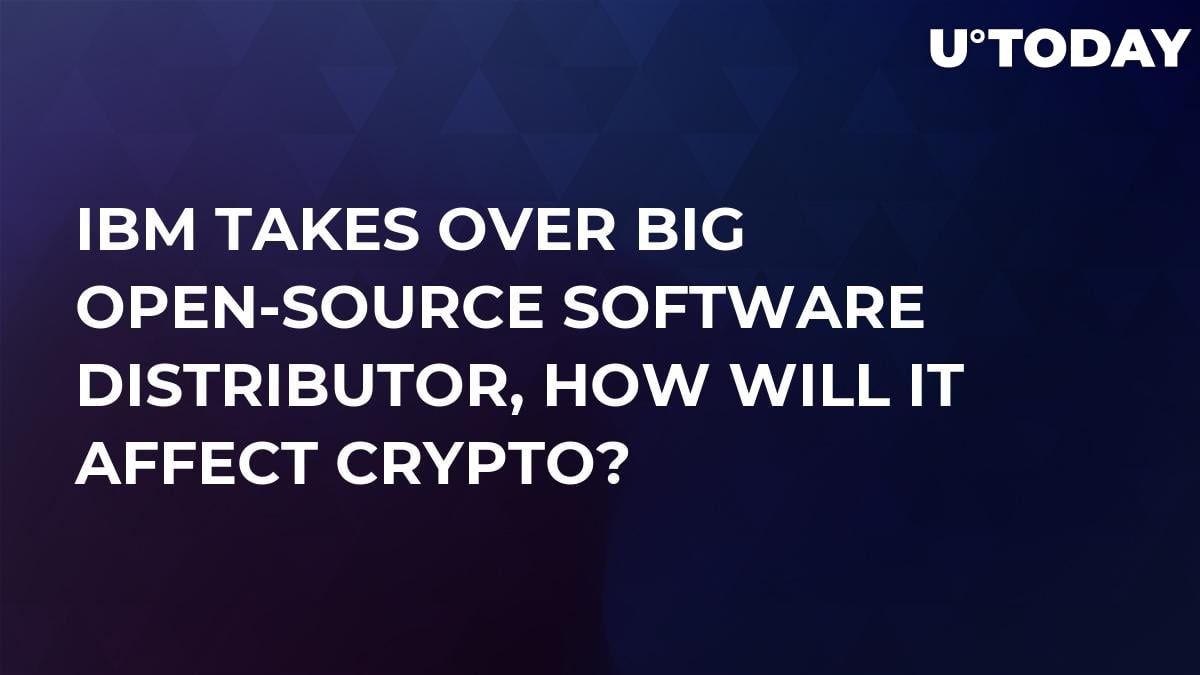 IBM is to acquire the entire shares of the company for $190 apiece. On Friday, before the deal had been announced, every single share of Red Hat was selling at slightly under $120.

25 years ago, Red Hat began to distribute the open-source software made by Linux used for powering corporate data centers. Red Hat did a successful IPO in 1999 and made a $259-million profit on revenue of $2.92 bln during its last fiscal year.

CNBC reports that the deal was initiated by the large banks from both sides. Goldman Sachs with J.P. Morgan recommended IBM to buy, Morgan Stanley along with Guggenheim advised Red Hat to stand under the banner of IBM.

When the deal is closed, the open source software distributor will join the Hybrid Cloud division of IBM, becoming a regular unit inside this big centralized machine. However, Red Hat’s CEO will become part of the IBM’s senior management team and report to the IBM’s CEO.

This merge is so far the largest deal conducted by IBM. Also, it is the third-largest one in the history of the US tech industry. Similar but bigger deals were when Dell merged with EMC and JDS Uniphase bought SDL.

Giants are tightening their centralized grip

Open-source software has been the hottest trend in technology lately. It has been particularly important in the crypto sphere since numerous decentralized platforms are powered by an open-source code. Now, it seems centralized technological giants are reaching to this independent segment of the market.

Earlier this year, Microsoft purchased GitHub, the global crypto hub, where source codes of a great number of crypto platforms can be found. The merge was closed at $7.5 bln. Salesforce also acquired MuleSoft.

However, Red Hat had apparently been planning to merge with a technological giant like Google earlier. IBM seems to be the only behemoth that became interested, though.

Recently, IBM’s earnings seem to have been less than expected compared to the previous quarters of 2018. Before that, the profits of the company had been steadily going down for several years. So now, the giant losing its grip is looking to compete with Amazon and Microsoft in the business of cloud infrastructure. Apparently, it is one of the reasons for purchasing Red Hat in the first place.