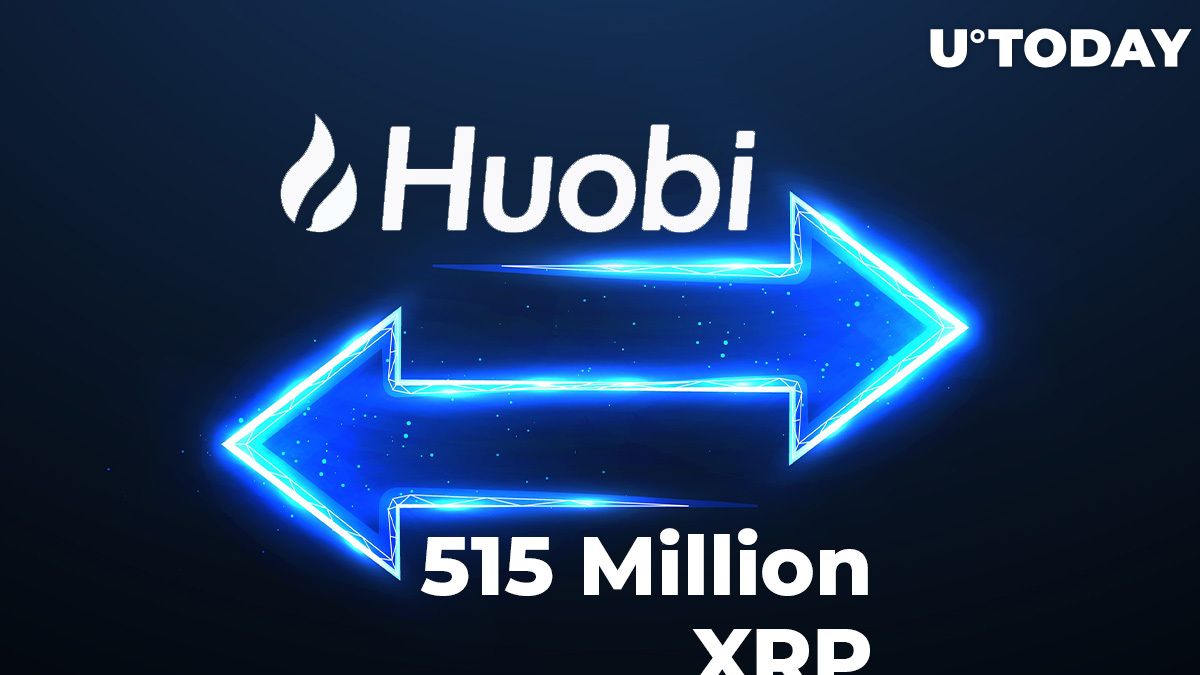 Meanwhile, Ripple, the company directly associated with the coin, has locked almost a billion XRP back in escrow after releasing it from there.

515 million XRP on the move from Huobi

Whale Alert has published the details of two transfers, in which almost $530 million were shifted by the biggest Chinese crypto trader.

A total of 490 million XRP was moved by Huobi between its wallets. Prior to that, the platform sent 25 million XRP to the Binance exchange.

The total worth of both transactions in fiat currency constitutes $528,911,442.

Daily XRP transfers from Ripple to Huobi continue. Data shared by the Bithomp analytics service shows that, since May 5, the fintech giant has been sending 6,679,600 coins.

Thus, in the past four days, Ripple has shifted 26.8 million XRP to this venue. During the previous week, the daily amount of XRP sent to Houbi by the company run by Brad Garlinghouse totaled 4,195,300 XRP.

Related
Ripple Giant Kicks Out Yet Another Billion XRP, While Coin Trades Above $1

900 million goes back to Ripple escrow

After withdrawing a staggering billion XRP from escrow on June 1, today, Ripple sent 900 million from that amount back into escrow.

One hundred million coins remain in Ripple's wallet for further use.

At press time, XRP is ranked seventh on CoinMarketCap and is changing hands at $1.02 per token.