Cyril Gilson
Matthias Michel, head of regional business development of Canton Zug, on challenges and possibilities for ICOs in Switzerland 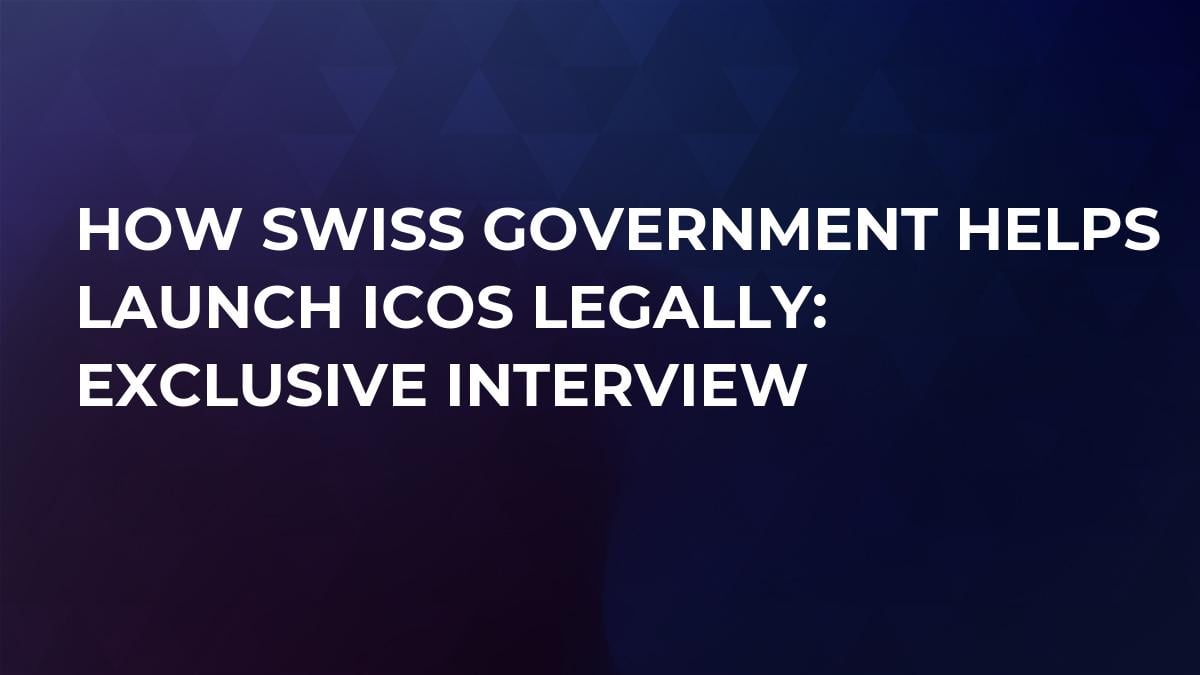 The "Cryptovalley" located in Swiss Canton Zug has become famous internationally as the place where citizens can pay for government services in digital currencies including Bitcoin. Long-term vision, strategy, infrastructure and government support are the factors which attract many entrepreneurs to Zug. Generally, Switzerland with its strong focus on innovation now attracts those who invest into new financial technologies including Blockchain.

We met Matthias Michel, Head of Department of Economic Affairs of Canton Zug at the Blockchain Leadership Summit in Zurich. Mr Michel agreed to talk to us about the challenges and possibilities for ICOs and Blockchain-based businesses in Switzerland

Cyril Gilson: Is it easy to launch an ICO based on the legal framework developed in Canton Zug with your authorities?

Matthias Michel: This question you should ask lawyers or members of the crypto association because they have done it and they can tell you. But it seems it’s possible because a lot of ICOs with big volumes have been created in Switzerland and especially in Zug. There’s a lot of lawyers, of fintech people in Zug and in Zurich, and a lot of knowledge on the subject.

CG: What seem to be the main problems, the main challenges, main hurdles in doing it?

MM: They say the main problem is working with traditional banks. You get a bank account and here banks hopefully want to be very compliant with regulations, and at the moment not every regulation is clear because it’s a dynamic evolution going on.

With the whole crypto technology, not every regulation is clear yet, so the banks will wait for clear regulations to have relationships with ICOs, to accept them and so on. It seems that’s the main challenge.

MM: I cannot speak for the banks as I speak for our government. First, we think that Blockchain technology is just a part of the digital revolution, digital development. It’s a technology that can be used for good things and bad things, but you have to approach it.

Let’s take the example of the city of Zug. They thought — okay, we are eager to know what’s going on and you can only know a technology when you apply it. So they apply it to their own administration. So let’s say you can pay some expenses in Bitcoin in the city of Zug.

In my register of commerce, within my governmental department they say — okay let’s accept a company to be founded with Bitcoin, so it’s not in cash but a deposit of Bitcoin evaluated in Swiss francs, so let’s try it out because if you try it out you’ll learn. That’s maybe a symbol of our open access to the technology to learn, and after learning only if you know how it functions you can create the goods and the right regulation.

We work in the task force together with the industry on how to approach this technology and how to do it in a smart and smooth way. Our aim is not to forbid it, but to enable it, giving clear regulation on what’s possible and what’s not.

For the industry, it’s important to have stability and to know what right and what’s wrong - that’s why the regulation is needed. We are working in a dynamic way. I mentioned these examples to show that we are open to this technology, which will be important for the future in any case. As the Chinese say, ‘You had better build windmills than walls.’

MM: Our financial regulation is centralized. The country is quite decentralized in taxes, tax laws, in other areas. As different cantons and cities, we compete with each other as locations. We can handle a lot of key factors ourselves: taxes, universities on the cantonal level, transportation, infrastructure. We have a lot of factors, which we shape in our small states. Therefore, we want to be the best within our country to be able to compete with other cantons. We try out to attract industries of the future to get them based in Zug. That gives us a sort of competition within the country and competition leads to the best solutions.

So let’s say the register of commerce in Geneva will apply a Blockchain-based solution, then we apply one. That’s the advantage of decentralization that different states, 26 states, compete with each other for the best solutions.

CG: But what about competition with places like Singapore or Puerto Rico with its special taxation regime?

And finally our thinking is that you cannot compete only with one factor at hand. If you have a business that needs a lot of natural spaces to build big plants — you won’t come to Zug or to Switzerland because we don’t have that much space. If you want to build a solar plant you will build it better in a desert, not in green Switzerland.

Maybe there are places in the world where you don’t pay any taxes at all, but if you go there you won’t find any talents. You need to have a combination of a moderate tax system, reliable politics, stability, good infrastructure, good schools, good universities — it’s always the combination, which can attract companies and people.