How to store Monero (XMR): 5 Best Wallet to Store Monero 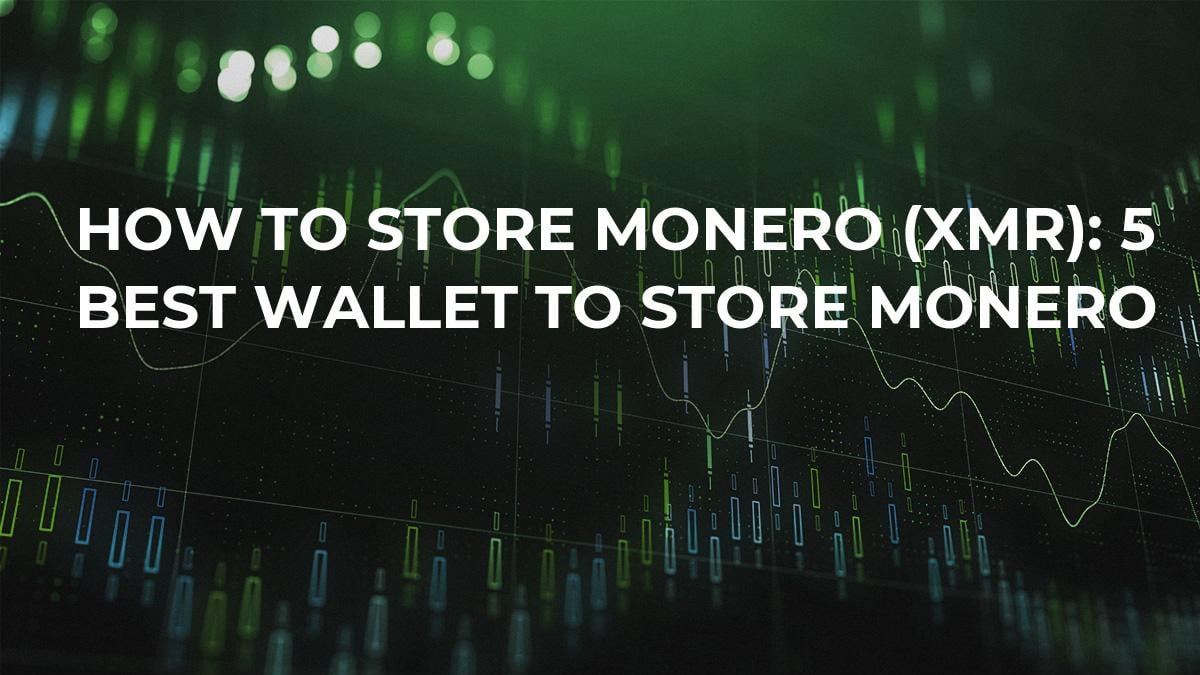 Monero is considered to be well-known cryptocurrency, which focuses on scalability, privacy and decentralization. Nowadays it gives preference to the so-called open source public ledger to the record transactions. In addition, it creates new units with the help of mining. The Monero important aim is to hide the sender and recipient’s details as well as and every transaction value.

Up to the present moment, this blockchain has been based on the “CryptoNote” protocol. This fact prevents men and women from tracing back transactions by the blockchain in order to reveal the person, who has sent or received coins.

The Monero system is able to obtain the high privacy level, with the help of the following points

The mentioned above ring signatures are able to help the sender to hide the data among the other transactions, the stealth addresses close the proper receiver’s address, and RingCT are used instead of the amount transacted. It makes the entire transaction the secret completely.

The success of this system in making all the transactions private arises the great interest among contemporary crypto-enthusiasts. The wiki is going to create the so-called Monero wallets review. It will help the future investors to choose one of the most profitable Monero wallets as well as to show them the most successful ways to keep Monero (XMR). However, we can’t but mention that this review is extremely important, because the ordinary amateur has to find out all the necessary answers before a Monero wallet selection.

At the first sight, it may seem that the Monero Wallet web site appears legally, but its drawbacks are seen in the course of time.

Under some conditions, there is a conclusion that Monero Wallet hasn’t taken officially by the contemporary Monero community.

Of course, it is a quite inconvenient thing to find out that the required Monero Wallet is absent in the list of the official wallets.

In addition, we would like to remind that the main aim of the corresponding web site is just to explain the potential users about the Monero perspectives. The creators do not want to discuss any Monero Wallet typical characteristics. As a rule, this source does not contain any protocols or algorithms. The confidence and the safety of the stored coins are guaranteed.

In accordance with the legal perspective, the current Monero Wallet web site claims that all available rights are reserved by Monero. There is a common mistake that Monero has nothing in common with Monero Wallet. (Source: “Monero Wallet – XMR wallet scam Beware of Wallet-Monero.org,” BitcoinExchangeGuide, last accessed December 19, 2017.)

That is why in the case you are planning to find the best wallets to keep Monero, the current Monero Wallet should be unfortunately the last one in your personal list. To tell you the truth, it shouldn’t be in your list in general.

The list of the most convenient Wallets to Store Monero

In general, there are five various types of wallets, suitable for keeping Monero. They are the following ones: online web wallet, full node wallet, GUI wallet, hardware wallet, and paper wallet. And now we are going to investigate each of them in details:

Despite the fact that Monero is in the list of the most famous cryptocurrencies in the contemporary market, there are at least a few wallets, which are able to store Monero. Up to the present moment all the users, who are interested in keeping Monero should meet the following recommendations.

Before you come to the conclusion and select the wallets from the list proposed above, there are some things you have to know about your Monero coin.

Some Pieces of Information for Successful Monero Storing

Nowadays the Monero keeping and transferring is based on two main cryptographic keys, which are represented by spend and view ones. Every key involves 64 characters. In order to authorize the Monero account fund transferring, you’ll need to use the particular spend key. The view key, as you can understand from the name, allows you to look through the balance in an account but it does not grant any access for fund transferring.

Together with the view and the spend keys, the Monero account has a public address as well as a mnemonic seed.

The public address is given to send Monero to your personal wallet.

The so-called mnemonic seed is a word line, which is given to you when you create your account for the first time. It is a special backup mechanism, which will be useful in the case of the account restoring.

To sum up, it is necessary to mention, that it doesn’t matter which wallet you choose for your Monero coin storing. The important thing is to write down several copies of your mnemonic seed (keys) and hide them in various reliable places.