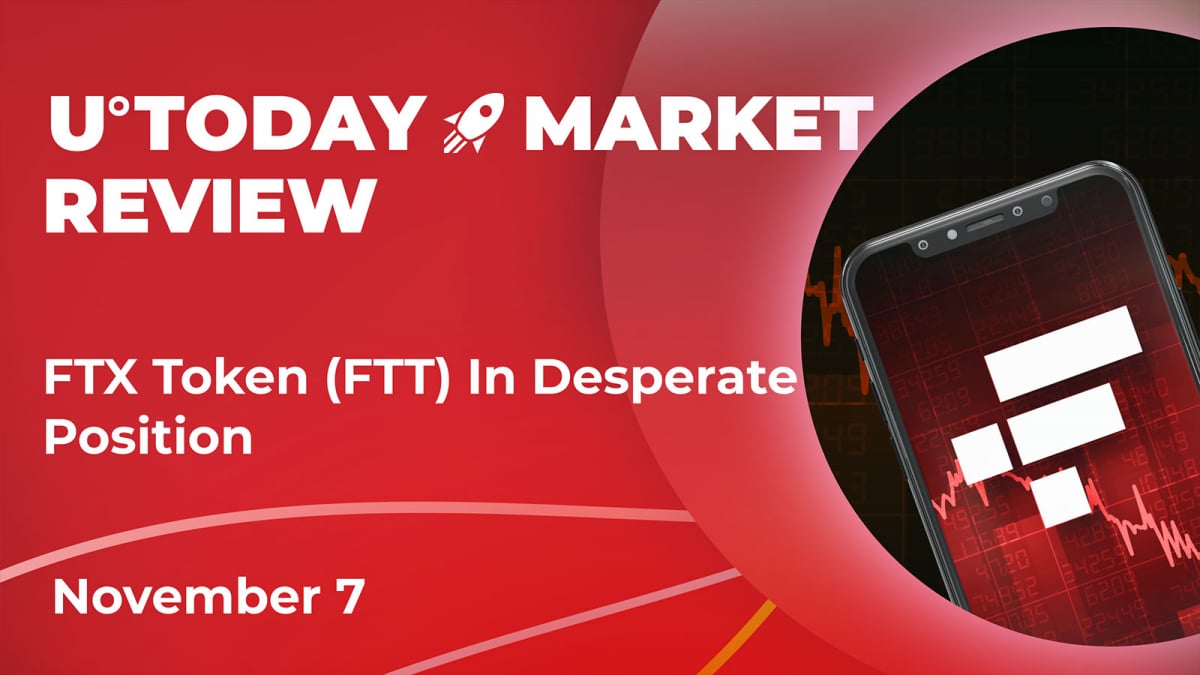 The cryptocurrency industry was shaken by the most recent news about the desire of Binance to sell its FTT holding for undisclosed reasons. The news caused a disturbance on most assets, including Ethereum. However, some cryptocurrencies are still showing strong performance.

As we mentioned in our previous article, the fact that Binance has a plan to sell millions worth of FTT tokens on the market caused a panic among FTX investors. The exchange had no other choice but to pull funds from its reserve wallets to handle a surge in withdrawals.

According to on-chain data, FTX saw around $500 million in outflows since Binance's announcement. The FTT token also took a severe hit and plunged by more than 16%. While the brief growth at the bottom seemed like a sign of a recovery, investors quickly pushed it down.

As the data shows, the most likely source of buying support came directly from FTX and had nothing to do with the natural movement of funds on the market. Clearly, FTX remains a solvent entity able to handle any kinds of debt at this point, not taking into account Alameda's funds that will most certainly be used to solve any issues that the exchange platform will have.

However, the surge in outflows is beneficial to Binance, which will most likely become a new home for those funds.

Litecoin's rally is not stopping

While some part of the cryptocurrency market remains in panic, assets like Litecoin show nothing but strength on the market, with their value reaching new highs. In the last seven days, LTC saw a 35% price increase and broke through the local resistance level, reflected in the 200-day moving average.

Previously, LTC has been showing an unusually strong performance despite the correction of the market. Unfortunately, all the signs show that Litecoin will most likely stop around the current price as the descending volume and the oversold RSI hint at a correction.

However, the short-term cooldown might launch yet another rally on LTC, which would put it into reversal status.

Ethereum trying to catch up

The aforementioned situation around FTX potentially brought pessimism to Ethereum investors, as its performance was similar to what we saw on FTT. The second biggest cryptocurrency on the market lost more than 3.5% of its value since yesterday and now forms a spinning bottom candlestick pattern.

Since FTX remains one of the biggest derivatives trading platforms, Ethereum might get hit amid the FTT crisis. However, the stabilization of the whole situation should cause a relief rally, fueled by the recovery of Bitcoin and the cryptocurrency on the market in general, thanks to easing sentiment around the U.S. monetary policy.

In the midterm, Ether has been showing a solid performance, with the price of the Buterin's cryptocurrency gaining more than 16% to its value in the last few weeks, hinting at a potential recovery after a depressing September and October.