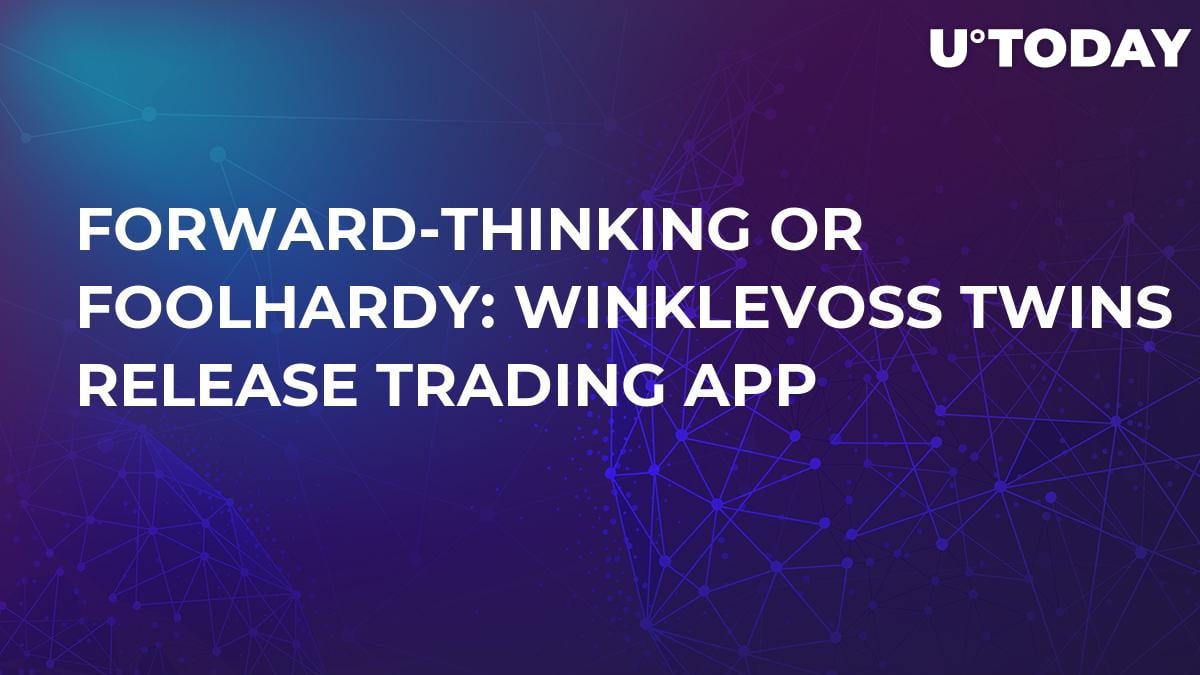 It is quite apt that, on the announcement of their mobile crypto trading app together with a new investment vehicle, the Winklevoss Twins of Gemini exchange called this current harsh cryptocurrency bear market a ‘Winter.’

Not much happens in a winter — especially when it comes to bears — and thus it is bold for these Bitcoin believers to be forging ahead with cryptocurrency products despite a marked reduction in value and interest.

Only time will tell if this bullish sentiment in such a bearish market will be rewarded further down the line. However, the likes of these firm Bitcoin-believers, along with others who remain bullish, have seemingly always succeeded in going against the stream.

The move from the Winklevoss twins to launch such an app is part of their strategy to expand their reach and influence, including trying to break into the Asian market in 2019. They continue undeterred by not only the market, but also by being denied their Bitcoin ETF application twice by the SEC.

According to a tweet from Cameron, the Gemini app has been long-awaited, and again, this is despite the general negative sentiment plaguing the cryptocurrency space.

If I got 1 bitcoin for every time someone asked me when @Gemini is going to launch a mobile app I would have more bitcoin than Satoshi! https://t.co/qXZRySixlg pic.twitter.com/yVYhHkj0M9

Users can also see the total value of their current portfolio and set price and percentage value change alerts for their chosen coins.

Further functionality includes a “recurring buy” feature, as well as support for a newly-launched investment vehicle dubbed “The Cryptoverse”, which is a basket of cryptocurrencies, weighted by market capitalization, to be bought as a single order.

The Winklevoss Twins were regarded as the first individuals to become cryptocurrency millionaires when the price of cryptocurrencies were tipping the high end of the scales, thus it is unsurprising that they are continually bullish in their belief in digital currency.

“We’re totally at home in winter,” said Tyler, and his twin Cameron added that “it gives us time to build internally, and refine and kind of catch our breath.” Cameron contextualized the new app as a bid to reach out to retail investors, telling Bloomberg that:

“A lot of our decisions have perhaps given off a perception that we’re more institutional-based. The reality of the situation is that we have a diverse customer base. And the retail story is just beginning.”

It is hard not to be inspired by the bullish sentiment of the Winklevoss Twins, especially if one looks deeper at the way in which they are moving through the cryptocurrency space. It has become clear that the future of cryptocurrencies lies in being regulated and accepted by lawmakers.

The Winklevoss Twins have made it their mandate to insure they are on the right side of the law when it comes to their offerings with the exchange, Gemini, fully regulated, as well as their own stablecoin offering getting a seal of approval from the New York State Department of Financial Services (NYDFS).

The adage often goes in trading that one should be buying when there is blood in the streets, and this is exactly what the Twins are doing as they plan for the future of cryptocurrencies rather than being deterred by what is happening today.