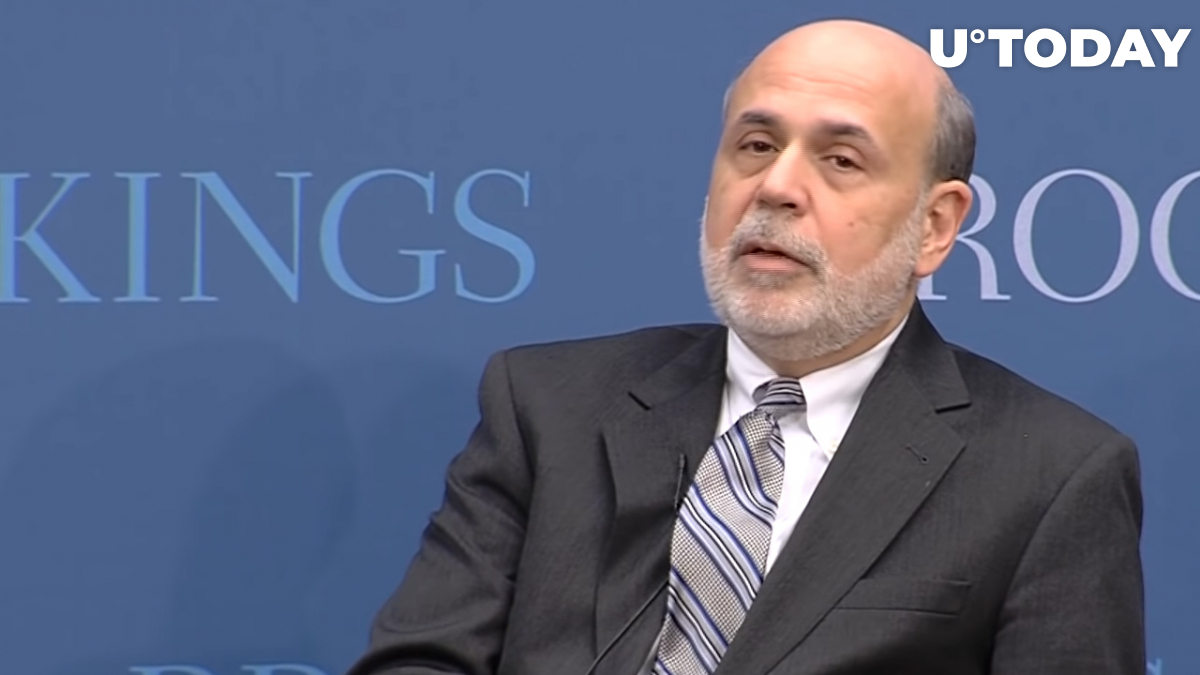 During his Monday appearance on CNBC, former Federal Reserve Chairman Ben Bernanke opined that Bitcoin was not going to take over as an alternative means of payment.

Bernanke notes that it was intended to work as a substitute for fiat money, and it has failed to succeed in that respect.

The prominent American economist has noted that nobody buys groceries with the help of Bitcoin because it is "too expensive" and "too inconvenient" to do that.

Pricing goods in Bitcoin would be a major challenge since its value tends to significantly fluctuate from day to day, according to Bernanke.

The former Fed chair is convinced that Bitcoin is mostly used for underground economic activities to buy things that are illegal or illicit.

He, however, adds that Bitcoin will be around as long as people want to speculate.

Bitcoin, according to Bernanke, has no underlying value since it is not used in dentistry or other industries.

"The underlying use value of Bitcoin is to ransomware or something like that," he said.

The economist predicts that the cryptocurrency will face a lot more regulation.

The Fed needed to act sooner

Bernanke, who left the Fed as chairman back in 2014, oversaw the central bank's response to the 2007-2009 financial crisis. He is particularly famous for introducing near-zero interest rates and quantitative easing to fight the Great Recession.

After the pandemic hit the U.S. economy in 2020, Bernanke suggested pioneering negative interest rates, but the Fed did not go that far.

In his latest interview, he criticized the Fed for waiting too long to respond to out-of-control inflation.

As reported by U.Today, the central bank announced the biggest rate hike in 22 years earlier this May, pushing risk assets significantly lower.