Patrick Thompson
BitConnect has been sued for the fifth time. 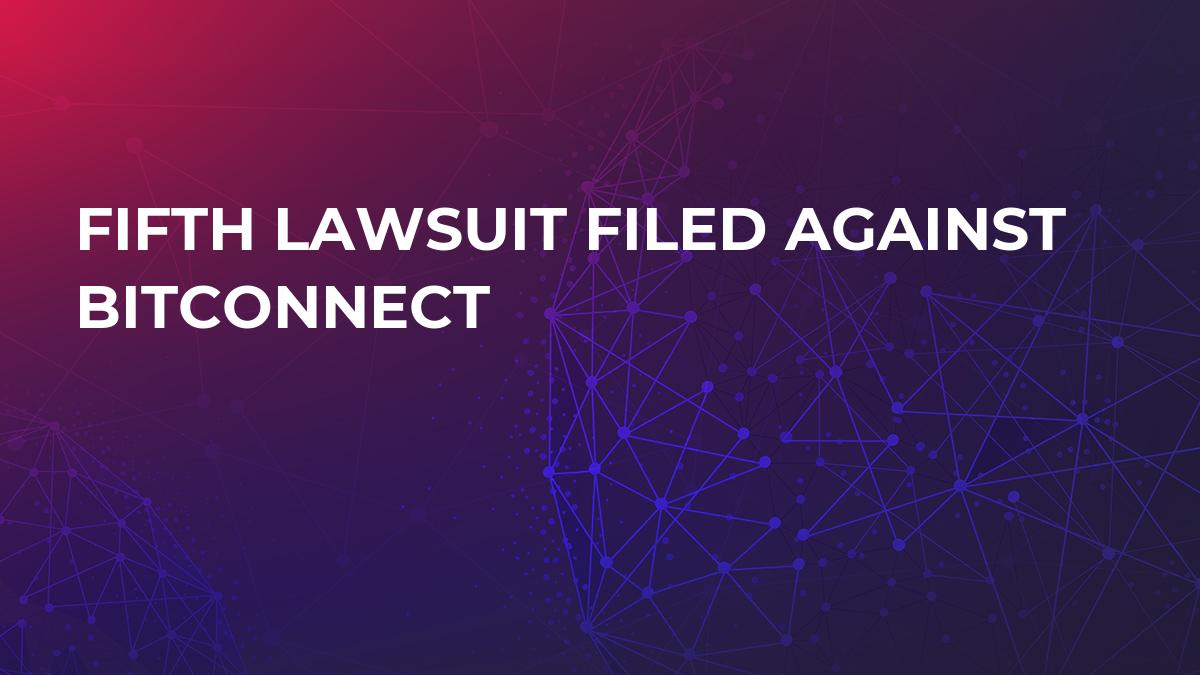 The very first lawsuit to be filed against BitConnect came from six investors who have lost a total of $771,000 on BitConnect. The lawsuit was filed by Florida based law firm Silver Miller. The six plaintiffs claimed that BitConnect violated the Securities Act by issuing unregistered securities in the state of Florida. BitConnect was offering an exchange and a lending platform, where holders of the BitConnect coin (BCC) were promised returns of 120 percent per year...so you shouldn’t be surprised to hear that this is not the first time BitConnect has been accused of issuing unregistered securities.

BitConnect received their first cease and desist letter from The Texas State Securities Board (TSSB) on Jan. 4, 2018. The letter from Texas states,

“BitConnect is soliciting investors for cryptocurrency-based programs that the company claims will deliver annualized returns of 100% or more, according to the order entered Jan. 4 by Securities Commissioner Travis J. Iles.”

The TSSB requested that BitConnect immediately stop their operation. This included cancelling what was their upcoming ICO of Jan. 10.

A few days after receiving the cease and desist letters, BitConnect posted a few messages on Twitter that caused people to believe that BitConnect was exiting a scam. When investment returns sound too good to be true, they usually are.

The newest lawsuit has been filed by Florida residents Andrew Kline, Dusty Showers and Lena Hunt and Rhode Island resident Charles Mabra. A few of the defendants listed are BitConnect director Glenn Arcaro and affiliate Ryan Maasen. The lawsuit claims that BitConnect sold unregistered securities in both of the states and committed fraud by promising astronomical returns to those who invested in BitConnect coin (BCC). The group is also arguing that BitConnect violated Florida’s and Rhode Island’s trade and securities laws.

The group is seeking a trial by jury which would result in damages being paid out by the defendants if the group is successful. Since the cease and desist letters and lawsuits, the BitConnect token has fallen from a high of $454.44 on Dec. 28, 2017 to $3.04 on Feb. 12, 2018.