FIFA World Cup in Focus of TRON’s Cooperation With vSport 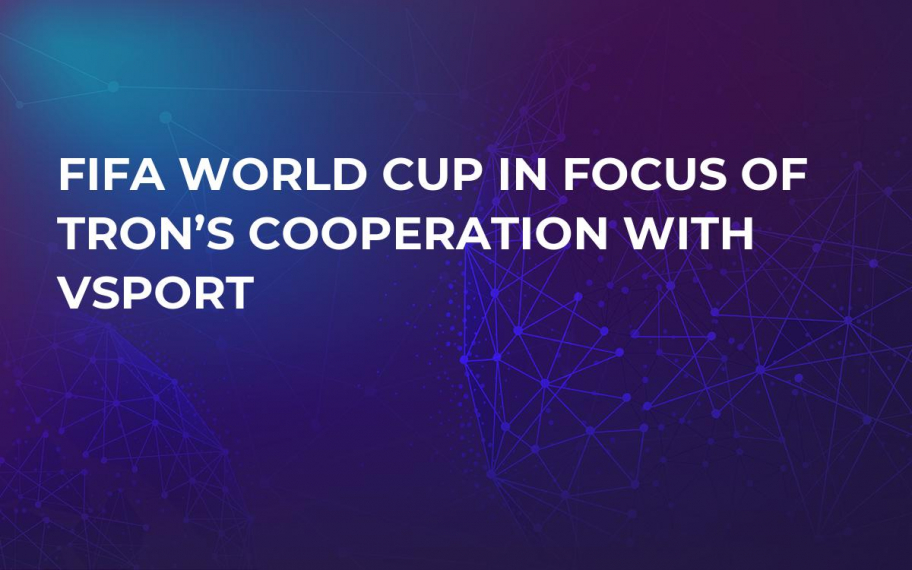 This news has given both Tron (TRX) and the world of football a great boost after vSport had chosen to cooperate with the famous crypto company. This event has been announced by Tron’s CEO Justin Sun and a Co-founder of vSports Wesley Sneijder on Twitter.

In his tweet, the head of the TRX platform sounded very excited about the partnership and the chance to use the distributed ledger technology (DLT) for solving issues inside the football sphere and the sports industry on the whole.

vSport is the first non-profit Blockchain platform designed to solve issues in the sports industry and reform it. Therefore, this cooperation has two important purposes.

First, Tron is about to launch its MainNet within about seven days. This new partnership will give the company an extra boost and attention.

Second, this deal will allow both platforms and the DLT itself to grab a huge focus of the public since millions of people will be watching the FIFA World Cup. Last time, when this event took place in Brazil, there were over three million viewers around the world. This year a higher viewership is expected since the thing will take place in Russia.

The two Blockchain platforms are going to share their resources, communities, solve technical issues together and bring high-quality content to the viewers. Besides, they will try to expand each other’s audience. Due to this cooperation, the DLT has excellent chances to become recognizable in the sports communities around the whole world.