Denys Serhiichuk
Which of the altcoins may grow faster in correlation to Bitcoin (BTC)? 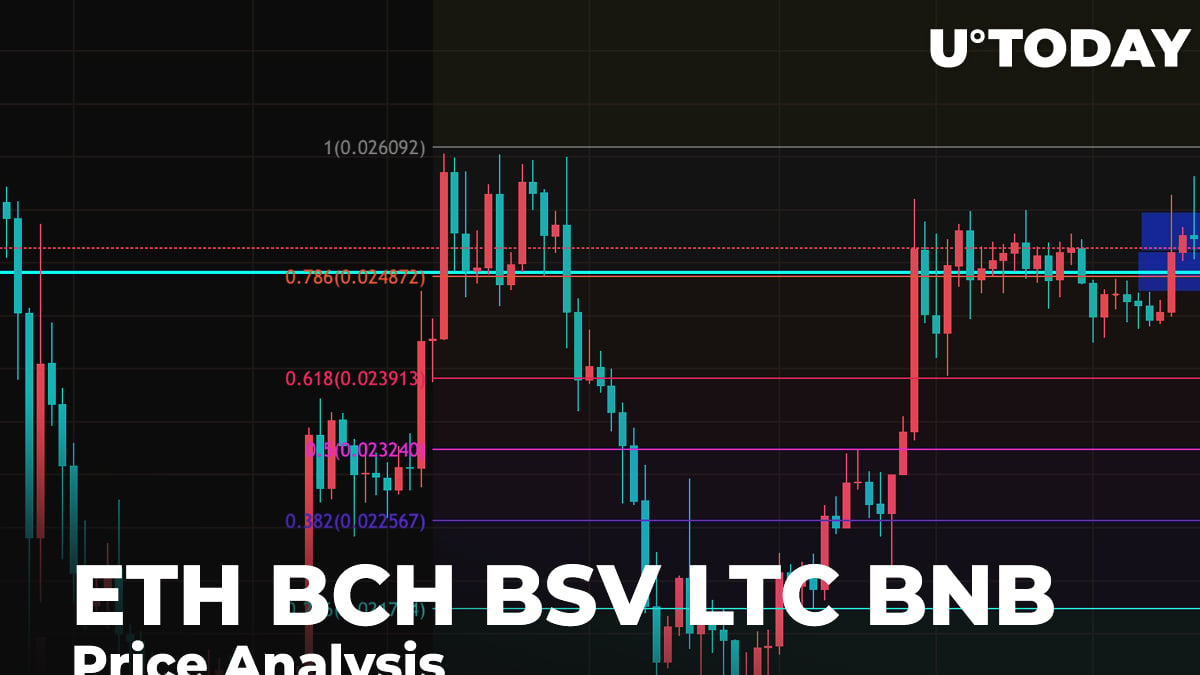 Since the beginning of the day, cryptocurrencies have been unable to maintain short-term growth. Respectively, all of the Top 10 coins have come back into the red.

If Ethereum (ETH) is falling against the U.S. Dollar, then its rate is in correlation with Bitcoin (BTC) and is showing better price dynamics. The price of the leading altcoin against BTC has remained relatively in the same position since yesterday.

On the daily chart, Ethereum (ETH) is trading within the rising channel since mid-May. However, the trading volume remains the same, without a significant rise.

In terms of the liquidity level, it is quite high at the current area which means that the current zone is good for buyers. As the more likely scenario, traders may expect a move to the top level of the channel at 0.0255 BTC shortly.

Bitcoin Cash (BCH) is looking much worse than Ethereum (ETH) against Bitcoin (BTC). The rate of the coin has lost 0.58% over the last day.

The short-term outlook for Bitcoin Cash (BCH) is bearish as there is a buyer's influence to push the price higher. What is more, there is s bearish divergence on the Relative Strength Index (RSI). To sum it up, there is a high probability of seeing BCH trade near the 0.0245 BTC level within the next days.

From a technical perspective, Bitcoin SV (BSV) is trading in a similar manner to Bitcoin Cash (BCH). The rate of the coin has dropped 0.24% since yesterday.

Bitcoin SV (BSV) has been trading in the descending channel since the start of May. At the moment, there are no signals that indicate that the altcoin may bounce off. Its trading volume is at a local minimum level. This is why the 0.018 BTC area may be tested shortly.

Litecoin (LTC) is one of the few coins that may grow faster than Bitcoin (BTC). The rate for the 'digital silver' has gone up by 0.42% in the last 24 hours.

Litecoin (LTC) has bounced off its support zone at 0.004580 BTC, confirming pressure from the bulls. The rise is accompanied by the late amount of trading volume, which means that the growth is not a false breakout. The next resistance that might be an obstacle for the bulls is at 0.004735 BTC, which may be achieved shortly.

Binance Coin (BNB) has lost about 0.35% since yesterday against Bitcoin (BTC); however, it still has growth potential.

Binance Coin (BNB) rested its support level at 0.0017 BTC, which was followed by a bounce off. However, this rise is unlikely to continue because there was no volume support. In this regard, a sideways trend is more likely as neither the bulls nor the bears are controlling the situation at the moment.