Yuri Molchan
A block producer failed to comply with ECAF (EOS Core Arbitrage Forum) and caused a loss of 3,570 EOS 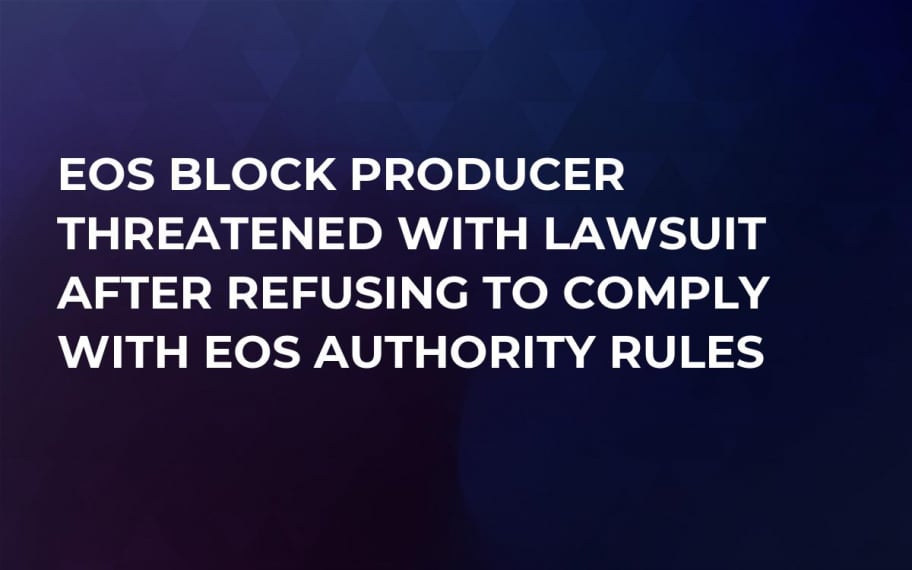 As any new system just taking off, EOS has a bunch of drawbacks. This became obvious when recently a block producer failed to comply with an ECAF order to upgrade its configuration and block 27 accounts. Now ECAF is threatening it with a legal action.

The block producer (BP) that let this goof-up take place was unable to receive the updated blacklist. The ECAF took this error hard, taking into account the fact that BPs receive a healthy profit for providing the network security– around $10,000 in EOS equivalent per day. As a result, one of the accounts lost over 3,500 EOS coins.

Tuesday the guilty BP wrote in the r/eos subreddit its apologies regarding the trouble it had caused that made the loss of 3,570 EOS tokens possible and said that it was ready to compensate it.

It also suggested the other block producers together developed some sort of software that would support a platform for publishing ECAF arbitration orders. This way such errors could be avoided in the future.

The incident clearly demonstrates how centralized in reality EOS is– it is controlled by nearly two dozen companies with big EOS balances.